Late Lady: Billie Holiday On Verve In The 1950s 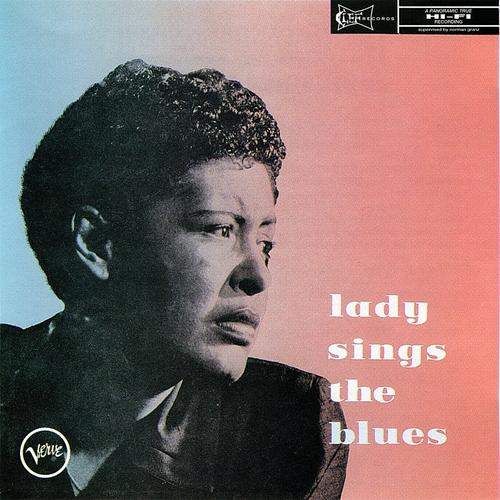 On April 7, 1952, Billie Holiday turned 37 years old. The singer, whose career had started in the mid-1930s with numerous small-group jazz recordings featuring her in the company of jazz greats such as saxophonist Lester Young and pianist Teddy Wilson, had seen her star ascend throughout the 1940s, scoring a hit with the song "Lover Man" and appearing in the film New Orleans. But it was a troubled period for Holiday as well; she developed an addiction to heroin, and a narcotics bust in 1947 resulted in her serving nearly a year at a federal prison in West Virginia, as well as the loss of her cabaret card, which was required to perform at any New York City nightclubs that sold alcohol. Another arrest followed in 1949. Holiday's marriage to trombonist Jimmy Monroe and her relationship with trumpeter Joe Guy both ended as well. And Holiday's voice, which had been in its prime during her time on the Decca label from 1944 to 1950, was beginning to show evidence of decline, exacerbated by her drinking, smoking, and use of drugs. By 1951, biographer Donald Clarke notes, she "had no manager, no regular accompanist, and no more studio recordings."

Granz To The Rescue

The following year promoter Norman Granz, the man behind the Jazz at the Philharmonic concert tours, signed Holiday to his Clef and Norgan labels, which would eventually become Verve Records. "Billie was a great artist," he later said, "and she needed recordings, so you did them." Over the next few years Granz would put Holiday, who had often recorded with strings and larger ensembles for Decca, in small-group jazz settings that harkened back to her classic 1930s sides, employing outstanding musicians of the day such as pianist Oscar Peterson as well as swing-era veterans like trumpeter Harry Sweets Edison to work with Holiday. Holiday was older now, with a lived-in voice that bore the personal weather marks of drug addiction, justice-system persecution, and unhappy love affairs, but through it all she retained her artistic dignity and created some of her finest work, infusing these recordings with an emotive resonance that makes them a fitting series of concluding chapters for her musical story. "East of the Sun (and West of the Moon" and "These Foolish Things," from Solitude, her 1952 debut LP for Granz, are two such examples of Holiday's late-period virtuosity.

Though Holiday's voice was in good form throughout most of Solitude, what ultimately carries her through her Verve era is her nuanced ability to interpret the standards she was singing. She was still capable of occasional buoyancy, as we'll hear with "I've Got My Love To Keep Me Warm," but there was a bitterly-tinged realism that sometimes came through in the reflective heartbreak of the more downbeat ballads she performed such as "Willow Weep For Me". Reviewing a box-set reissue of Holiday's Verve recordings in 1985, jazz critic Larry Kart observed that

the emotional tone of Holiday`s later work was richly complex-a blend of compassion, rage and pathos that arose as she roamed the dream world of American popular music, aware that its romantic images were false but unable or unwilling to escape from their grip.

"I'd Rather Hear Her Now"

By the mid-1950s a critical notion was already emerging that Holiday was deteriorating as a vocalist, based on the crack and wither that sometimes now appeared prominently in both her recordings and performances. But another point of view was developing as well. Comparing her 1930s small-group recordings to her work in the 1950s, trumpeter Miles Davis said:

I`d rather hear her now. She`s become more mature. Sometimes you can sing words every night for five years, and all of a sudden it dawns on you what the song means. So with Billie, you know she`s not thinking now what she was in 1937, and she`s probably learned more about different things. And she still has control, probably more control now than then.

In 1956 a landmark event occurred in the emerging Holiday legend: the publication of her autobiography Lady Sings The Blues, co-written with William Dufty. Though the book was studded with factual inaccuracies, it provided a poignant and poetic account of Holiday's life, as well as a new way of marketing the singer's emerging iconic narrative. In November a concert was staged at Carnegie Hall to pay tribute to Holiday and the book; it featured Gilbert Millstein, a New York Times writer, reading excerpts from the book in-between musical performances by Holiday herself. (Millstein would make a bigger impact the following year by writing a positive, highly-influential New York Times book review of a new novel-Jack Kerouac's On The Road).

Holiday also recorded an album for Verve that year called Lady Sings The Blues, to help promote the book. On it she revisited a number of earlier songs from her repertoire, including "Travelin' Light," which she had originally done with Paul Whiteman's orchestra in 1942, and "Good Morning Heartache", by 1956 perhaps a signature song for the image of Holiday that had taken hold in the public consciousness.

A Life Ending, A Story Still Being Told

Holiday biographer Donald Clarke notes that Lady Sings The Blues led to "one last burst of stardom" for Holiday, and at the same time one last spate of recording sessions for Norman Granz, all done with some of the usual top-notch Granz-picked suspects: tenor saxophonist Ben Webster, who had recorded with Holiday in the late 1930s, former Count Basie trumpeter Harry Sweets Edison, guitarist Barney Kessel, and pianist Jimmy Rowles. Across seven dates in a six-month stretch--five of them coming in one work-intensive week in January 1957--Holiday made her final small-group studio recordings, negotiating a slew of songbook standards with artistic grace and emotion, the accumulating fade and limitations of her voice turned as much as possible to expressive advantage.

In 1958 Holiday made a haunting album for the Columbia label with arranger Ray Ellis and strings, done out of Holiday's desire to sing in a Sinatraesque setting, called Lady In Satin, which many fans and listeners often regard as her valedictory recording. It was not; the following year she'd return to the studio with Ellis for a followup, this time for the MGM label, which would eventually fall under the same ownership purview as the Verve recordings that she made for Norman Granz. Subsequently released as Last Recording, done just several months before Holiday's death at the age of 44 on July 17, 1959, it's a session that finds her actually in slightly better voice than the previous year's Lady In Satin. With this date, Holiday's career, and shortly afterwards her life, would end; but as a song poetress, a complex emblem of humanity, and above all a jazz singer of influence to both vocalists and instrumentalists, her story was just getting underway.