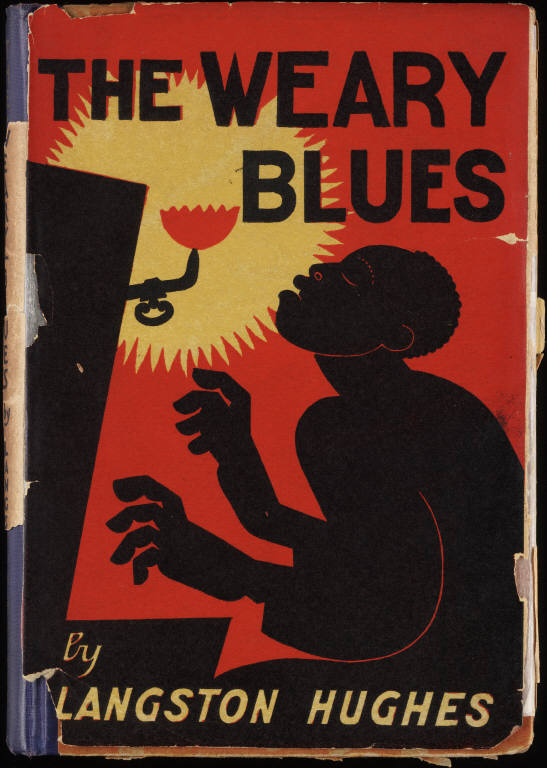 We know Langston Hughes as a celebrated African-American author of poems, essays, stories, memoirs and more. But Hughes also wrote songs-hundreds of them. Music was at the heart of his work, with jazz and blues informing the cadences, structures, and subject matter of many of his poems. In an early essay, "The Negro Artist and the Racial Mountain," he touted jazz and blues as a valid and vital expression of African-American identity in art; he was one of the few literary figures in the Harlem Renaissance to do so:

Most of my own poems are racial in theme and treatment, derived from the life I know. In many of them I try to grasp and hold some of the meanings and rhythms of jazz. I am sincere as I know how to be in these poems and yet after every reading I answer questions like these from my own people: Do you think Negroes should always write about Negroes? I wish you wouldn't read some of your poems to white folks. How do you find any thing interesting in a place like a cabaret? Why do you write about black people? You aren't black. What makes you do so many jazz poems?

But jazz to me is one of the inherent expressions of Negro life in America: the eternal tom-tom beating in the Negro soul-the tom-tom of revolt against weariness in a white world, a world of subway trains, and work, work, work; the tom-tom of joy and laughter, and pain swallowed in a smile. Yet the Philadelphia clubwoman is ashamed to say that her race created it and she does not like me to write about it.

More About Langston Hughes and Jazz