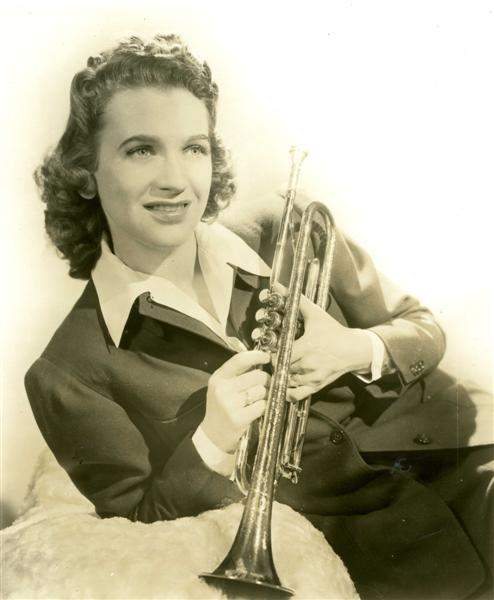 (Please also see my post for NPR's A Blog Supreme, which covers some of the same ground: The Women In Charge Of The Band)

The history of women in jazz is an uneasy narrative. Here‘s a music that acted as such a powerful force for racial integration in American society, and yet when it comes to gender, there was a barrier for many decades in the jazz world. Women singers were tolerated and even spotlighted, especially with the advent of the big band era, but instrumentalists had a much tougher time of it. Many male jazz musicians, writers, and fans believed that women could not play jazz, or at least play it as well as men. When women instrumentalists did get to perform and record, the response was often, "You play pretty good…for a woman."

In this Night Lights show we‘ll look at some jazz women of the 1940s, a decade when the cultural upheaval of World War II created more opportunities for female jazz artists, as the ranks of male musicians were depleted by the draft, and band leaders and nightclub owners were forced to expand their employment horizons. Featured artists include pianist and composer-arranger Mary Lou Williams, trumpeter Billie Rogers, vibraphonist Marjorie Hyams, the International Sweethearts of Rhythm big band, and pianists Hazel Scott and Beryl Booker.

More Jazz Women Of The 1940s And Beyond