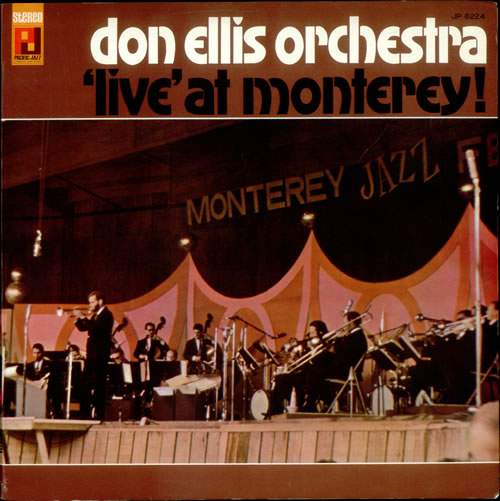 1966 marked the ninth year of the Monterey Jazz Festival, and in Downbeat's report Pete Welding described a "Dizzy Gillespie for President" balloon bobbing in front of the stage on the festival's final day: "The balloon's free journey seemed to symbolize the winds of change that blew so joyously through the music onstage." The advent of non-jazz groups such as the Jefferson Airplane and the Paul Butterfield Blues Band offered further evidence that Monterey was beginning to reflect the upheaval of stylistic priorities in its programming choices.

Welding expressed disappointment with the festival in general, though, saying it had become invested with "an air of smug complacency and near-sanctimoniousness," and that while the quality of the music was high, featuring a range of performers from arranger and Miles Davis collaborator Gil Evans making a rare live appearance to singer Carmen McRae and Brazilian guitarist Bola Sete, that far too often Monterey seemed to be playing it safe.

Jazz writer Ed Podesta had much the same reaction, saying it was the first time that the festival "failed to produce a single truly memorable performance for future identification." Ironically, though, both writers seized upon many moments that bristled with musical vitality, singling out the sets of bandleader Don Ellis' 21-piece orchestra and Sete in particular. Saxophonist Charles Lloyd, whose quartet was anchored by a young Keith Jarrett and Jack DeJohnette, also made a strong impression on critics and festival attendees alike. Four of the five concerts sold out, making Monterey once again a financial success.

"Jazz From Monterey: 1966" features recorded performances from the festival by Ellis, Sete, Lloyd and others, including Cannonball Adderley, Randy Weston, and Joe Henderson.

Pete Welding on the Don Ellis orchestra in his Downbeat wrapup:

Don Ellis' 21-piece Workshop Orchestra got things off to a powerful, explosive start. The band has spirit and polish in abundance, the result of its leader's firm discipline and its having worked fairly regularly in Los Angeles. The group has many things going for it, not the least of which are a covey of fine, idiomatic soloists; witty, provocative arrangements; a strong rhythm section of three bassists and three drummers that allows it to swing madly, even in the unusual time signatures that are the band's forte; and the urbanity and enthusiasm of its leader.

The orchestra offered a many-splendored set of originals that demonstrated how successfully Ellis and his cadre of arrangers are adapting the resources of the large group to the imperatives of avant-garde music. It is most exciting in the area of rhythmic counterpoint, over which the band masses to thunderous climaxes of sound.

From Edward Podesta's review of the 1966 festival for Jazz:

The Friday night program was probably the most frustrating. Despite a 9 p.m. curtain call to accommodate those who drive down from the San Francisco area, only about half of the sold-out house was on hand when Gil Evans and the festival orchestra started things off. The subtle shadings of his arrangements call for both an attentive audience and a sensitive sound system and unfortunately he had neither.... Nevertheless, the band, which included Ray Brown, Elvin Jones, and John Coles, produced a delightful version of Brubeck's "The Duke" and the first of two "King Porter Stomp" offerings before Gerry Mulligan, who was cast in the role of musician-at-large for this festival, came out.