Jazz From Monterey: 1958, The Birth Of A Festival 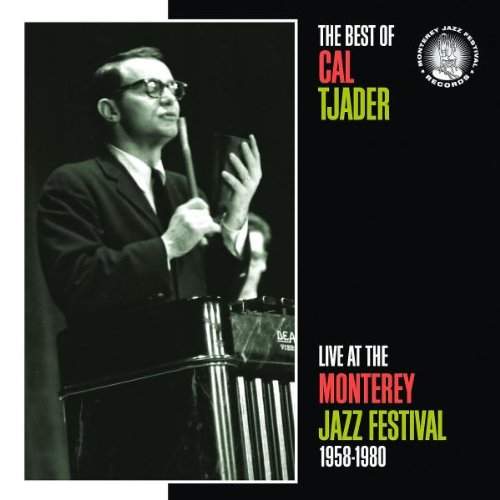 Out Of The Clubs And Into The Open

In the early 1950s, to jazz enthusiasts from California, DJ Jimmy Lyons and journalist Ralph Gleason, began to talk about putting on a jazz event that would take music out of "sultry, dark, webby clubs," as Lyons later wrote, and put it "out in the open, with lots of trees and grass, in the middle of a meadow, in the wind, under the sky, where it belongs--with the best jazz people in the world playing on the same stage."

They chose to eventually stage their festival in Monterey, a central California coastal town that was the setting for some of John Steinbeck‘s most famous books, and that lived up to Lyons and Gleason‘s vision. Lyons sold his vision to the city‘s skeptical town council with a performance by the Dave Brubeck Quartet; Gleason got the local chamber of commerce to clear the way with area businesses for the integrated audience that would be coming to town.

With a lineup of artists that included Dizzy Gillespie, Max Roach, Louis Armstrong, the Modern Jazz Quartet, Harry James‘ big band, Shelly Manne and His Men, and many more, the Monterey Jazz Festival looked highly promising. Over the next few decades, it would live up to its promise – after surviving a somewhat rocky start. Years later, once the festival‘s reputation had been thoroughly established, Gleason would describe the magical atmosphere surrounding it as "that special Monterey mystique."

The first festival seemed to go out of its way to distinguish itself from the tonier Newport Jazz Festival. With emcees like Dizzy Gillespie and comedian Mort Sahl, a jazz discussion roundtable with critics and artists, and a Third Stream presentation of jazz and classical musicians playing together, the result was a somewhat intellectual, but hip, laidback vibe.

It was held at the Monterey County Fairgrounds, a lovely, casual outdoor setting that had only one drawback: In-bound, low-flying planes heading for the Monterey airport disrupted the concert all weekend long. It was pianist Dave Brubeck who came up with the most witty response to those planes, as we‘ll hear in the Brubeck Quartet‘s performance of "For All We Know."

The Luminaries Who Ushered Monterey In

We'll also hear music from Billie Holiday‘s set, which came at the twilight of her career. Critics sensed that the singer was near the end; Jazz Review‘s John Hadlock wrote,

Billie Holiday brought her name and the remains of her art to Monterey. With delicate handling, Billie‘s voice can still yield fragile replicas of past masterpieces, but the anxiety attending this process almost precludes enjoyment of it.

John Tynan of Downbeat was scathing in his assessment and called her appearance "tragic." Yet the Monterey crowd demanded three encores from Holiday--and it‘s fitting, in retrospect, that both she and Louis Armstrong, two great icons of 20th-century American jazz, were present at the birth of the Monterey Jazz Festival. Sitting in the doorway of her trailer dressing room, Holiday held her beloved dog and said, "It‘s sure beautiful here." She would pass away just nine months later, at the age of 44.

Other Artists At Monterey '58

Baritone saxophonist Gerry Mulligan led his own group at Monterey in 1958; several reviews of the festival noted his often bracing attitude. Metronome critic Howard Lucraft wrote that Mulligan was "assertive and arrogant, both verbally and musically, in his driving set," while Jazz Review‘s John Hadlock described him as "belligerently extroverted." Like other artists at the festival, Mulligan was upset by the brief amount of time he was given to play, and took out his unhappiness through barbed comments to the audience. But his set was full of energy, too, as evidenced by his quartet's romp through trumpeter Art Farmer‘s "Blueport."

With Jimmy Giuffre on tenor sax and clarinet, Jim Hall on guitar and Bob Brookmeyer on trombone, the Jimmy Giuffre Three played an advanced, quiet but challenging kind of jazz. Mort Sahl, in introducing the group, described it as "folk funk." Howard Lucraft reported a mixed crowed reaction to their Sunday-night performance of Giuffre‘s "Western Suite," with comments that ranged from "brilliant" to "dull cowboy music." The suite was drowned out at one point by yet another airliner; John Tynan also reported that the group‘s Saturday-night "developing and exciting set was abbreviated by overanxious programming, which resulted in the stage suddenly being plunged into darkness, to the obvious surprise and chagrin of Giuffre." Still, Dick Hadlock wrote in Jazz Review, "the trio survived all of this with astonishing resiliency…and reached the back rows through sustained projection of its members‘ belief in their music."

On the Monday morning after the end of the 1958 festival, Jimmy Lyons, Ralph Gleason, and festival publicist Grove Sales met with pianist John Lewis of the Modern Jazz Quartet. The logistics of the festival had been messy (symbolized by the chaotic, discordant jam session that had served as its finale), and it had grossed only six hundred dollars. "It was a real baptism by fire," Lyons later said. The future of the festival at that point was no sure thing.

Artistically, though, it was deemed a success. That morning Lewis was offered – and accepted – the position of "musical consultant." For the next twenty-five years, he would help shape the sound and forge the identity of the festival through his choice of artists. As Ralph Gleason wrote, "Monterey is the only jazz festival which gives the jazz musician himself a voice in the planning, preparation and programming."

Over the next few years, some of the festival‘s most exciting moments would result from that planning, preparation and programming, with musicians ranging from Jack Teagarden to Charles Mingus to John Handy. In the American lexicon, "Monterey" would become synonymous with "jazz."