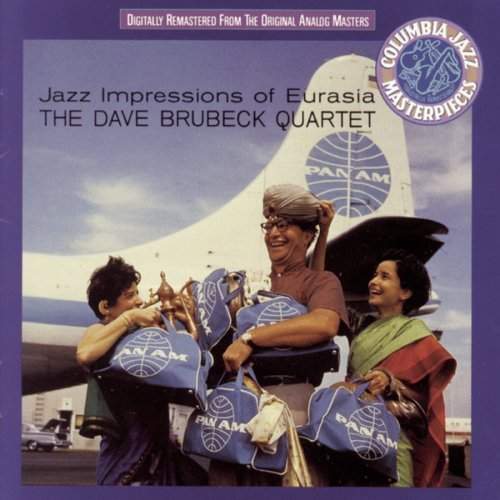 In the 1950s and 60s the Dave Brubeck Quartet was one of the most popular jazz acts in the world. That's one reason why the group did a State Department tour in 1958, at the height of the Cold War, to many countries including India, Poland, and Iraq. The music inspired by this and other international forays came out on the albums Jazz Impressions of Eurasia, Jazz Impressions of Japan, and Bravo Brubeck.

The tour made Dave Brubeck a spokesperson for values that, for him, were heartfelt – most importantly, the love of jazz, the love of liberty, and the belief that the two were intertwined. "No dictatorship can tolerate jazz," he said at one performance. "[Jazz] is the first sign of a return to freedom."

Brubeck, who was eventually honored by the U.S. government for his long-running jazz ambassadorship, was a pupil of the composer of classical music Darius Milhaud. When Brubeck was young, Milhaud told him 'to travel the world and keep [his] ears open.' The pianist did just that. His subsequent Jazz Impressions albums contain some of the most interesting music in his jazz legacy.

For More On Brubeck's International Impressions...

• Listen to some of the music Brubeck wrote for The Real Ambassadors, a jazz musical inspired in part by his State Department travels, on the previous Night Lights program, Jazz Goes to the Cold War.

• Watch the Dave Brubeck Quartet in 1966, performing "Koto Song" a track that originally appeared on Jazz Impressions of Japan: