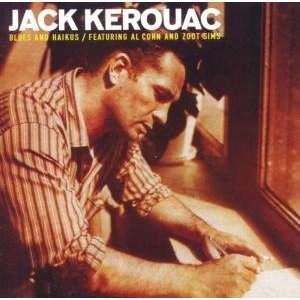 "Here were the children of the American bop night," Jack Kerouac wrote in his 1957 novel On the Road, which, like many of Kerouac's other writings, celebrated and invoked the music of Charlie Parker, Lester Young, and many other jazz greats. We'll mark this weekend's 50th anniversary of the publication of Kerouac's best-known book with a program that explores his relationship with jazz, including recordings he made with saxophonists Al Cohn and Zoot Sims as well as talk-show host and pianist Steve Allen, the bop that the author and his friends drew inspiration from, singer Mark Murphy's Kerouac tributes, and an interview with musicologist-of-hip Phil Ford.

More about Jack and jazz

Here's Kerouac reading from and discussing On the Road on The Steve Allen Show: