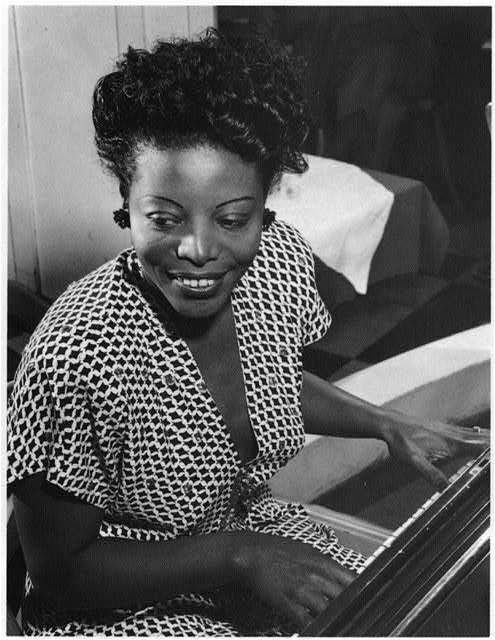 Does anybody embody the history of 20th-century jazz as much as Mary Lou Williams? The arc of her career extends from the territory bands and Kansas City swing of the 1930s to the heights of the big-band era, the bebop movement of the 1940s, the American expatriate jazz of the post-World War II era, the sacred-jazz trend of the 1960s, and the emergence of jazz education in the 1970s. Only Duke Ellington, Miles Davis, and Benny Carter can compare to her in terms of long-running musical achievement that spans several generations of jazz evolution.

A mentor to several key figures of the bop era, a friend to troubled jazz musicians, and a pioneer for women in jazz, Williams' impact on jazz history goes beyond her considerable musical skills. Still, it is her artistic work that's at the heart of her legacy, driven by her deeply spiritual but creatively restless personality, and her ability to absorb and reflect many influences in a sound all her own. As Ellington famously remarked of her,

Mary Lou Williams is perpetually contemporary. Her writing and performing have always been a little ahead throughout her career. Her music retains, and maintains, a standard of quality that is timeless. She is like soul on soul.

From "Little Piano Girl" to the Lady Who Swung the Bands

Mary Lou Williams was born in Atlanta, Georgia on May 8, 1910 and moved with her family when she was five to Pittsburgh, where she became known as the "little piano girl of East Liberty" for her skills as a musical prodigy. Williams first made a name for herself in the jazz world as a pianist and arranger/composer with Andy Kirk's Twelve Clouds of Joy in the 1930s. Jazz writer Allen Lowe touts Williams' writing for the Kirk band for its "harmonies packed with gentle motion and given a firm but flexible grounding, dispensed by a hard-blowing ensemble in tonal gusts that had the effect of repeated blasts of fresh air."

Williams' arranging talents were in demand for other big bands as well, before and after she left Andy Kirk in the early 1940s. She wrote Benny Goodman's radio show theme "Camel Hop" and "Roll â€˜Em," which became a longrunning part of the clarinetist's repertoire. In the late 1940s she briefly joined Goodman's bop-influenced small group, and we'll hear his big band doing one of her compositions, "Lonely Moments," which jazz scholar Loren Schoenberg has cited for its mix of major and minor modes, and its ability to give Goodman a comfortable bridge to sounding modern (a place, however, that he ultimately chose not to reside in).

Mary Lou Williams also wrote a number of arrangements for Duke Ellington's 1940s orchestra, and one became a standing feature for the band-a reworking of Irving Berlin's "Blue Skies," subsequently titled "Trumpets No End"-that we'll hear in the show.

The Bop Salon and Europe

In the mid-1940s Mary Lou Williams was a frequent pianist at CafÃ© Society, the integrated New York City nightclub favored by artists and political activists, and she also hosted a weekly radio show. Her Harlem apartment became a gathering spot for a circle of young musicians, including some of the bebop revolution's leading figures such as Dizzy Gillespie, Bud Powell, and Thelonious Monk. Williams served as a mentor and a sounding board for these artists, running a sort of "bop salon," as it's come to be called in accounts of her life.

Williams made a number of modernistic small-group recordings during this period, and she also wrote her extended Zodiac Suite, which she performed live at New York City's Town Hall on New Year's Eve, 1945.

Despite the high regard in which she was held by younger musicians, Williams had a hard professional time of it in the late 1940s and early 50s, and a 1951 trip to England turned into a two-year stay on the Continent, making Williams a member of the expatriate jazz movement, the American artists who went to Europe and stayed in the years following the end of World War II.

While she was in Europe in the mid-1950s Williams experienced a personal crisis that led her to take a strong religious turn in her life. For several years she did not perform, and after returning to America devoted her energy instead to running a thrift shop and helping out drug-addicted musicians.

When Williams did begin to re-emerge as a jazz artist, some of her new original material was cast in the mode of what would come to be known as "sacred jazz"-jazz performed in a church setting as part of a modernized church service. In this she was several years ahead of Duke Ellington, who would write and perform three sacred-jazz concerts in the final years of his life. She also released the recordings on her own label, Mary Records, which puts her in the lineage of jazz history's "do-it-yourself" artists.

In the early 1970s Williams became a fixture on the live New York City jazz scene again, performing regularly at the Cookery, a restaurant operated by former CafÃ© Society owner Barney Josephson. In the late 1970s she became a jazz educator in residence at Duke University, and she also played a legendary duets concert with avant-garde pianist Cecil Taylor-an event that received mixed reviews and was released under the title Embraced, though one writer waggishly suggested that it should have been called Clashed.

A few months later Williams went to the opposite end of the musical spectrum and played with Benny Goodman at Carnegie Hall, leading her to declare, "Now I can really say I played all of it." She'd echo a similar sentiment not long after that on Marian McPartland's Piano Jazz program, saying "I''m the only living musician that has played all the eras." Sadly, she wouldn't be alive for much longer, dying from cancer in May of 1981 at the age of 71.

Watch Mary Lou Williams perform "The Man I Love" and "Honeysuckle Rose" at Montreux in 1978: