Handy With The Horn: The Rise Of John Handy 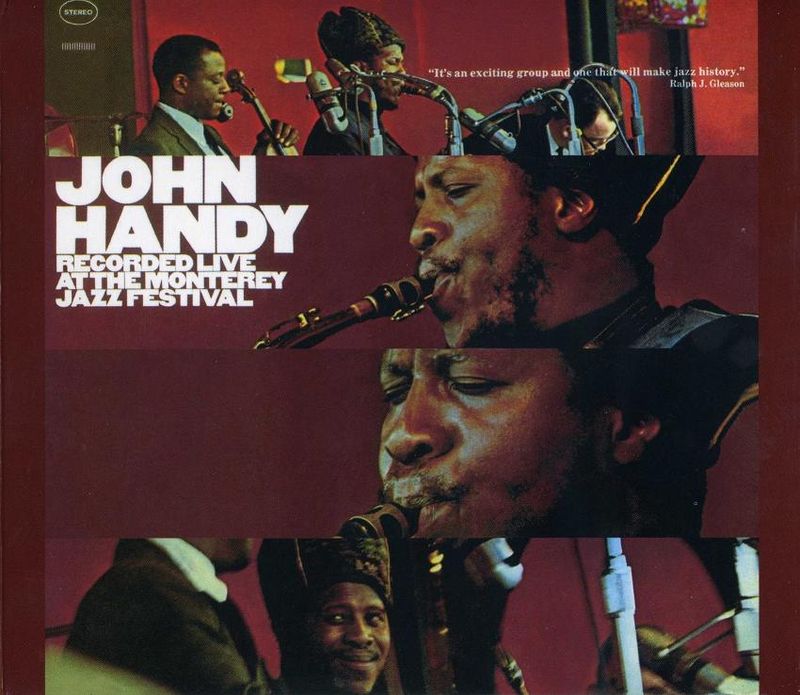 John Handy is one of the few surviving saxophone heroes from the 1950s and 60s golden age of hardbop. A featherweight boxing champion as a teenager, Handy tested and honed his jazz skills throughout the 1950s on the San Francisco jazz scene, where he was a regular at the city's famed Bop City club. At the end of the decade he went to New York City and became a key member of Charles Mingus' group, appearing on some of the bassist's most notable records (including a legendary solo, on tenor sax, on Mingus' elegy for Lester Young, "Goodbye Porkpie Hat," which can be heard on the Night Lights program Turn Out the Stars).

Drawing on a wide array of influences such as Charlie Parker, Sonny Rollins, Benny Carter and early Eric Dolphy, Handy forged his own style as an alto saxophonist, particularly through a flair for playing in the upper register and an unique form of tonguing that created what Metronome described as "a fast, fluttering sound." In 1965 his unusual quintet, featuring Michael White on violin and Jerry Hahn on guitar, was a huge hit at the Monterey Jazz Festival, landing Handy a recording contract with Columbia Records and vaulting his group into second place behind Miles Davis in a 1966 Downbeat poll.

Handy was an early advocate for jazz education and taught for many years at San Francisco State. His musical interests are broad; he has composed works for orchestras and early in his career performed Bartok's Night Music with classical pianist Leonid Hambro. His interest in world music has led him to collaborate with Indian musicians Ravi Shankar and Ali Akbar Khan as well. Handy's also tasted commercial success-his 1976 R and B-flavored "Hard Work" was a chart-smash single.

"Handy With the Horn" includes music from the saxophonist's little-known 1960s Roulette leader dates and his mid-1960s Columbia sides, in addition to a recording made with Mingus in 1959. I also interviewed Handy in a wide-ranging discussion of his early career, and the entire conversation is posted in four parts on the Night Lights website:

Watch a recent performance of Handy with Kenny Washington:

Special thanks to Adrian Cullen and John Felser for assistance with this program.