The Greatest Bass Player In The World: Jaco Pastorius 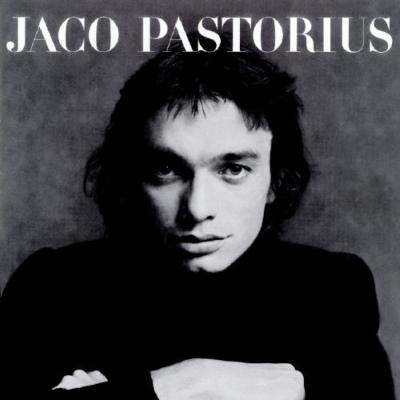 When the 24-year-old Jaco Pastorius met Weather Report leader Joe Zawinul in 1976, he introduced himself as "the greatest bass player in the world." It was a bold and audacious proclamation, but Pastorius was already living up to his own hype, and over the next five years he would continue to deliver musical substance to back up his words. On this edition of Night Lights we'll hear Pastorius performing with Weather Report, Pat Metheny, and Joni Mitchell, as well as recordings he made under his own name and with his Word Of Mouth big band. I also talk with bassist and Indiana University Jacobs School of Music faculty member Jeremy Allen about what made Pastorius such a revolutionary force for his time and beyond.

Born in Pennsylvania on December 1, 1951, Jaco Pastorius grew up in Fort Lauderdale, Florida, with a father who both sang and played drums-influences that Pastorius would incorporate into his approach to the bass, which he took up as a teenager. He also eventually played the bass without any frets, which contributed to the unique style that he developed. A charismatic, athletic performer as well, he made his reputation at first with R and B bands, and then began to command notice on the thriving mid-1970s jazz scene, able to enlist musicians such as Michael and Randy Brecker, Herbie Hancock, and Wayne Shorter for his 1976 debut as a leader.

Though Pastorius is often thought of as an icon of jazz's fusion era, Jeremy Allen says that the bassist had a reverence for bebop-perhaps one reason why he chose to make the first track on his first album as a leader a tour de force version of the bop anthem "Donna Lee"-and compares him to bebop's most famous avatar, Charlie Parker. Here's Pastorious' take on Parker's "Donna Lee":

On that same album, Pastorius recorded a ballad that he'd written for his first wife, "Portrait Of Tracy," that Jeremy Allen singles out as another example of the bassist's musical genius:

When Pastorius burst onto the jazz scene in the mid-1970s, the music was still churning from waves of innovation that been fanning out ever since the birth of jazz in the early 20th century-aided in this particular decade by synthesizers and other forms of electronics that many musicians were eager to explore. The same year that he made his debut studio date as a leader, Pastorius also joined forces with another up-and-coming jazz star, guitarist Pat Metheny:

In 1976 Pastorius attended a concert by Weather Report, the leading group of the fusion era, and approached co-leader and keyboardist Joe Zawinul afterwards, proclaiming himself "the greatest bass player in the world." This bold introduction eventually led to Pastorius' being invited to play on a couple of tunes for the album Black Market, and then to his full-fledged membership in the group for the next few years. With two strong musical personalities already in the band-Zawinul and co-leader Wayne Shorter-Jaco still managed to shape its sound through his various musical contributions, and he took the energy of Weather Report's performances before large audiences to an even higher level.

Pastorius gained his greatest renown through Weather Report. His musical gifts as a composer continued to grow, his stage performances were physically thrilling to watch, and his transcendental bass playing found a huge and appreciative fan base. Jeremy Allen points to a recording from the album Heavy Weather as evidence of Jaco's skills:

Pastorius worked with many other musicians as well during his time in Weather Report, including singer-songwriter Joni Mitchell, who took her music in a more jazz-based direction throughout the late 1970s:

Pastorius could flourish in any musical or stylistic context; Jeremy Allen cites one lesser-known concert trio performance from the same year as Hejira:

With his talent, imagination, and charisma, Pastorius achieved a rock-star like status in the jazz world of the late 1970s. In 1981 he left Weather Report and undertook a big-band project called Word Of Mouth that is now considered a masterpiece. But he also began to struggle with mental health and substance-abuse issues that would overtake him in the early 1980s and ultimately leave him living on the streets. In 1987 he was severely beaten by a bouncer at a Florida club and went into a coma, dying ten days later at the age of 35. Though it's easy to draw sad and haunting parallels with the life of a previous innovator, Charlie Parker, Jeremy Allen there is a more positive comparison to be made as well, pointing to Pastorius' enduring influence on musicians today.

We'll end with something from Jaco Pastorius' final released record as a leader, featuring his Word Of Mouth big band, which Jeremy Allen singles out as the ultimate realization of Pastorius' musical vision:

Special thanks to Jeremy Allen.