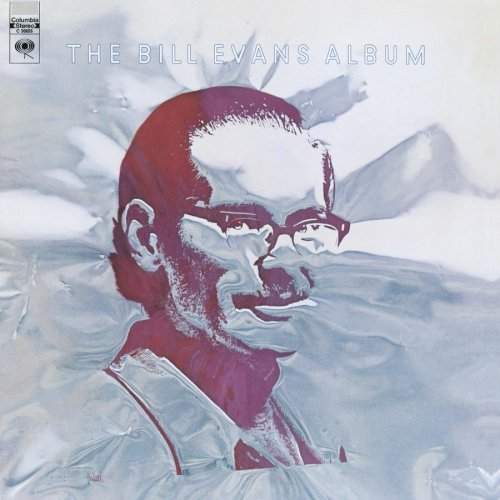 In 1971 Columbia Records, a storied label for jazz artists such as Billie Holiday, Dave Brubeck, and Duke Ellington, brought four more notable musicians aboard: free-jazz pioneer Ornette Coleman, bassist Charles Mingus, and two pianists, one established, the other up-and-coming-Bill Evans and Keith Jarrett. Columbia executive Clive Davis had been taking the label in a more aggressively youth-and-rock-oriented direction, and a number of its early 70s jazz acts such as Weather Report and Mahavishnu Orchestra were or would be rooted in the ascending jazz-rock sound of fusion, which label mainstay Miles Davis had embraced as well. Coleman, Mingus, Jarrett, and Evans did not fit that marketing mold. Their stay would be brief, but it would yield a trove of compelling and expansive music.

"The Surprise Album Of The Year"

For Bill Evans, landing on Columbia had been a lifelong dream. His first album for the label, simply called The Bill Evans Album, featured him on electric as well as acoustic piano in his standard trio setting, and won two Grammy awards. Columbia gave him a generous budget for a followup, and Evans commissioned a large-scale work from arranger and theorist George Russell, who had helped propel Evans into the jazz spotlight in the 1950s.

Evans scholar Jan Stevens says the result, called Living Time "is generally acknowledged to be the strangest album Bill ever did â€“ what with its avant-garde character, its strange instrument groupings, and its often dissonant parts." Evans' drummer at the time, Marty Morell, later termed the album "a disaster" and said that Columbia dropped Evans afterwards because of it. He felt that Russell had simply taken something that he'd already written for a large ensemble and put a few parts for Evans' trio, which included bassist Eddie Gomez, into it:

Eddie and I -and even Bill - kept looking at each other during the date with confused expressions as if to say "what is going on?"

In an ad for DownBeat Magazine Columbia said Living Time "could be the surprise album of the year.' For Columbia it was an unpleasant surprise, and Evans' recording option was not renewed. Evans, not generally given to bitterness, expressed unhappiness about how Columbia executive Clive Davis had handled him and what he saw as Davis' lack of gratitude for Evans' Grammy wins.

Ornette Coleman, considered by many to be the father of free jazz, also gave Columbia an unconventional large-ensemble album. The saxophonist signed with the label in late 1971, with a report in DownBeat saying that it would give him the opportunity to record some of the orchestral music that he had been composing. That music ultimately appeared on the album Skies Of America, recorded by the London Symphony Orchestra, with Coleman soloing on just a few of the pieces.

Before recording Skies, however, Coleman brought in some of the musicians who had been with him early on-trumpeter Don Cherry, bassist Charlie Haden, and drummers Ed Blackwell and Billy Higgins--as well as trumpeter Bobby Bradford and saxophonist Dewey Redman, for small-group recordings that were eventually reissued as The Complete Science Fiction Sessions. Those sessions found Coleman in prime compositional and performing mode, and we'll hear "Law Years" from them, as well as music from Skies Of America. But Coleman was unhappy when Columbia chose to market Skies Of America as jazz instead of classical music, and a planned two-LP collection of his recordings in Morocco with the Master Musicians of Joujouka, which would have made for a fascinating and groundbreaking addition to his Columbia work, fell through when the label dropped him.

Keith Jarrett had made a name for himself as an adventurous, wide-ranging pianist first with Art Blakey's Jazz Messengers and Charles Lloyd's quartet, then with Columbia artist Miles Davis, and he was managed by George Avakian, who had a longstanding relationship with the label, so Jarrett's signing with them in 1971 seemed almost ordained. Jarrett delivered a double LP, Expectations, that now stands out as an early masterpiece, using strings and brass and Jarrett himself on a variety of instruments to showcase his expanding musical vision, as well as his emerging "American Quartet" with saxophonist Dewey Redman, bassist Charlie Haden, and drummer Paul Motian.

Jarrett's option was picked up by Columbia for a second album, and he had an idea: he wanted to perform and release a solo piano concert. One was recorded, but Columbia suddenly dropped Jarrett in favor of Herbie Hancock. Bruce Lundvall remembered Jarrett calling him on the phone the next day and cursing him, though Lundvall had nothing to do with the decision. Jarrett would go on to record a live solo album with the fledgling ECM label, and the resulting Koln Concert release would become one of the best-selling jazz LPs of all time.

Another artist known for occasional outbursts was bassist Charles Mingus. Mingus had been on Columbia before, in the late 1950s, producing the masterpiece Mingus Ah Um, but he had spent much of the past few years low to the ground, and was just beginning to re-emerge in 1971, his profile raised by the recent publication of his autobiography Beneath The Underdog.

The Columbia signing put Mingus back in the company of producer and former 1950s cohort Teo Macero, who was playing an ever-increasingly-important role in the electric era of Miles Davis, and gave Mingus the opportunity, like Ornette Coleman, to mount a large-ensemble recording of his music on the album Let My Children Hear Music. Before that album hit the streets, Columbia also recorded Mingus in concert at New York City's Philharmonic Hall in February of 1972, joined by a supporting cast that included saxophonists Gerry Mulligan and Lee Konitz, as well as longstanding Mingus sidemen like Charles McPherson.

"A Mount Rushmore Of Jazz"

There are different versions of how Ornette Coleman, Bill Evans, Keith Jarrett, and Charles Mingus were let go by Columbia, over the years tending to crystallize in a single-day narrative that's sometimes been referred to as "Bad Day at Black Rock," a nickname for Columbia's midtown Manhattan headquarters that also evoked a noir film of the 1950s. In his liner notes to a 1982 release of some of Coleman's sessions, James Isaacs wrote that they were all dropped on the same day in 1973, saying it was "rather like the 1961 New York Yankees suddenly placing Roger Maris, Yogi Berra, Whitey Ford, and Mickey Mantle on waivers." Columbia executive Bruce Lundvall seemed to confirm this version in a 2009 interview that he gave to journalist Ted Panken.

Jazz producer Michael Cuscuna says that Evans, Jarrett, and Mingus were all dropped on the same day, and that Coleman's release was a separate matter. He thinks that Coleman's often been grouped with the other three because his departure happened around the same time and that it makes for a sort of "Mount Rushmore of jazz" apocryphal story. He emphasizes that labels failed to pick up artist's options all the time, generally because their sales weren't up to expectations, but says that the "Bad Day at Black Rock" still came as a great insult to those who loved jazz. He also points out that all of these acts were not in the mold of fusion, which was riding high on Columbia at the time with Weather Report, Mahavishnu Orchestra, and Miles Davis' electric period. Herbie Hancock, who began recording for Columbia in 1973, took his music in this direction as well.

In 1973 Clive Davis left Columbia in the midst of a payola scandal, and in the mid-1970s Bruce Lundvall began to bring non-fusion acts back into the fold, signing both saxophonist Dexter Gordon and trumpeter Woody Shaw. Decades later Columbia would proudly reissue all of the albums that you'll hear on this show. We close out this edition of Night Lights with "Adagio Ma Non Troppo" from Charles Mingus' 1972 comeback album for Columbia, Let My Children Hear Music.

More About "The Purge" And Columbia Records In The Early 1970s

One tangible result of Miles' recent commercial success his been the signing up by Columbia of several black musicians who last year would hardly have been able to get as far as Clive Davis' eleventh floor office. Explaining this change in policy, Clive Davis makes one momentarily forget that he is running a highly competitive commercial business: "I am very eager to allow Columbia to be used by the most forward looking American jazz artists, to explore what kind of synergy can come out of jazz and rock. What do the jazz giants, the leading jazz figures of today have to say? What is their reaction to the fact that, in attempting to fuse jazz and rock, Chicago and Blood, Sweat and Tears have reached millions of people all over the world while they, without such an attempt, only reach a few thousand with their music." He mentioned that the label has signed Omette Coleman, Jack De Johnette, and Weather Report-an offshoot of Miles' group-and that it was recording Charles Mingus. "Just as Columbia sponsored a Modern American Composer series in classical music-not having any less reverence for Stravinsky, Mahler, or classical music performed by the New York Philharmonic or the Philadelphia Orchestra-so we are here exploring a very exciting now development in music, to see where it will go. I don't know where it will go, but I think that by opening up the company to this kind of exploration of music by brilliant talent, we are providing a tremendous service."

(The entire article can be read on Chris Albertson's blog.)