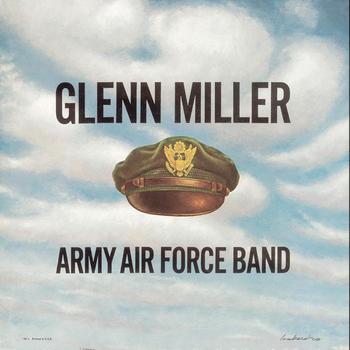 It was one of the greatest jazz orchestras ever assembled, led by a popular bandleader who took it overseas to raise the morale of the Allied soldiers fighting World War II in Europe-and who then vanished at the height of his popularity.

"Glenn Miller Goes To War With The Army Air Force Band" features interviews with AAF band member Nat Peck (who signed on with Miller's military ensemble in 1943 at the age of 19), historian Michael McGerr, and the music of the AAF in all of its configurations: ballads with singer Johnny Desmond, uptempo swing numbers featuring the big band, easy-listening with-strings recordings, a modern-jazz small group side with pianist Mel Powell, and a once-in-a-lifetime encounter with Bing Crosby in England in August 1944. Much of this music was heard only on the radio during the war and is far less familiar than that of Miller's pre-war civilian big band.

We'll also hear some historic broadcasts-Miller signing off on his last Chesterfield show before joining the military, the last stateside program by the AAF before leaving for Europe, and a moving Christmas Day 1944 broadcast from Paris, just hours after Miller had been reported missing.

More About Glenn Miller And The Army Air Force Orchestra

Watch video footage from July 1944 of the AAF at a military parade in England: