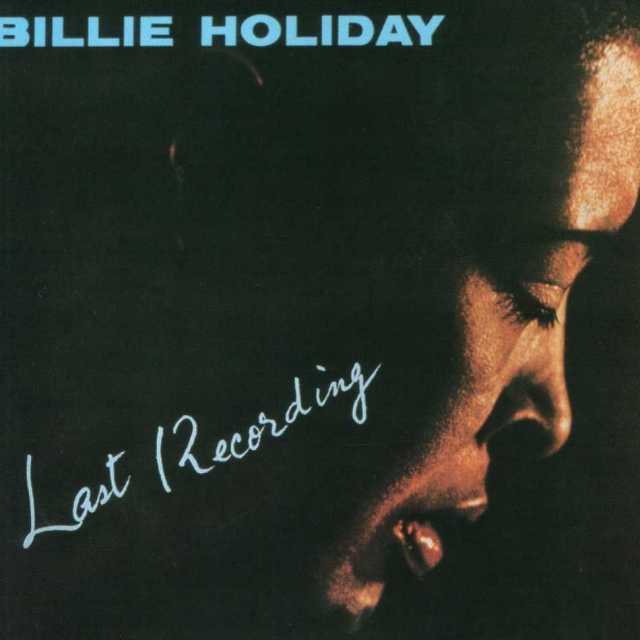 "The Last: Final Recordings of Jazz Greats" features both studio and live performances made by musicians who passed away shortly thereafter. Many--but not all-of these artists had struggled with substance abuse or other issues that took a toll on their health. Some knew on some level that their lives were ending; others died quite suddenly and unexpectedly. Whether they were aware or not that they might not live much longer, their final recordings often have a special poignancy to then-sometimes from being steeped in the experience of a lifetime, sometimes because of the way we, the listeners, hear them as well, knowing that these musical voices would soon be stilled forever.

Tenor saxophonist Stan Getz battled the demons of an addictive personality most of his life, famously leading Zoot Sims to call him "a real nice bunch of guys." Getz finally gained sobriety in the mid-1980s, only to be diagnosed with cancer in 1987. Using unconventional means of treatment, he was able to ward off his disease, but in November of 1990 it returned. Several months later, Getz played a series of shows at Café Montmartre in Copenhagen with pianist Kenny Barron, who had performed frequently with Getz as part of his quartet from the late 1980s on. Critic Gary Giddins called the ensuing performances "Some of the most candidly impassioned music ever recorded." Barron later said, "Stan played exceptionally well, giving every solo his all. But I noticed after each solo that he was literally out of breath." Getz would pass away three months later at the age of 64.

Throughout his career Miles Davis was famous for his refusal to look back or revisit his older work; but in 1991 musical mastermind Quincy Jones was able to persuade the trumpeter, who was in fragile health, to come to the Montreux Jazz Festival and play arrangements of the music he and Gil Evans had recorded in the late 1950s on the albums Miles Ahead, Porgy and Bess, and Sketches of Spain. A story circulated that Miles said Gil Evans‘ ghost had appeared to him in a mirror and told him to do the concert; other reports cite a more earthly motivation in the form of a large performance fee.

For the show itself Davis was helped immeasurably by the work of a second trumpeter, Wallace Roney. The concert drew generally good notices, and a CD of it, released in 1993, two years after Miles‘ death, won a Grammy. While subsequent discussion of the Montreux show has been more ambivalent, it retains an aura of closure, a last act in the epic musical life of Miles Davis, bringing him back to some of the music for which he was best known.

One of the most legendary "last" recordings in jazz has been Billie Holiday‘s 1958 LP Lady in Satin-but it actually wasn't her last recording. Holiday made another album after that, about a year later, with the same arranger, Ray Ellis, again with strings and a group of talented sidemen. She told Ellis she wanted to "sound like Sinatra" on this album; but she was in such poor health from years of difficulty and substance abuse that a nurse sometimes had to help keep her propped up on a high stool as she sang. Still, she achieved a poignancy on this date that might indeed put one in mind of Sinatra‘s late-night albums from the same period; but it‘s deeper, darker, and ultimately stamped with Holiday‘s inimitable spirit.

Watch a famous Billie Holiday performance from near the end of her career-"Fine and Mellow":

The ballad of Brownie

For years Clifford Brown‘s last recording was thought to have come from the club date he played in Philadelphia the night before his fatal accident. It came out on a Columbia LP called The Beginning and the End, and given Brown‘s words of parting at the date‘s conclusion ("You've made me feel so wonderful, but I really must go now"), it took on the mythic aura that jazz records and stories often do. One of the musicians on the date that was released, however, has since told jazz historians that it was actually recorded a year earlier. Instead, the last known notes of Clifford Brown that we can hear come from a week before his death. The recording, a radio broadcast from a restaurant in Norfolk, Virginia, is not exactly high-fidelity, but it still gives us the chance to hear what Brown could do with a ballad. Only 25 and in excellent health, he can‘t even be said to have been at his peak yet.

Other artists featured on the program include Bill Evans, Gerry Mulligan, Dinah Washington, and Artie Shaw.