Extension: Clare Fischer In The 1960s 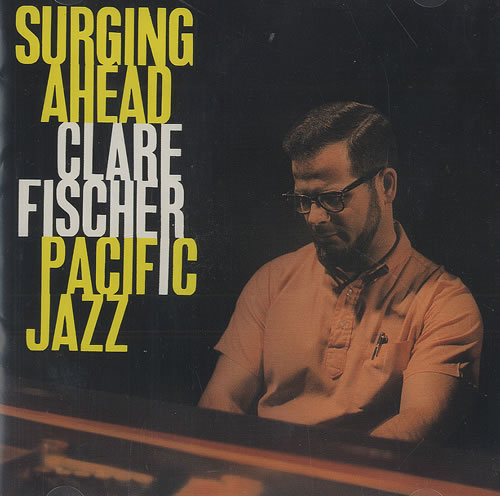 Clare Fischer, who passed away on January 26, 2012, was a pianist, composer and bandleader whose influences are wide-ranging – from the post-World War II bebop and progressive jazz of pianist Bud Powell and saxophonist Lee Konitz to the dissonance flavorings of classical composers like Bartok and Shostakovich, from the tonal colors of Duke Ellington to rhythmic Latin jazz and bossa nova.

Though over the course of his career Fischer focused primarily on jazz, in recent decades he wrote for pop artists, including Michael Jackson, Paul McCartney and Prince, and delved into classical music as well. "I relate to everything," he once said. "I'm not just jazz, Latin, or classical. I really am a fusion of all of those – not today's fusion, but my fusion."

Fischer broke into the jazz world in the late 1950s as an arranger and pianist for the vocal jazz group the Hi-Los. By the mid-1960s he'd had made a good name for himself: Downbeat Magazine critics voted him the arranger most deserving of greater recognition, and in the same issue, fans voted favorably for him in five different categories: piano, organ, arranger-composer, small-combo, and big band. It was a tribute to Fischer's diverse talents.

Extension: Clare Fischer In The 1960s features some of Fischer's work in the piano trio form, including:

• Read an interview with Clare Fischer.

• Read Jazzwax blogger Marc Myers's interview with Bud Shank, which touches on the bossa-nova recordings that Shank made with Clare Fischer.

Special thanks to Daniel Aguren and John Felser for their assistance with this show.