ECM: Birth Of A Label 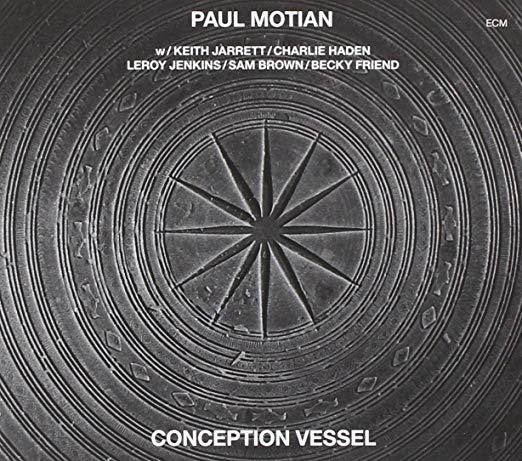 In 1969 a young German musician began what would become one of the world‘s longest-running and most influential jazz labels, with a signature production approach that emphasized space and a roster of artists that included Keith Jarrett, Paul Motian, Chick Corea, and Gary Burton.  On this edition of Night Lights we‘ll hear music from the ECM label‘s earliest recordings featuring those artists and others.

In 1969 a 26-year-old German bassist and production assistant named Manfred Eicher started a new record label called ECM, which stood for Edition of Contemporary Music, a name that invoked Eicher‘s ambition to treat the recordings he‘d release with the care and respect of literary works.  He had no business plan, only a desire to record the improvisatory music that was evolving out of a turbulent time for jazz. As Okwui Enwezor notes in the book ECM: Cultural Archaeology, "ECM was founded at the end of a historically pivotal and challenging decade, an era when the explosive issues connected to emancipatory political and cultural logics were not only reshaping modern society, but also transforming the arts."  The ensuing albums of ECM‘s first few years, shaped by Eicher‘s auteur producer instincts and his respect for the creative vision of the musicians he worked with, reflect the artistic aftermath of the upheavals that continued to reverberate into the 1970s.

Appropriately enough, perhaps, the first album that ECM recorded and released was pianist Mal Waldron‘s Free At Last.  The title invoked both Martin Luther King‘s "I Have A Dream" speech and the free-jazz movement of the 1960s, but it also foretold ECM‘s commitment to serving the artistic product over the conventional strictures and expectations of the marketplace.  This philosophy paid off for ECM in the long run, becoming part of what you could now call the ECM "brand," and elevating it to a lofty realm of enduring jazz labels occupied primarily by Blue Note Records.

ECM‘s initial 500-copies pressing of Free At Last sold out, spurred on by an enthusiastic response from Japanese fans of Waldron and giving Eicher the financial ability to move forward with his new label.  Waldron‘s album may not have been representative of what came to be known as the ECM "sound," associated with generous amounts of space, silence, and natural reverb--but in terms of the music, from the beginning ECM has been more wide-ranging in its choices than it‘s often given credit for.  The label also documented the vitality of the European jazz scene that was finally finding its own way in the late 1960s and early 70s, freeing itself from the dominant influence of American jazz.  Norwegian saxophonist Jan Garbarek was in his early 20s when he began recording for ECM at the dawn of the 1970s, and his albums reflected the changing musical dynamic.  From his 1971 ECM album Sart, here‘s Jan Garbarek and "Fountain Of Tears Pts 1 and 2":

Although the rise of ECM in the 1970s helped herald the European jazz scene finally coming into its own, many of the label‘s artists were American.  And perhaps no artist has been more indelibly associated with ECM than American pianist Keith Jarrett, whose 1975 ECM release The Koln Concert is one of the best-selling jazz albums of all time, and one of more than 40 that Jarrett has recorded for the label in all, including the massive 1978 10-LP Sun Bear Concerts box set.  Jarrett was drawn to Manfred Eicher‘s willingness to accommodate the pianist‘s creative vision in ways that other labels would have contested or not allowed; he later said that it was difficult for him to imagine how his career would have proceeded if ECM had not existed.  His so-called and much-admired "European Quartet"of the mid-to-late 1970s, which included Jan Garbarek, made all of its recordings for ECM.  Given the wide range of ground that a typical Jarrett performance covers, ECM was a natural home for the pianist in more ways than one.

While Jarrett became perhaps the most prominent artist of the ECM roster, a number of avant-garde jazz artists found a home on the label in its earliest years, including saxophonist Marion Brown, whose Afternoon Of A Georgia Faun remains a seminal record of the early 1970s, saxophonist Evan Parker and guitarist Derek Bailey‘s Music Improvisation Company, and the group Circle, whose members included Anthony Braxton, Chick Corea, bassist Dave Holland, and drummer Barry Altschul.  In 1972 Holland, Braxton and Altschul joined forces with another avant-garde figure, multi-instrumentalist Sam Rivers, to record an album that would come to be seen as an early ECM classic.  Here‘s the title track from Conference Of The Birds:

ECM, much like the Blue Note and CTI labels, developed an aesthetic around its releases that was grounded in appearance as well as sound.  ECM album covers rarely featured photos of the artists and often employed a minimalist and evocative use of space that evoked the sonic landscapes within the record.  Label founder Manfred Eicher had looked to 1960s labels such as America‘s ESP and Europe‘s FMP for some of his inspiration, but ECM from the beginning reflected Eicher‘s own high standards of art, production, and design. Musically, he was drawn to much of the American free jazz scene that was making as much or more of an impact in Europe than it had in its home country.  "Many people were saying at the end of the 1960s that jazz was at a dead end," Eicher said many years later.  "But we felt we should address this music in a different way, put it in a different envelope." One of the 1960s artists Eicher admired was pianist Paul Bley, citing his album Footloose in particular as a touchstone--and though the ECM "sound" is in many ways an inaccurate stereotype, some of Bley‘s early recordings for the label signal the more atmospheric and spatial aspects of subsequent ECM recordings.

Bley and Keith Jarrett were not the only pianists making notable albums for ECM in the early 1970s.  Chick Corea had already garnered attention for ECM with his Piano Improvisations album, as well as his work in the ARC trio and Circle quartet.  Now he used ECM to debut what would become one of the most notable fusion groups of the 1970s, Return To Forever. From the group‘s eponymous 1972 album, here‘s "Crystal Silence":

The previous year Corea had teamed up with vibraphonist Gary Burton for the first of four ECM albums recorded in the 1970s--an artistic partnership the two would return to in later years.  When Burton debuted his new group on ECM in 1973, he led off with a Corea composition called "Open Your Eyes, You Can Fly," which, much like Return To Forever's "What Game Shall We Play Today?", showed how melodic and accessible ECM records could be, further testament to the broad expanse of the label‘s sound.

By the time of Burton's New Quartet LP, ECM had already established a stellar reputation with a number of jazz writers.  Reviewing some of ECM‘s earliest releases in a September 1971 Jazz Journal article, Barry McRae wrote "This represents the beginning of an impressive catalogue and we can only hope that they are able to continue." In 1973 Alan Offstein concluded a lengthy overview of the label for the jazz magazine CODA by writing, ""ECM Records has initiated a great service to the musical arts by daring to publish music that most large companies would balk at for economic reasons.  By encouraging the experimental as well as pursuing the proven, ECM fosters the changes that all art undergoes and by making the art public enhances the cultures which generate it.  Enlightenment at all levels--creative, technological, and production--rarely coincide; yet at ECM all three conspire for the sake of human communication."  And it was only the beginning; these writers‘ hopes for the label were fulfilled far beyond what they or anybody else could have imagined in the early 1970s, as ECM built on its success over the next five decades, releasing more than 1600 albums, expanding into modern classical and other forms of music, and maintaining a diverse roster of jazz artists, who continue to be drawn to the label for its artistic integrity and global respect.