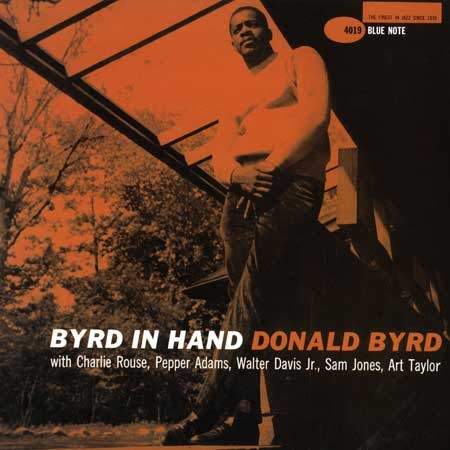 After 25-year-old trumpet great Clifford Brown died unexpectedly in a 1956 automobile accident, some critics and fans looked to a recent Manhattan arrival from Detroit as a possible successor: Donald Byrd. This week we'll celebrate the trumpeter's legacy with a program devoted to his hardbop recordings from the late 1950s and 1960s, drawing on albums that he made with saxophonists Gigi Gryce, Jackie McLean, Pepper Adams, and Sonny Red-the first incarnation of Donald Byrd, which jazz writer Larry Kart has described as "a clear-toned trumpeter with a gift for light and graceful playing on the chords."

Byrd would undergo several stylistic changes throughout his career, finding commercial success with forays into electric and funk-influenced jazz that produced bestselling LPs like Black Byrd, but eventually he would return to the classic style of his youth. His well-honed talent, deep musical knowledge, warm and lyrical drive, and dependability made him a busy musician in the golden age of hardbop; even so, he continued to avidly pursue education, earning several college degrees (including one in law) and teaching frequently throughout his career.