Our Delight: The Music Of Tadd Dameron 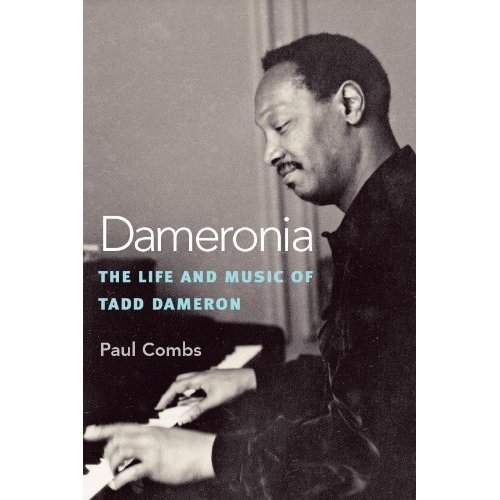 Pianist, composer and arranger Tadd Dameron once said, "There‘s enough ugliness in the world; I‘m interested in beauty." From the late 1930s through the early 1960s, Dameron lived out that musical creed in his work, in the process becoming one of the founding fathers of modern jazz. On this edition of Night Lights hour we‘ll hear some of his most famous compositions such as "Hot House" and "Our Delight," as well as commentary from Paul Combs, author of the Dameron biography Dameronia.

In the story of modern jazz, there are numerous lesser-sung heroes and heroines, and one such artist is composer, arranger and pianist Tadd Dameron, whose advanced sense of harmonics and lyrical melodicism made him, in the words of his biographer Paul Combs, "the architect of bop... there's a very lyrical quality to his work." Dameron was born in Cleveland, Ohio on February 21, 1917. He came of musical age in the swing era, helped fire the bebop revolution, and continued into the hardbop era of the 1950s and early 60s before dying at the age of 48 in 1965. Here's an early example of Dameron's writing gifts, done for Harlan Leonard's late-1930s big band:

Dameron really hit his stride as a composer in the surging bebop movement of the mid-1940s. His composition "Hot House," recorded in early 1945 by Charlie Parker and Dizzy Gillespie, became one of the anthems of the new music:

Dameron also did a number of dates with singers throughout his career, including a 1946 recording of a tune co-written with Carl Sigman that resulted in a jazz standard:

It was Dameron‘s associations with bebop-era instrumentalists, however, with musicians such as Dizzy Gillespie and bandleaders like Billy Eckstine that produced his most significant contributions to the modern jazz legacy. Here's Gillespie‘s big band in 1947 performing "Cool Breeze," written by Dameron, Gillespie, and Eckstine:

Dameron worked with many of the late-1940s' most important up-and-coming artists such as saxophonist Dexter Gordon, but his most significant musical association in the late 1940s was with trumpeter Fats Navarro. The two made a number of significant recordings together for the Capitol, Blue Note and Savoy labels:

In 1949 Dameron traveled to Europe with a group that included another young trumpeter, Miles Davis. Here's a live recording they made of Dameron's tune "Good Bait":

Dameron biographer Paul Combs calls Dameron "one of the founding fathers of modern jazz." I asked Combs why Dameron is so little-known beyond the world of jazz aficionados. Combs said that Dameron was often off the scene throughout the 1950s because of his legal, substance-abuse, and other problems, and that this contributed to his lack of wider recognition. He did surface occasionally during this period, and in 1956 teamed up with the young tenor saxophonist John Coltrane for an album called Mating Call:

Dameron contributed other strong compositions to the modern jazz repertoire throughout his troubles, such as this one, recorded by Clifford Brown and Max Roach's mid-1950s hardbop quintet:

The scene, sadly, was often not clean for Dameron, as was the case for many musicians in the 1940s and 50s, and he spent some time in penal institutions as a result, including a facility in Lexington, Kentucky where he led a band made up of other addicts. Here's one of his compositions written while he was serving time on drug charges, recorded by trumpeter Blue Mitchell:

Out of prison, Dameron tried to make his way back onto the jazz scene in the early 1960s, and recorded an album, The Magic Touch, with which he was very pleased. But in 1964 he was diagnosed with cancer. Here‘s saxophonist Lucky Thompson sending well-wishes to Dameron over a radio broadcast as they begin Dameron‘s tune "Lady Bird":

Tadd Dameron died in 1965 at the age of 48. His compositions such as "Hot House," "Ladybird,""Our Delight," and "If You Could See Me Now" stand both as landmarks of their time and as enduring jazz standards. Dameron said that there was enough ugliness in the world, and that he was interested in beauty. That interest turned, through his music, into beauty itself.

Special thanks to Paul Combs.

Outtakes from the show: