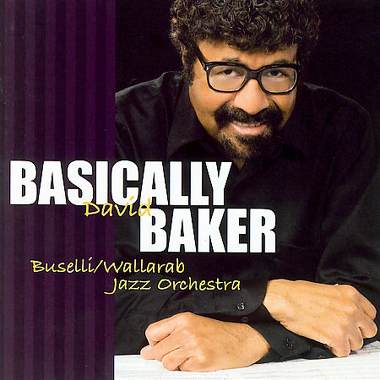 David Baker was a renowned jazz educator and bandleader who came out of Indianapolis‘ great Indiana Avenue scene of the mid-20th century, counting among his friends and colleagues Wes Montgomery, J.J. Johnson, and Freddie Hubbard. His jazz resume is studded with notable accomplishments, associations, and awards. He came up as a standout trombonist and switched to cello after a car accident injured his jaw. His Indianapolis hardbop group of the late 1950s became a leading progressive-jazz ensemble under the leadership of pianist and theorist George Russell. In the 1960s he launched the now-prestigious Indiana University jazz education program. He‘s been nominated for a Pulitzer Prize for his composition "Levels," and his classical pieces have been extensively recorded.

Baker also wrote hundreds of jazz compositions, many of them for his Indiana University-based big bands and smaller ensembles. Steeped in bebop, popular song and the blues, his music has a modernistic quality that inspired George Russell to call it "21st century soul music." "The David Baker Songbook" features interpretations of that music by Russell, drummers Philly Joe Jones and Elvin Jones (backed by an all-star hardbop lineup), the Buselli-Wallarab Jazz Orchestra, pianist Jack Wilson, and Baker himself. Baker and bandleader/jazz educator Brent Wallarab also join the program to talk about the character of Baker's compositions.