A Conversation With Ken Vandermark 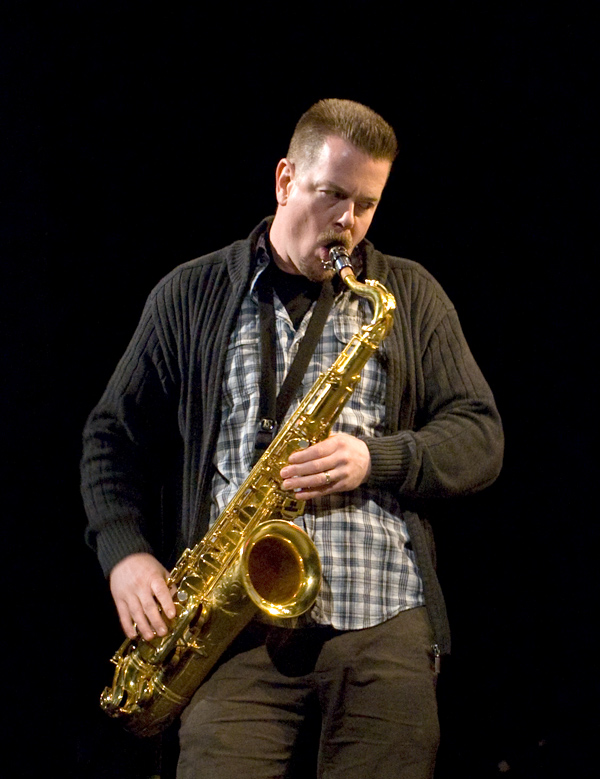 Musician Ken Vandermark is often described as a "multi-instrumentalist," which is accurate: he plays tenor and baritone saxophone as well as clarinet and bass clarinet. But you could simply call him a "multi-artist," given his prolific work as a photographer and writer, his love of cinema and books, and his wide-ranging vision of creative engagement as a way of life.

The son of a jazz writer (Stu Vandermark), Vandermark graduated from Montreal's McGill University in 1986 and spent several years on the music scene in his hometown of Boston. After moving to Chicago in 1989, he began a long ascent as a player, composer, bandleader and dedicated advocate of improvisational music, winning a MacArthur fellowship in 1999 that helped him to promote other musicians as well as his own projects, sustaining an intense itinerary of recording and performance activities, and pursuing an expansive musical architecture in his writing.

In this hour-long interview Vandermark talks about his jazz-steeped childhood growing up in Boston, his early years of struggle in Chicago, how the DIY ethic ensures aesthetic integrity, why "jazz" has become a term of contention, the ways in which film and literature influence his music, the injustice of the new music economy, and why improvisational art is more important than ever in 2018.

Ken Vandermark will perform with percussionist Phillip Sudderberg at the Back Door in Bloomington Thursday, February 8 at 10 p.m., as part of the Wounded Galaxies 1968 festival.