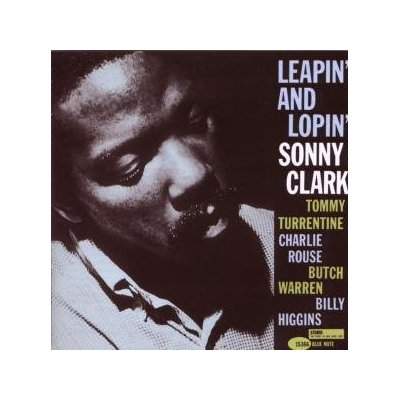 Sonny Clark was a hardbop piano master who appeared on a slew of classic late-1950s and early-1960s jazz recordings. Though Clark has garnered a cult following over the years, especially on the heels of saxophonist John Zorn's late-1980s tribute to him, his name is not often found in histories of jazz piano. Steeped in blues and the bebop and hardbop of his times, however, Clark played with everyone from Dinah Washington and the Lighthouse All-Stars to John Coltrane.

Music critic Robert Palmer wrote of "the particular special aura that hovers around Mr. Clark's music, an aura that musicians recognize but that critics have found difficult to define." Saxophonist Johnny Griffin has said, "Sonny used Bud Powell's basis for power and attack on the piano, but he had another finesse and an exceptional technique, too. He was quite himself." Jazz writer Richard Cook describes a typical Clark solo as "buoyant, neatly articulated, with idiosyncratic little lefthand figures counteracting long and ambitiously complex lines in the right."

The Life Of A 'Gold Dust Twin'

Like many other musicians of his generation, Clark struggled with drug addiction. In his memoir Raise Up Off Me, pianist Hampton Hawes describes himself and Clark living and hustling for drugs together on the New York scene in the late 1950s, where they acquired the nickname 'the Gold Dust Twins.' During that time Clark had practically been the house pianist for the Blue Note label, appearing on numerous hardbop classics as both a leader and a sideman. Between the spring of 1959 and the autumn of 1961, though, Clark made only five studio dates, none of them for Blue Note. His addiction left a gap in his recording career similar to those in Hank Mobley and Grant Green's discographies.

In late 1961, Clark suddenly returned with what would prove to be a yearlong burst of activity, the final stage of his evolution as a modern jazz master. Bob Blumenthal says that "these final recordings are suffused with the soul and lithe grace of his earlier work, filtered through a richer harmonic prism and an even more assertive rhythmic concept."

As Dust To Dust

Sonny Clark passed away in January of 1963 at the age of 31, after being hospitalized for an infection in his leg. Not long after he was released from the hospital, he died of a heart attack on January 13th. The New York Amsterdam News attributed his death to "narcotics poisoning." Years later, David Rosenthal would write that Clark died of an overdose at a New York club called Junior's. The club's owners reportedly moved his body to a private apartment before calling the police, to avoid bad publicity. (One account has him dying at the home of famous jazz baroness Pannonica de Koenigswarter.)

Clark left behind a musical legacy that has been for the most part appreciated only by jazz aficionadoes and fellow musicians. Trumpeter Art Farmer was one such admirer. "A primary quality in Sonny's playing is that there's no strain in it," he once said. "Some people sound like they're trying to swing; Sonny just flows naturally along. He has a good, powerful feeling for the blues."

We don't know how Sonny Clark might have evolved musically had he lived longer, but what's clear is that in the last year of his life his talent had continued to flower. "Sonny Clark has come of age," jazz writer Ira Gitler proclaimed in his liner notes to the pianists final album. Clark himself once said, "Your soul is your conception, and you begin to have it in your playing when the way you strike a note, the sound you get, and your phrasing come out of you yourself and no one else." In that sense Sonny Clark had certainly arrived – and then he was gone.

For the show Clark's Last Leap, we'll focus on recordings that the pianist made in the last 15 months of his life, including: