Cats Who Swing And Sing: Women Singer-Pianists Of The 40s And 50s 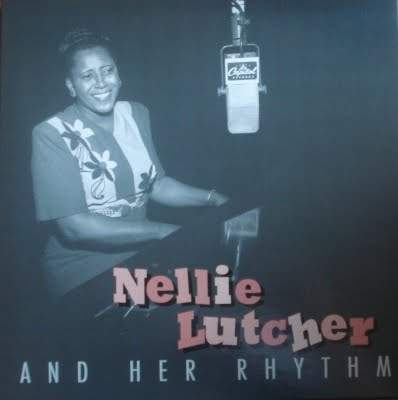 Nellie Lutcher, a star pianist and singer of the late 1940s who mixed boogie and swing riffs on the keyboards with sly and humorously suggestive lyrics, once remarked that it was 1930s performer Cleo Brown who'd "sort of started a trend for girl piano players and vocalists" with her recording of the song "It's a Heavenly Thing."

There had been an even earlier, blues-oriented practitioner of the style, Kansas City's Julia Lee, in the 1920s, but she wasn't widely heard on records until the late 1940s. With the commercial success of singles such as Lutcher's "Hurry On Down" and Lee's "King Size Papa," these performers were able to gain a larger audience, and to showcase vocal and instrumental skills that drew on deeper musical nuance and artistry than their risque hits sometimes seemed to suggest.

In addition to Lutcher, Brown, and Lee, on this program of Night Lights we'll hear music from singer-pianist Hadda Brooks. Brooks was a mainstay of the 1940s Central Avenue club scene in Los Angeles. She can be seen and heard performing in Humphrey Bogart's 1950 film noir In A Lonely Place; in the early 1950s she became the first African-American woman to host her own television show. Musically, Brooks alternated between boogie-woogie ("Swingin' the Boogie") and a slow, torch/club-blues style ("That's My Desire").

All of these artists elevated the profile of women musicians at a time when it was very difficult for female instrumentalists in the jazz world, particularly after the "all-girl bands" of the World War II years had dispersed. By combining their piano-playing with vocals, they were able to enjoy the spotlight of a singer and to put their keyboard talents on display as well.

For even more music from such performers in this era, check out the previous Night Lights shows Nellie Lutcher's Real Gone Rhythm and Why Don't You Do Right: Una Mae Carlisle and Lil Green. To learn more about them, take a look at the chapter "Ladies at the Keyboard" in Linda Dahl's book Stormy Weather: the Music and Lives of a Century of Jazzwomen.