Boppin' On Savoy: Bebop And Savoy Records In The Late 1940s 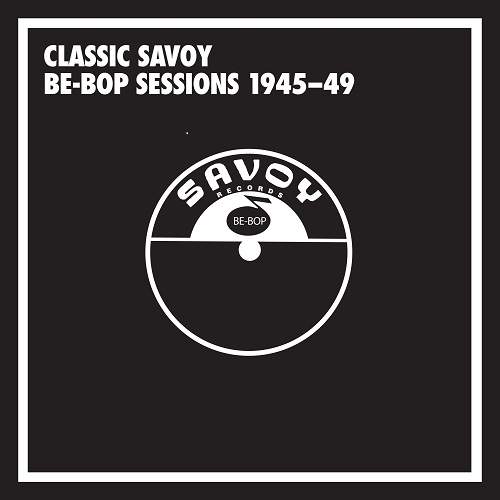 From 1945 to 1949 the Savoy record label documented some of the most vital young artists of the emerging bebop movement, featuring musicians such as Charlie Parker, Dexter Gordon, Bud Powell, Fats Navarro, Dexter Gordon, and J.J. Johnson, as well as lesser-known lights of the era such as Allen Eager and Brew Moore. On this edition of Night Lights we'll hear their music and more about the historic sessions in which they participated.

The Sound Of A Jazz Revolution

In 1945, as the Second World War came to an end, a new form of jazz, bebop, was rapidly taking hold, upending conventional notions of rhythm and harmony. Propelled almost entirely by musicians in their twenties or even late teens, it became the lingua franca for all jazz that has followed… but back then it was a provocative trend that major record labels initially regarded with some wariness. Many of the bebop records now considered to be classics came from small labels such as Dial or Savoy, and it's Savoy's sides, now gathered in a 10-CD set from Mosaic Records, that I'll highlight in this program.

Savoy Records was established in Newark, New Jersey in 1942 by Herman Lubinsky, a music-business and radio entrepreneur. Teddy Reig, a heavyset Harlem-born hipster who'd been making the scene since the swing boom of the late 1930s, played a key role in the elevation of bebop at Savoy when he made a deal with Lubinsky in 1945 to produce recordings for the label. (Jazz producer and historian Bob Porter provides an excellent overview of Reig's life in the booklet that accompanies the Mosaic set.) Reig was well-connected in New York's modern jazz world, and for the next four years he and Savoy recorded many of the artists that now figure prominently in jazz history and whom we'll hear in this program. After 1949 Savoy would focus more on R and B, blues, and gospel, but in the late-1940s they caught the sound of a jazz revolution. We'll start off with trumpeter Fats Navarro, pianist-composer Tadd Dameron, and "A Bebop Carol":

Savoy had a practice of putting the artist's name into the titles of the compositions that they recorded, and we'll hear two such examples in this next set, which features the young tenor saxophonist Dexter Gordon. In the liner notes to the Mosaic Records Savoy bebop set, jazz critic Neil Tesser describes Gordon as

the best known and most durable of the original tenor bop players… Gordon borrowed from the instrument's two Swing Era avatars, Coleman Hawkins and Lester Young, to create one of the most recognizable styles in jazz history, hearty as well as nimble.

The recording we're about to hear also gives us a chance to hear the bop-date debut of pianist Bud Powell, who played with a speed and eloquent inventiveness that dazzled and deeply influenced other young pianists of the time.

Bud Powell shows up again on our next recording, from a Savoy date led in 1946 by trombonist J.J. Johnson. As Neil Tesser writes in the booklet for Mosaic's Savoy set,

Johnson led the way in transferring the slipstream contours of bebop to the slide trombone, the instrument that—because of its resistance to combining speed and precision—was least amenable to this stylistic conversion. Johnson transcended the trombone's supposed obstacles to elevate it into the front line of bop bands, paving the way for its still larger footprint in the hardbop 50s.

In order to keep their Savoy set more economical, Mosaic chose to leave off the considerable amount of material recorded for the label by saxophonist Charlie Parker…also because this music has been frequently reissued over the years, as opposed to some of the other Savoy sides featured in this program. But any Night Lights portrayal of Savoy's bebop years needs to include some Charlie Parker, who was one of many musicians who helped to propel this music forward in the late 1940s, and who's generally accepted as the most significant. Parker expanded and accelerated the vocabulary of jazz, opening up new ways of playing and hearing the music that reflected the fleet velocity of life in post-World War II America. His November 1945 recording "Ko-Ko" is a signal moment in the history of jazz. Critic Gary Giddins has said of "Ko-Ko" that

It's like a ping-pong ball being blown by a fan in a very small room, where Parker changes the accents on every measure, on every phrase. Some of the phrases are extremely long; some are just short — they're little riffs like 'Do-be-dap, a-do-be-dap' that sound like it's a knife blade going through the music. Then he'll do something like — he quotes at the beginning of the second chorus, he plays the old piccolo obbligato from 'High Society,' a very traditional New Orleans lick, which Parker takes and he makes it fit. And I swear, the first time you hear it it's like somebody dumped a bucket of ice water over your head, because it's not like anything that preceded it.

Another Parker recorded for Savoy-Leo Parker, who played the baritone saxophone, bigger than a tenor or an alto, its size seemingly making it perhaps ill-suited for bebop's flurry of notes. Both Parker and fellow baritone player Serge Chaloff made recording dates for Savoy that showed how they, like J.J. Johnson on trombone, played a vital role in adapting their instrument to the new style of bebop. Here's Leo Parker and "Leo's Bells," on Night Lights:

On several dates Savoy used some form of the moniker "Bebop Boys" for the name of the group, and on August 23, 1946, members of this particular "Bebop Boys" ensemble included pianist Bud Powell, trumpeter Kenny Dorham, saxophonist Sonny Stitt, bassist Al Hall, and drummer Wallace Bishop for the morning session, replaced by Kenny Clarke when the group reconvened for further recordings in the afternoon. Stitt, either independently or through hearing Charlie Parker—perhaps both—had arrived at a style very similar to Parker's, and we'll hear his composition "Good Kick," as well as a tune by Powell called "Fool's Fancy" that he would re-record three years later for Blue Note as "Wail."

I'll close with music from another set of so-called "boys" who recorded for Savoy-the "Grey Boys," saxophonist Lester Young's nickname for the white saxophonists who admired and copied his so-cool-it's-hot, light, fluidly inventive sound. Two of them, Allen Eager and Brew Moore, have remained footnotes for the most part in jazz history, but they've also surfaced in fictional guise in the novels of Jack Kerouac. Eager also raced cars and later dabbled in LSD; he did more than dabble in heroin, one of the reasons why he never realized the potential that he demonstrated in his late-1940s recordings. Brew Moore was so under the spell of Lester Young that he once said, "Anyone who doesn't play like Lester Young is playing wrong." The third tenor saxophonist in this three-bebop-tenors set, Stan Getz, battled substance abuse himself, but managed to become a jazz star anyway. Though he's more strongly associated these days with the bossa-nova sound of the early 1960s, Getz also came of musical age in the era of bebop, and also worshipped at the shrine of Lester Young. We'll start off with Allen Eager and a tune alluding to the nickname for New York City bebop DJ Symphony Sid Torin, "All Night, All Frantic":

Outtakes from the program: