Bob Brookmeyer And Some Of His Friends 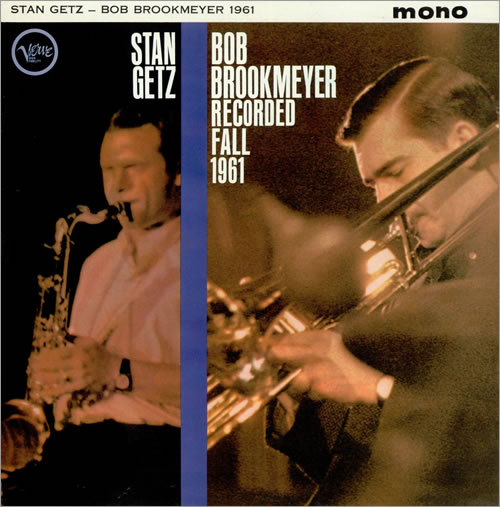 Bob Brookmeyer was a Kansas City native who grew up immersed in the swing and sound of the city's 1930s/40s musical heyday, and who went on to become one of the leading modernists of the 1950s and early 60s. After apprenticing with the big bands of Claude Thornhill, Woody Herman and others, he formed important creative alliances with Stan Getz and Gerry Mulligan, all the while honing his mastery of the valve trombone (a trumpet-like sibling to the more common slide trombone). "I found the slide instrument lacked the passion of the valve, and it was easier to say the things I wanted to say with trumpet fingering," Brookmeyer told a Downbeat writer in 1961.

Brookmeyer found an even bigger way to express himself through his writing, building his reputation throughout the 1950s and early 60s as a first-rate composer and arranger. Jazzwax blogger Marc Myers writes that "Known for his inventive touch, Bob's charts took risks and consistently featured structured drama, linear tension and potent swing." Paying tribute to both his soloing and his writing, "Bob Brookmeyer and Some of His Friends" celebrates the trombonist, pianist, composer and arranger‘s 80th birthday (Dec. 19, 2009) with some of his early recordings, featuring Stan Getz, Gerry Mulligan, Jimmy Giuffre, and more, including a dueling-pianos date with Bill Evans.