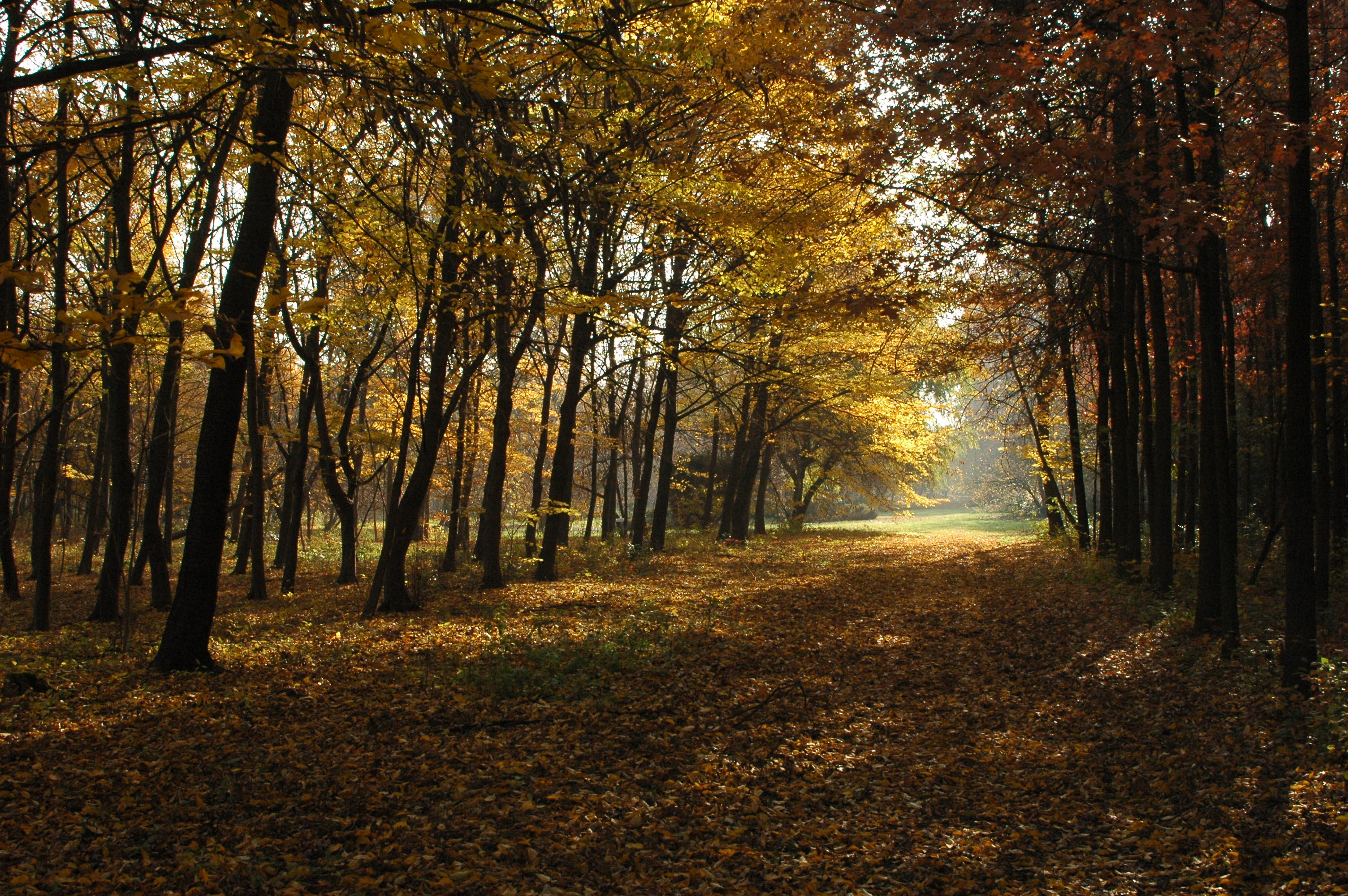 Night Lights offers a salute this week to cooler weather and changing colors with jazz invocations of the autumn. Here's the back-story on some of our fall selections:

Ballad Of A Thin Man

"Tis Autumn" was written by one of those obscure hipster figures that jazz history's full of - a guy named Harry Nemo, who bounced around the music world in the 1930s and 40s as a songwriter and actor.

Nemo wrote lyrics for songs such as Duke Ellington's "I Let a Song Go Out of My Heart," the hits "Blame It On My Last Affair" and "Don't Take Your Love From Me" and the novelty tune "Bee Gizindt," recorded by Dizzy Gillespie.

In 1947, Nemo appeared as a jive-talking character in Song of the Thin Man, the last of the Thin Man movie series. Nemo wrote "Tis Autumn" in 1941. It was recorded by several big bands of note, but it wasn't until Nat King Cole's 1949 version that it became a hit.

The Chairman And The Duke

Mutual admirers Frank Sinatra and Duke Ellington had long wanted to record together. For several years in the 1960s Duke was on Frank's record label, Reprise. At the end of 1967 they finally managed to meet up for an album.

At the time, Ellington's longtime arranging and composing partner Billy Strayhorn had just passed away. The recording date was scheduled so quickly that Ellington didn't have time to write any arrangements himself, so Sinatra brought in Billy May to do the charts for the Ellington orchestra.

Among the tunes was "Indian Summer," an ode to the warm-weather spells that sometimes occur in late autumn. Sinatra had never recorded the song before. Alto saxophonist Johnny Hodges played such a beautiful solo that Sinatra supposedly exclaimed afterwards, "My God, John, that's unbelievable!" Longtime Sinatra arranger Nelson Riddle praised the side in general, saying that he wished he had written Billy May's chart.

In 1952 Jack Kerouac was still five years away from the fame that his novel On the Road would bring him when he sat down to write "October in the Railroad Earth." This long, impressionistic piece evokes the backstreet world of San Francisco and Kerouac's work as a railroad brakeman, set in the month that Kerouac found most special.

Carried on by the natural rhythms of thought and speech, and the mind's capacity to mock the rhythm of what it thinks about - driven mostly, in this case, by the staccato beat of freight trains - some of Kerouac's sentences roll on for a whole page... These spontaneous bursts of thought unfold like a flower from the bud of some very condensed idea, in petal after petal organized by their structural necessity to a single image. Amid such complex sentences Kerouac salts little talky repetitions, ballad-like refrains, so that if the prose doesn't make book sense, it always makes talk sense.

We'll hear Kerouac in 1959 reading an excerpt from "October in the Railroad Earth," backed by Steve Allen on piano.

In 1958 trumpeter Miles Davis and saxophonist Cannonball Adderley teamed up for a Blue Note album just several months before Adderley made his studio debut with the Davis group that would eventually wax Kind of Blue. The Somethin' Else Blue Note date was released under Adderley's name, but it bore Miles' influence, especially on the extended version of the standard "Autumn Leaves."

Davis told liner-note contributor Leonard Feather, "All of my inspiration today comes from Ahmad Jamal, the Chicago pianist. I got the idea for this treatment of â€˜Autumn Leaves' from listening to him." "Autumn Leaves" would become a staple of Miles Davis' so-called Second Great Quintet in the mid-1960s.

Read the story behind the origins of the jazz standard Early Autumn.

...and watch another, instrumental version by the Miles Davis Quintet in 1964: