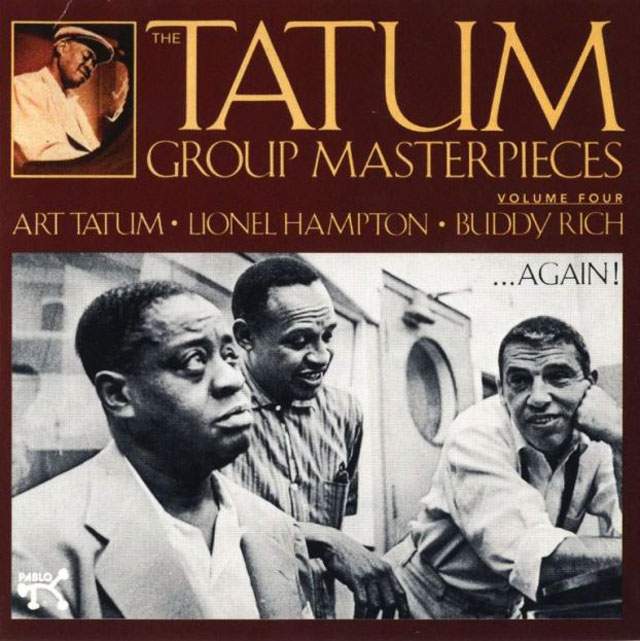 Pianist Art Tatum was so talented, so blessed with speed and harmonic imagination, that he seemed like a small, self-contained ensemble. Throughout his career he would often leave sidemen in an aesthetic dust.

Critic Martin Williams wrote that "Tatum played with an array of ascending and descending arpeggio runs, octave slides and leaps, sudden modulations, double-third glissandos… his left hand could walk and it could stride; he also liked to use a kind of reverse stride, the chord at the bottom, the note on top. And he could execute all these at tempos that most players could not reach, much less sustain." Although Tatum led a successful trio throughout much of the 1940s, many listeners preferred him as a solo performer.

Near the end of his career Tatum made a series of recordings for jazz impresario Norman Granz that featured the pianist in small-group settings. While some of these sessions are more successful than others, they all provide unparalleled opportunities to hear Tatum with colleagues that could, to varying degrees, hold their own with Tatum. Among these are:

Still, it was Tatum who dominated the proceedings. "It was a game between us of ‘Can you top this?'" DeFranco later recalled. "He'd play some astonishing figure and laugh, or turn and make a face at me over one shoulder…I think he could have outwitted Charlie Parker."

Martin Williams writes, "For the listener, the Tatum adventure seems unending." And that is part of what makes Tatum so appealing: the sense, when listening to him, that the music could simply go on forever, that the flights of beautiful prowess might never end.