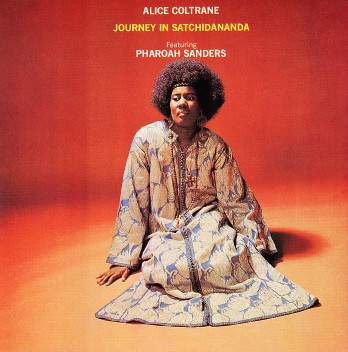 Alice Coltrane grew up as Alice McLeod in the thriving Detroit jazz scene of the 1940s and 1950s and first gained notice in the jazz world through her work with vibraphonist Terry Gibbs. In 1963 she met the tenor saxophonist John Coltrane while Coltrane and Gibbs‘ groups were sharing a bill at Birdland in New York City; eventually they would marry and have three children. When Coltrane died at the age of 40 in 1967, his widow suddenly found herself not only as the guardian of a significant musical legacy, but also as an artist who wished to extend what she saw as the mission of her husband: music that was informed by spiritual or cosmic principles. She made a series of albums for the Impulse and Warner labels over the next 10 years that ultimately led to her own musical legacy. In this program we hear selections from Ptah the El Daoud, Journey in Satchidananda, A Monastic Trio, and more. Alice Coltrane passed away on January 12, 2007.