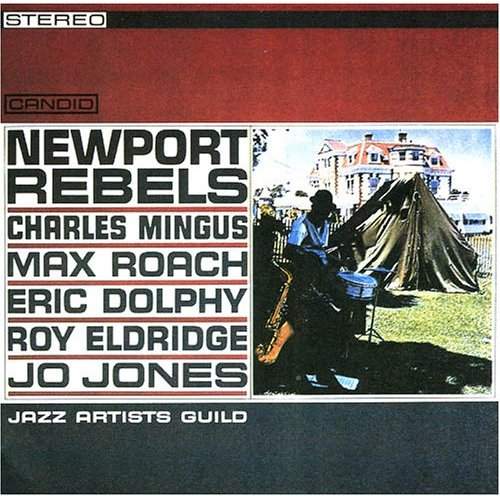 1960 was a year that signaled the start of one of the most tumultuous eras in American history. As John Kennedy squared off against Richard Nixon in the U.S. presidential election and students mounted sit-ins to protest segregated restaurants in the South, the social and cultural changes that had been brewing since the end of World War II began to come more and more to the forefront.

The jazz world was witnessing change as well. Many musicians were falling under the modal-jazz spell of Miles Davis‘ Kind of Blue, and the free-jazz influence of saxophonist Ornette Coleman, whose music was either bewildering or liberating, depending on who you talked to.

In the meantime, the kind of hardbop epitomized by Blue Note Records maintained its own strong sway.  'New' artists like guitarist Wes Montgomery (who'd been playing professionally for more than a decade) continued to emerge. John Coltrane finally departed Miles Davis' group for good; Charles Mingus organized a counter-festival under the banner of Newport Rebels at the summer Newport Jazz Festival; and Sonny Rollins remained off the jazz scene, still on a self-imposed sabbatical.

1960: Jazz at the Dawn of a Decade features music from all of the above artists (save Rollins), as well as Hank Mobley, the Jazztet, Max Roach, and a rare encounter between Coleman and Eric Dolphy on a Third-Stream interpretation of Thelonious Monk's music. Some other notable ensembles from the year include Art Blakey's Jazz Messengers, who made a blazing run of albums for Blue Note with a front line of trumpeter Lee Morgan and saxophonist Wayne Shorter, and Gerry Mulligan's extraordinary Concert Jazz Band.

January: Massachusetts senator John F. Kennedy announces his candidacy for the presidency of the United States. Nobel-Prize-winning author Albert Camus dies at the age of 47 in a car accident. The San Francisco Chronicle reports that Dave Brubeck lost $40,000 in bookings from a month-long tour of U.S. southern states because he refused to drop African-American bassist Eugene Wright from his group.

February: Four black students stage a sit-in after being refused service at a dime-store lunch counter in Greensboro, North Carolina. The United States Senate votes in favor of the 24th amendment, which bans the use of poll taxes. Fidel Castro's government nationalizes all industry in Cuba.

May: The musical The Fantasticks begins its 42-year-run in New York City. The Soviet Union shoots down an American U-2 spy plane and captures its pilot, Francis Gary Powers. Rock 'n roll DJ Alan Freed indicted on charges of payola. The U.S. Food and Drug Administration approves the birth-control pill Enovid for sale.

This timeline was derived in part from this more comprehensive site.