Purdue Researcher: Dark Mode May Not Save Smartphone Battery As Much As You Think 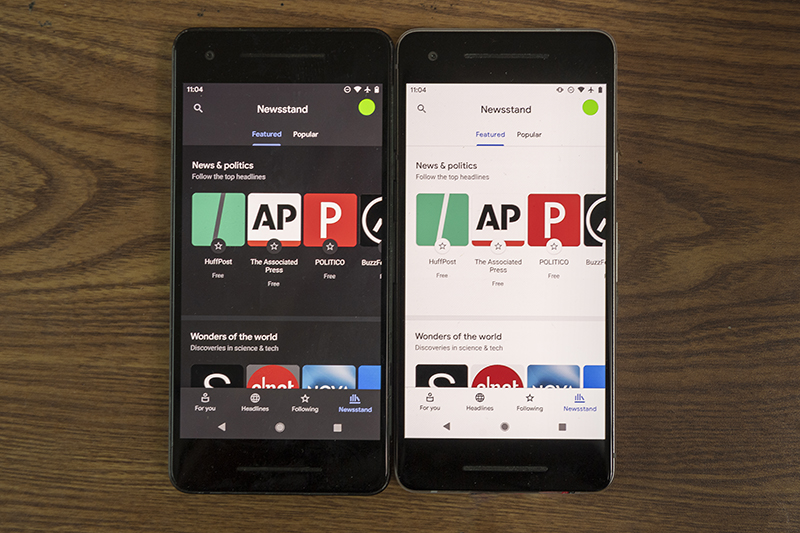 OLED displays were introduced to smartphones in 2017 and were said to have a lower battery draw when displaying dark-colored pixels. This gave rise to the popularity of dark mode displays in Android and iPhones in 2019.

Charlie Hu, a Professor of Electrical and Computer Engineering at Purdue University, has studied smartphone energy management for almost 10 years.  He said dark mode does not save a phone’s battery life like you think, but it has a few silver linings.

“Switching to dark mode is only one of the knobs that controls the OLED display power draw,” Hu said. “The other significant knob is actually the brightness of the OLED display.”

Auto brightness, the default feature on most smartphones, will adjust to about 40 percent indoors. Hu’s team observed that switching to dark mode while your phone is between 30-50 percent brightness will only save the battery 3-9 percent power.

However, auto brightness adjusts to about 100 percent outdoors. Switching to dark mode in this situation can save between 39-47 percent battery power.

Hu’s team analyzed four Android phones released in the past four years. They determined how dark mode affects 60 seconds of activity on six of the most popular apps on Google Play, including Google Maps, YouTube and calculator.

“We see no reason why it would not apply to iPhones,” he said. “The reason being we are talking about the power draw behavior of an OLED hardware display, which is one of the components common to the latest iPhone and Android phones, and typically manufactured by a third party.”

Hu’s team created a way to accurately measure battery consumption by app for Android, called Android Battery+. The app is expected to become available in the coming year.