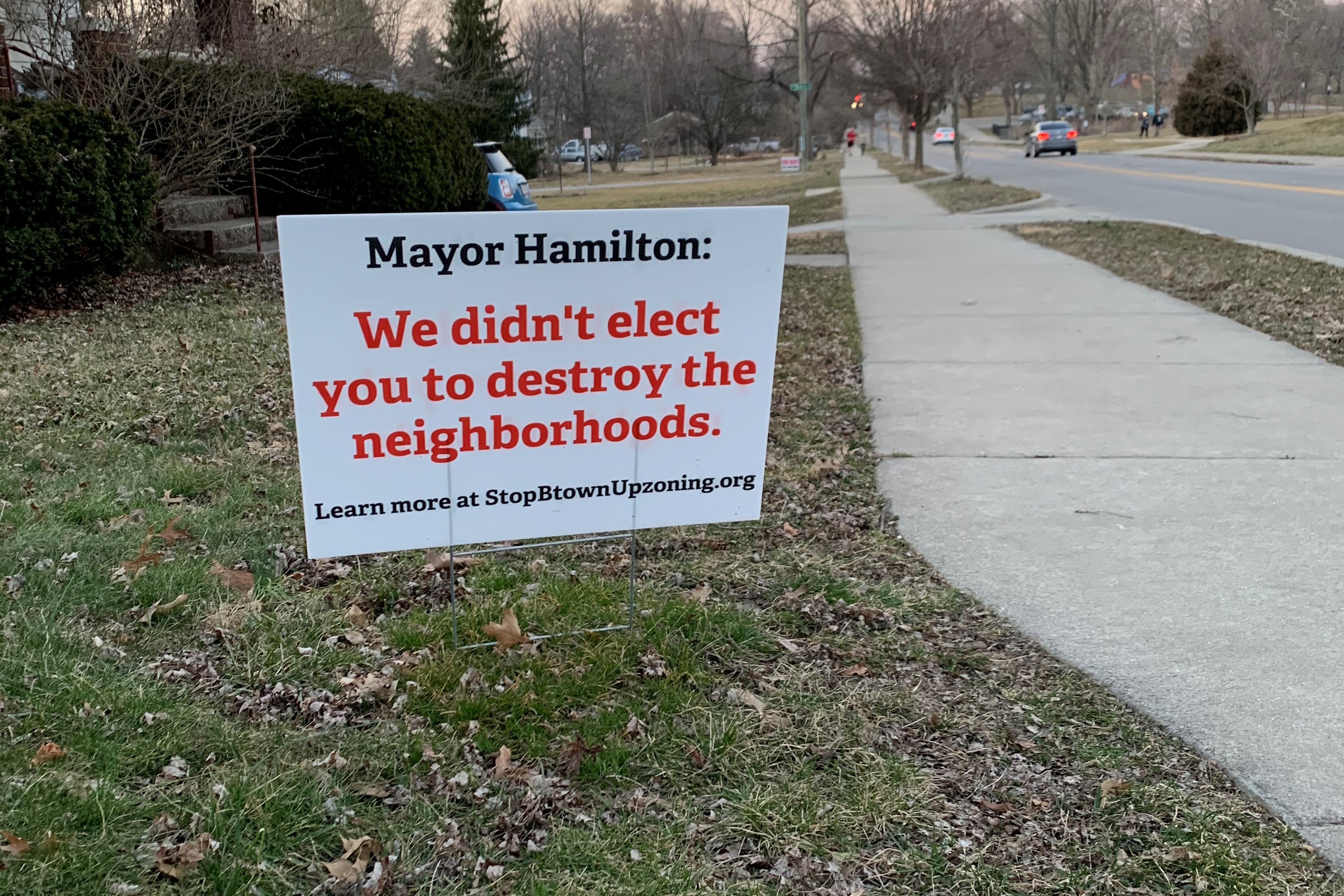 The Bloomington Plan Commission debated the controversial issue of allowing plexes in core neighborhoods at its meeting Thursday night.

The plex amendment is being proposed as an addition to the city’s Unified Development Ordinance (UDO), which sets Bloomington’s zoning laws. This addition would make duplexes, triplexes and fourplexes legal in many parts of town.

So in effect, duplexes would be legal under these new changes in core neighborhoods under a conditional use. A conditional use means that each plex must be approved on a case-by-case basis by the city's Board of Zoning Appeals (BZA).

"Because obviously it is a contentious program. People are worried and they want to be able to know what’s going on in their own neighborhood," said Scanlan. "BZA offers that opportunity for the petitions to be discussed in public and details to be hashed out and questions to be asked."

Scanlan said the measure is an overall effort to make more housing options available to people in the community. She said it is part of the city's Comprehensive Plan to make housing more inclusive and diverse.

"So much of our land and area is dedicated to one option that even just adding one more option is really just an incremental step to allowing the possibility for more units," Scanlan said.

But a number of Bloomington residents worry about what the legislation could mean for their neighborhoods.

Former city councilmember and plan commissioner Chris Sturbaum said rezoning Bloomington’s residential areas will not create the kind of affordable housing the city is aiming for.

"When an investor buys the old rental units to convert to duplexes, renters are displaced. The rents are going to be higher, and the previous affordable rental is gone."

Sturbaum and other members of the community are fearful that densifying could damage the social character of single-family neighborhoods and encourage out-of-town owners to buy up properties.

Scanlan refuted those claims during her presentation of the amendment Thursday night.

"Slightly over half of all of the rentals in the primary single-family districts are owned by someone who owns a handful of rentals here in town as opposed to a large group in town or otherwise."

She said in a survey conducted by the city, there are 2,874 active rental addresses within the newly proposed R1-R4 zones. It was discovered that from those rentals, 51% were owned by people who live in Bloomington and are small scale owners with five properties or less to their name.

"It seems to be if there was going to be an influx of out-of-town development or interest that that would already be occurring," Scanlan said.

While there is a large portion of the community who opposes the addition of plexes in their neighborhood, there are still several people who support the proposed changes.

"It’s easy for folks who have a home, but folks like myself who are renters and would like to buy and would benefit by being able to live in a duplex in the core neighborhoods, certainly feel like we’ve waited long enough," said resident Vauhxx Booker.

Individuals on the other side of the argument think this could a positive step forward in creating more options in Bloomington's housing market.

But nonetheless, there is a substantial push from the community to delay the plex amendment. A newly formed organization called "Going Farther Together" is asking the city to pause its efforts to give everyone more time to evaluate the changes.

Plan Commissioner Susan Sandberg spoke on behalf of the organization and introduced an amendment to continue debating the issue further before voting.

"In order to collect quality data, consider a variety of alternatives and ensure meaningful community participation," said Sandberg. "The issue has been brought forward that not all neighborhoods are alike, and this seems to be a one-size-fits-all kind of proposal that doesn’t take into consideration that density will have different impacts on different neighborhoods."

Proponents of the pause believe it is necessary to keep discussing the issue and be thorough rather than adopting it into law and being stuck with the possible consequences.

Resident Peter Dorfman said it will also be easier to talk about this matter under the traditional format of in-person meetings.

"We are probably only a few months from the point where enough people have been vaccinated, so that city government will get comfortable with the possibility of meeting in-person again," said Dorfman. "And I don’t think a delay of several months will do any damage to this debate."

Because of a new rule that no new items can be discussed after 9:30 p.m., Sandberg’s amendment to pause adoption will be discussed further at the next Plan Commission meeting.

That meeting is scheduled for Monday at 5:30 p.m.