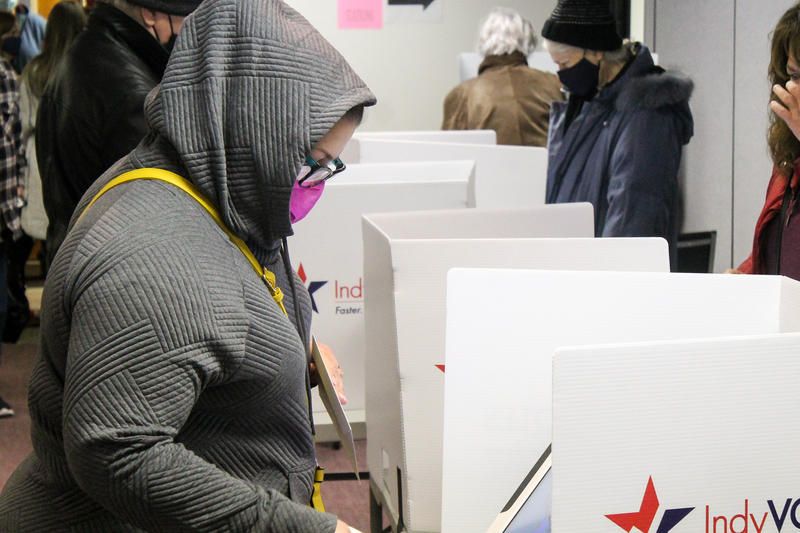 In 2021, just three school corporations in Indiana have proposed referendums, including a measure from Elkhart Community Schools rejected by voters in May. (Lauren Chapman/IPB News)

Some voters in northern Indiana will decide the outcomes of two school funding referendum measures next week, and the leaders of the two school corporations say the tax proposals are critical to their budgets' bottom line.

Concord Community School Corporation and MSD of Boone Township are the only two school corporations with measures on the ballot this fall. But they aren't necessarily new tax rate proposals – both won voter approval on referendums in 2014.

MSD Boone Township is hoping to renew its maximum tax rate set at $0.21 per $100 of assessed property value. Superintendent Jeff Brooks said the referendum funding helps offset the impact of property tax caps, and most of the revenue from the 2014 measure has gone toward teacher pay.

Meanwhile, Concord Superintendent Dan Funston said the corporation is asking for a lower rate this time, because local property values have gone up.

"The value of everybody's homes has increased a lot, and so we know our taxpayers are feeling the effect of that," he said.

Concord is seeking approval for a maximum tax rate of $0.32 per $100 of assessed property value. Funston said even if voters approve the new, lower maximum rate, the school corporation should be able to bring in a similar amount of money because of the increased property values.

But even as the two school corporations ask voters to renew existing taxes, schools are dealing with new referendum rules approved by lawmakers earlier this year, including new language used on ballots.

Brooks said he hopes lawmakers revisit the new language requirements; he worries the longer question with new percentages included in it could confuse voters.

"A little bit about how that percentage – that tax impact percentage – is calculated is a little bit, in my opinion, odd," Brooks said. "Hopefully that's something that the legislature can look at and maybe try to tweak a bit."