Officials: We Changed Demonstration Rules Because Of Farmers' Market Protests 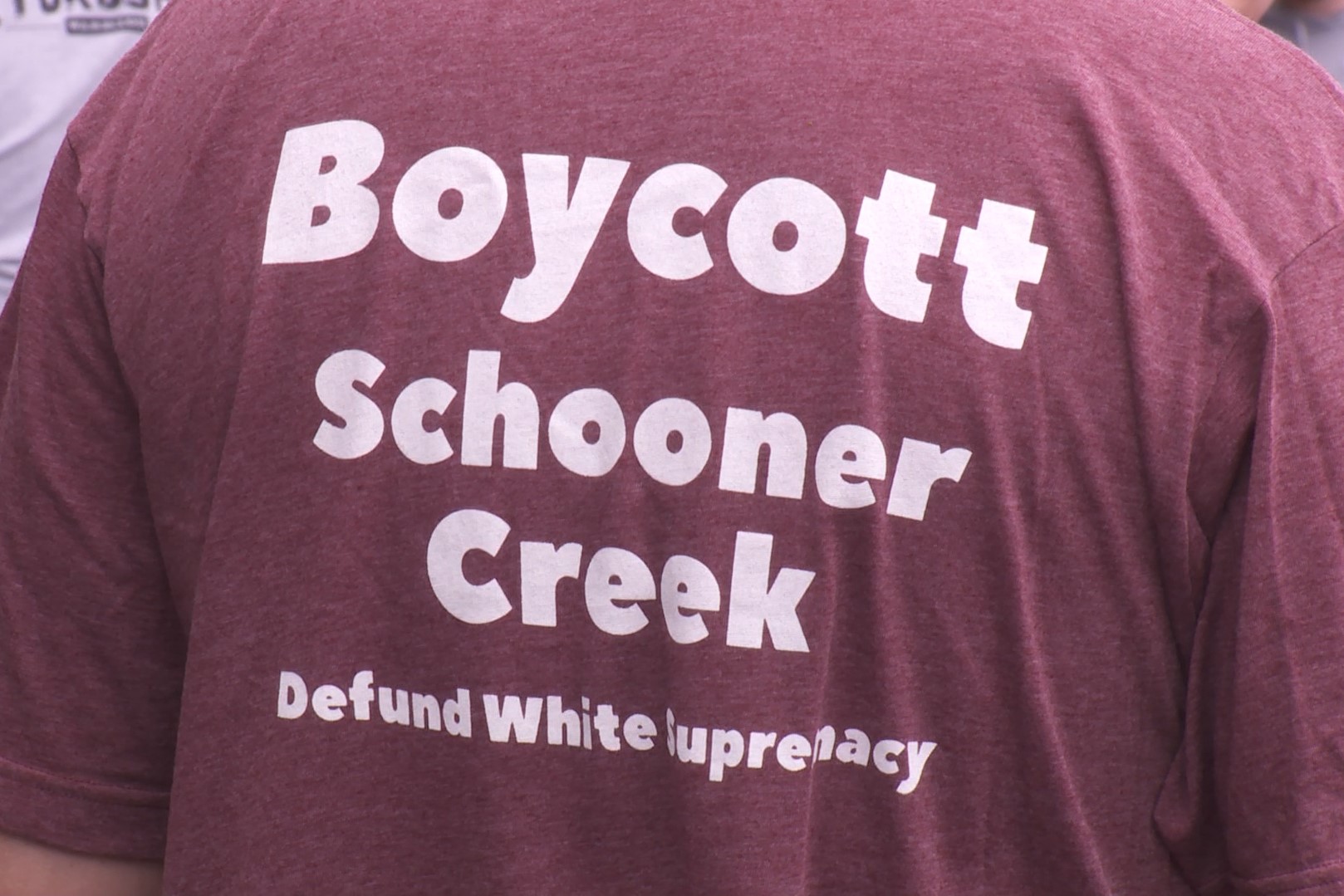 This week, the Department of Homeland Security added white supremacy to its list of priority threats.

The 12 protesters were wearing purple t-shirts emblazoned on one side with a Cornel West quote, and the other side said “Boycott Schooner Creek Farm.”

According to current market rules, if a person is interrupting the market and refuses to leave, staff will call the Bloomington Police Department.

Protester and local reverend Forrest Gilmore says the group was asked to move and refused.

Market Coordinator Marcia Veldman says, despite the rules, she made the decision to not involve the police on Saturday.

“It was clearly walking a fine line as to whether it was disrupting to commerce in the market, which is not permitted,” she says.

She says after the market, several vendors reached out and told her business had been affected by the presence of the protesters.

A document titled “Clarification of Long-standing Rules of Behavior for the Bloomington Community Farmers’ Market” was distributed by the city and the Bloomington Police Department in late July, after the arrest of protester and Indiana University professor Cara Caddoo at the market.

It states that signage and distribution of literature by market attendees is only permitted in certain areas, including outside of market boundaries and in Information Alley. It also includes the following rules:

Though the document wasn’t distributed until after Caddoo’s arrest, the “longstanding rules” are dated June 27, 2019 – exactly one month prior to the arrest.

Veldman says some rules about signage existed before this summer, but city officials felt the need to clarify them after the arrest. Veldman says the date on the document is correct, but it is unclear why the city didn’t release the rules until a month later – immediately following the arrest.

“The June 27th date is when Parks staff, city legal and various other departments in the city all met and really were like, ‘Okay, let’s go through the different situations and establish clarity,’” Veldman says.

She acknowledges that while most of the rules in the document have existed for quite some time, the word “longstanding” isn’t entirely accurate.

“Having managed the market for 23 years, I was aware, absolutely, that we had allowed for signs in the market,” she says. “But, again, the situation changed, and it only makes sense that we are able to adapt to a changing situation.”

As of Sept. 24, the "Rules of Behavior" document on the City of Bloomington's website no longer includes the word "longstanding."

Some have criticized the city for enforcing the rules when it comes to protestors, but not taking action when Indiana members of The Three Percenters have congregated near Schooner Creek’s stand. The group has appeared at the market several times to ensure Dye’s constitutional rights weren’t violated, and some of them were armed.

Mayor John Hamilton has said national and state laws prevent the city from regulating firearms at the market.

Veldman says hats and shirts do not count as signs in the context of market rules.