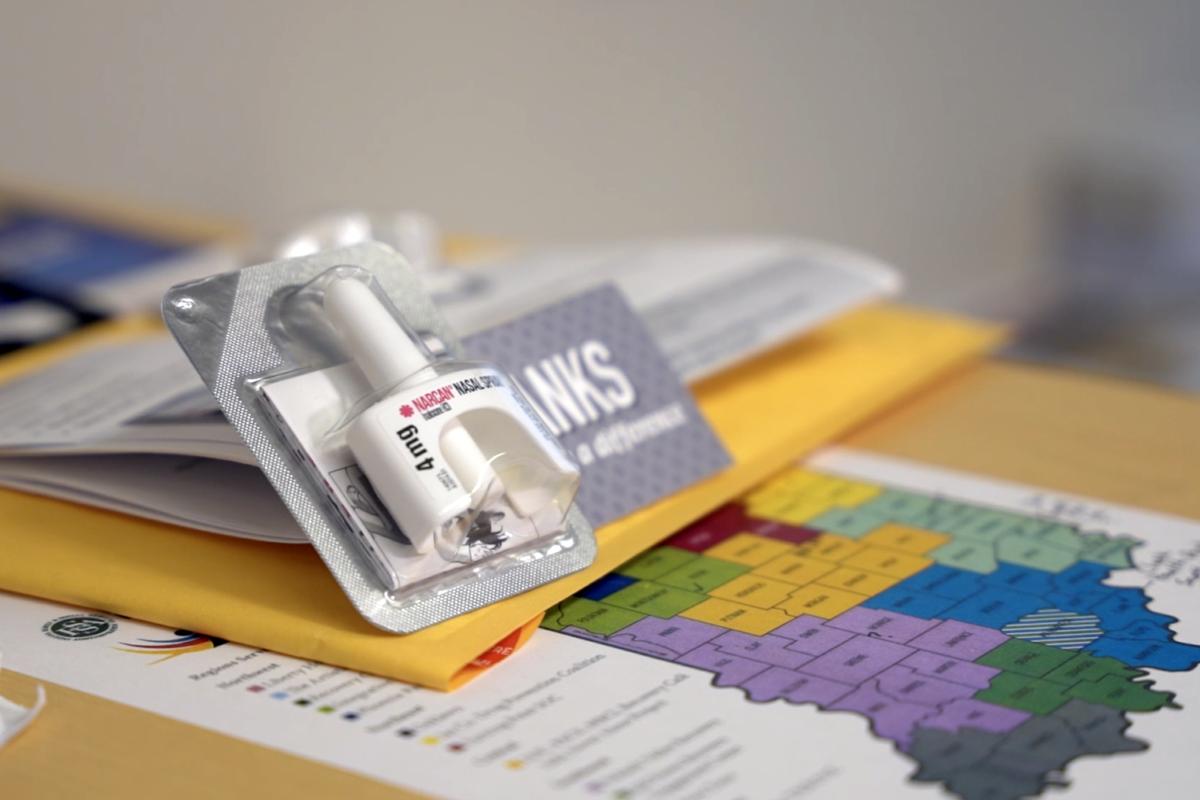 It’s been over two years since Amy Powell’s youngest son died of an accidental opioid overdose.

Even today, she feels his death could have been preventable if someone had known the signs.

“In retrospect, it was plain as day,” Powell said. “(There were) at least three instances where there could have been a complete stop and a check in with Cameron to see how he was doing leading up to his death.”

In late February 2019, 17-year-old Cameron Powell began complaining at school that he didn’t feel well. He had taken an opioid earlier that morning, but that’s not something you tell your mom or the school nurse.

“He was complaining of his stomach hurting, he was nauseated,” Powell said. “And when they went to wake him up, he was very hard to rouse. He was snoring.”

Nobody at the school realized Cameron was showing signs of a near overdose; neither did anyone at home. Cameron slept off the effects of the morning pill and took another before bed.

It was laced with fentanyl, and he never woke up.

“The drugs today are just so incredibly dangerous – every drug on the street is laced with fentanyl,” she said. “His autopsy showed three different kinds of fentanyl in his system, and it just takes one. It just takes one and you're dead.”

A new program from the IU School of Public Health wants to prevent stories like Cameron’s.

IU Prevention Insights’ “Opioid Rapid Response System” is educating Hoosiers from five counties about opioid overdoses and how to respond to them. Launched last September, the program trains people how to administer the opioid antidote Naloxone – also known by the brand name Narcan – and connects them to possible overdose events in their area.

“Firefighters, sheriff's departments, EMS are seeing these (overdose) numbers increase in their communities,” said Cris Henderson, research associate with the IU School of Public Health. “They're saying to us, ‘We need this type of intervention right now.’”

Indiana, like the rest of the United States, experienced record overdoses last year.

Stress from the coronavirus pandemic, paired with lockdowns and the incredibly powerful opioid fentanyl, led to a 33 percent jump in Indiana’s overdose deaths – an estimated 2,268 Hoosiers died of overdoses in 2020, up from 1,704 in 2019.

Although the program started last year when overdoses were spiking, it wasn’t in response to the pandemic.

Henderson hails from East Oolitic, a town of about 1,000. Growing up, they saw the impact opioids can have.

“I have family members who struggle with substance use disorder,” Henderson said. “I do this work to help my neighbors, my friends, my community.”

It was while Henderson was doing this work that they met Dr. Eric Yazel, the Clark County Health Administrator. Yazel was testing out a program in 2018 called PulsePoint Respond, a smartphone app that connects users to emergency events nearby.

“It's basically any call that goes to 911 for someone who's unconscious, unresponsive,” Yazel said. “Then we started noticing a lot of our overdoses were getting knocked out as PulsePoint notifications.”

Yazel and Henderson eventually began discussing how to build upon the Clark County program. That led to the Opioid Rapid Response System, which Henderson calls “ORRS” for short.

The virtual training is self-paced and takes about 30 minutes to complete. Residents of Boone, Dearborn, Hancock, Monroe and Madison counties are currently eligible for ORRS training, since those counties already subscribe to PulsePoint.

“We just happen to be leveraging technology that communities have opted to purchase so that we connect people in real time to possible overdose events and render aid,” Henderson said.

After one completes the training, Henderson will send an overdose kit complete with two doses of Naloxone, which can be replenished by request. After downloading PulsePoint, the app will alert users to possible overdose events.

The thought is, if someone’s available, they might be able to save a life by getting  there before emergency authorities. Or, if someone they know is overdosing, they’d be prepared to act.

Henderson says the program could be especially useful for rural areas, where limited resources and emergency personnel can lead to longer response times.

“Response times are a major problem,” Yazel said. “I mean, sometimes it takes 10-15 minutes – out where I live, it's probably 25 minutes reliably to get an ambulance. And so being able to deliver something like that by somebody who's out in the general public  has the ability to save lives.”

Emergency professionals agree. Bloomington Fire Department Sergeant Matt Muehling says they do their best to respond promptly to calls, but it’s tough to be everywhere at once. And when it comes to overdoses, minutes are the difference between life and death.

“Narcan is the only way to prevent somebody from OD’ing,” Muehling said. “And so whatever means get it to the scene, it will end up saving lives.”

Henderson is working to expand the program to 10 more Indiana counties. They’ve been in contact with the state office Drug Prevention, Treatment and Enforcement, and representatives from Drug Free Marion County have reached out about a possible partnership.

As a Marion County resident, Powell says she’s hoping they can work something out.

“I think it’s incredible. I think it’s crazy not to do it,” Powell said. “There is such a need for educating our parents, our teachers. Even if you don't think your kid has problem, it can happen to you. I thought the same thing. And here I am. Narcan can save these kids. Narcan is a savior.”