‘I Would Write Up My Staff For This’: Local Health Officials Say Indiana’s Contact Tracing Efforts ‘Unacceptable’ 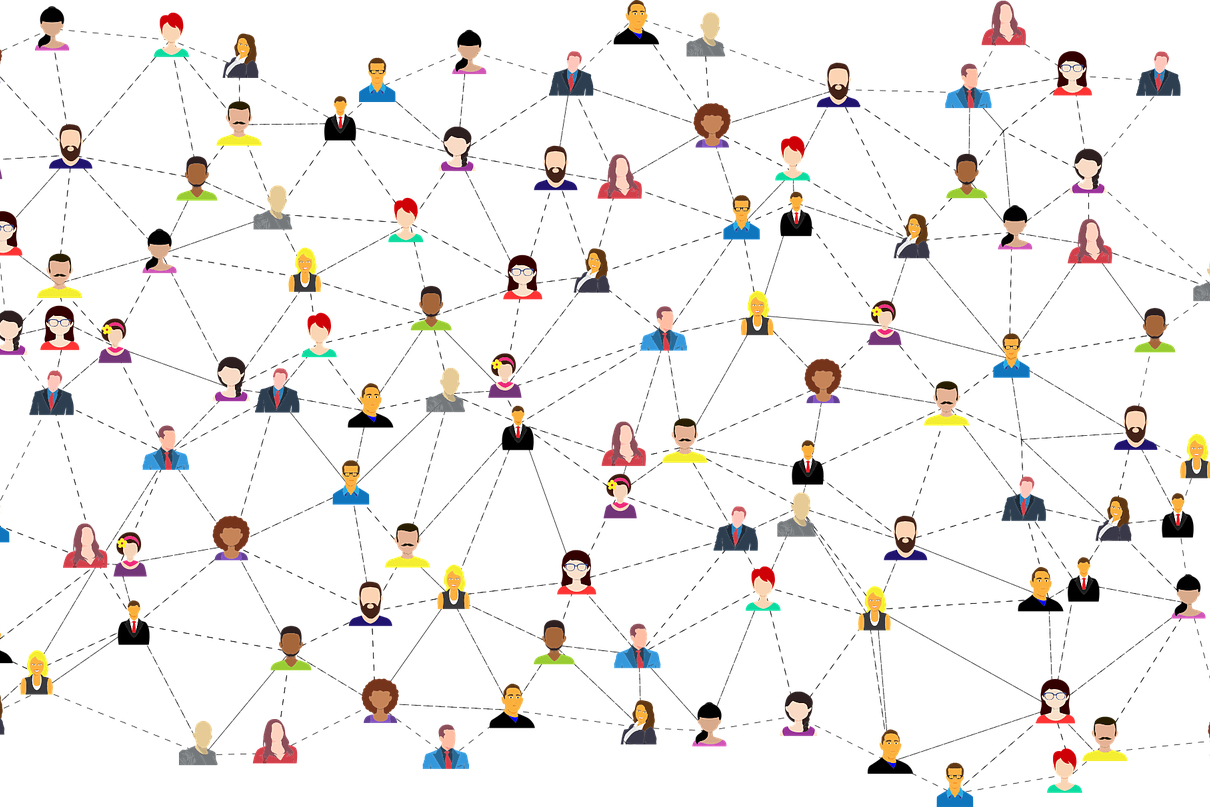 According to multiple local public health officials, it is “unacceptable” as many as half of the files in the state's contact tracing database are missing vital information.

On May 11, Indiana began to supplement the efforts of local health departments by creating a centralized contact tracing call center.

The state is paying Virginia-based outsourcing firm Maximus $43 million to oversee the centralized tracing efforts. Although public health experts recommended more, 500 workers were hired in May.

Just before the deal was inked, the company sent a donation to Indiana Gov. Eric Holcomb’s reelection campaign. That wasn't its first foray into Indiana politics.

Maximus did not respond to multiple requests for comment—either on its political contributions or the quality of contact tracing.

But the issues Indiana is facing run deeper. Health officials worry the problems plaguing contact tracing could be costing Hoosiers their lives.

The Indiana State Department of Health (ISDH) confirmed one in five positive cases are “lost to contact”—meaning the state’s contact tracers were unable to reach a COVID-positive patient after five attempts in a 48-hour period.

“I was thinking that they were still learning and kind of getting the kinks worked out in the system and it was going to get better,” said Tippecanoe County Health Department Administrator Khala Hochstedler. “So far it has not really improved in the investigation quality and we’re still doing a lot of work with each case.”

Hochstedler is not alone. She joins a growing number of local health officials speaking out about the state’s program. While nearly all said they didn’t expect the system would be perfect, many are disappointed with lack of communication and attention to detail.

However, the scale of a global pandemic quickly strained resources. Many departments were forced to suspend other functions, such as routine vaccinations, to keep up with demand.

In May, Indiana announced its initiative. At the time, State Health Commissioner Dr. Kristina Box called contact tracing a critical part of the fight against the coronavirus.

“We must be able to test individuals quickly and isolate them if they are positive,” she said. “And then, contact individuals who have been in close contact with them and let them know that they must quarantine themselves for 14 days.”

On May 11, Indiana officially began tracing cases through a centralized system.

“When the state was taking over contact tracing, I had some misgivings about it,” he admitted. “I still do.”

After an individual receives a test, their results are sent to the state database. Tracers then follow up with positive patients, provide instructions and ask further questions. Getting answers to these questions is fundamental to a successful tracing effort.

Individuals are logged lost to contact when a tracer has not been able to reach a patient after five attempts in a 48-hour period. ISDH confirmed around one in five cases fall into this category.

The other issue has to do with the quality of tracings marked complete. Multiple local health officials said as many as half are marked complete, but still missing vital information.

Sharma, like many of his peers, confirmed his staff has experienced contract tracing forms that are not complete.

“There were a number of questions that were left unanswered,” he said. “I don’t know how that happens.”

County health officials said this leads to more work in their offices.

“I would consider it unacceptable for my staff if they fill a contact tracing form halfway complete.” Sharma said he has no idea why this is happening.

But the problem isn’t unique to Fountain and Warren counties.

Dr. Alan Stewart, health officer in Knox County, said he and his staff have continued to contact trace each of the new cases there despite the existence of the state program.

“In Knox County, I’m not really aware that the state has taken it over. We still do it here,” he said.

The story is the same in Tippecanoe County.

“State wouldn’t be able to collect that data to see that it’s poorly done, because it’s marked complete, and they’re moving on to their next case,” Hochstedler said. “Whereas here, we’re digging further into it on a local level, and it’s not complete.”

“It's the most important piece,” she said. “So, if it's not done well, we can't stop the spread of COVID-19. You can wear mask and you can have mitigation strategies all you want. But, if you're not stopping and quarantining people when they have a known exposure, you're not going to stop the threat to COVID-19.”

ISDH says local health departments still have the option to conduct their own contact tracing.

"Contact tracing is being done in partnership with the local health departments," the department wrote in a statement.

Poor Quality Could Push Counties To Take Over Tracing Again

Hochstedler said before tracing was centralized, her team was working around the clock, but she has a message for local health departments who aren’t following-up on results.

“I would still encourage other health departments to be checking [the] Dynamics [database], and making sure that the investigations are getting up to par on what they were doing beforehand.”

Angela Cox, administrator at the Henry County health department, knows the value of that firsthand.

Cox said one of the first cases tied to a large Henry County outbreak was marked as complete on the state’s database, but the contact tracer failed to ask questions she believed were pivotal.

Cox only found out about the outbreak by happenstance.

“My health officer went through the lab at the hospital,” she said. “He just typically goes in and checks and see where our numbers are at.”

Cox said, “On that particular Sunday, we had 18 new cases. One of them was a five-year-old.”

According to Cox, the health officer called her right away. Quickly she and a colleague returned to the office and began tracing that same day—a Sunday.

“Our concern is always whether they are in a daycare situation and it happened to be that individual was in a daycare,” she said.

To make matters more complicated, the daycare that child attended was attached to a church. In a short period of time, Cox said her team worked with the church to cancel in-person services.

While Cox declined to provide the name of the church, she asserted the consequences could have been even more dire had her administrator not happened to be in the hospital.

“Probably it would have been another three to four days before we ever put that together,” she admitted.

According to Cox, the form from the state’s contact tracer never mentioned information the child had been around others. Cox said it was likely the church “would have went on having services.”

She said that would have compounded the spread of an already swelling outbreak in her community.

Thankful For Help But Dissatisfied With Results, Local Health Departments Look For Answers

Contact tracing requires time, resources and personnel, all of which are in short supply in local health departments across the state.

Cox used to have five full-time registered nurses in her county of about 50,000 residents. Now she has one.

They said funding decreases in recent years have pinched local health departments. Studies place Indiana near the bottom of the country in health rankings.

Many are grateful for any help from state or federal partners.

Sharma, Hochstedler and the rest of the local public health officials interviewed agree they’re thankful ISDH has absorbed some work.

“COVID-19, it's been our life, seven days a week since it started,” Hochstedler said. “I do appreciate, I don't want to say that I don't appreciate the state's help.”

That centralized help has come at a cost, however, and is leading some to consider managing their county’s tracing locally.

Hochstedler says she hopes it doesn’t come to that, but for her time is of the essence. Her county is home to Purdue University, which plans to welcome around 40,000 students back this fall.

Hochstedler said she’d have to hire another staff member and plans to make a decision before the end of July. The quality of the state files, she says, is unacceptable.

“It's so poorly done that my staff member would not have a job if this was their quality of work.”

She and Sharma believe the state is working to fix shortcomings, but they remain concerned.

“You don’t turn in a project that is half done,” he said. “Half of a contact trace is of questionable utility and an inefficient use of resources.”

Sharma said his nurses have been in contact with the department, and he believes ISDH realizes it is a problem.

The department is aware. ISDH declined an interview for this story, but provided a detailed statement.

ISDH wrote they take “continual feedback from local health departments” on items that should be improved.

ISDH said local health departments have been “helpful as boots on the ground in their communities to help us reach some cases that have not responded to our outreach efforts.”

The Hoosier state’s issues with contact tracing, however, don’t just lie in the quality of reporting.

During the press conference, Box said all information gathered at the state's centralized call center would be shared with local health departments.

“And then [they] can be there as that local resource for individuals that are now isolating and quarantining,” Box said.

According to numerous local health officials, that isn't happening.

After an individual receives a positive test result, labs are required to report to the state. Doing so allows for accurate case counts that policymakers use to make decisions.

However, the ISDH’s NBS database does not properly sync with the database used by local health departments and contact tracers.

Because the state system doesn’t synch automatically, information is delayed.

Delays are common and local health officials admitted they’re losing patience because even a small delay in tracing contacts could lead to more infections.

The state is aware of the issue, and said it’s working to resolve it. ISDH wrote the department “worked closely with labs to improve the timeliness of reporting test results to NBS. We have increased the frequency of the data load of confirmed positive COVID-19 test results to the Microsoft Dynamics platform.”

According to ISDH, when results are loaded into the Microsoft platform, text messages and calls to the individual begin.

The department said it will “continue looking at opportunities to increase the frequency” at which data is updated.

Despite the progress, nearly two months have passed and a system used by nearly all of the state’s health departments daily is not working the way local health officials say it should.