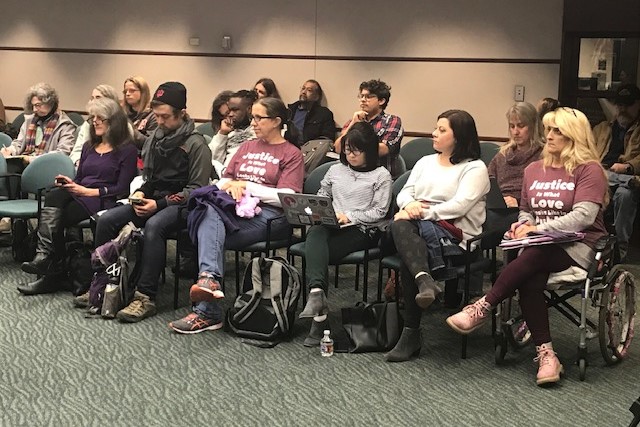 A controversial vendor at the Bloomington run farmers’ market has not yet applied for a permit for the 2020 market.

According to researchers, identitarianism is a racist, white supremacist ideology.

Cassandra Caswell, member of the group “No Space For Hate” says she wants Dye removed from the market.

On November 9th, a group of protestors identified as the “Purple Shirt Brigade” were kicked out of the market for holding up signs and protesting loudly in front of Schooner Creek’s stall.

Earlier this year Mayor John Hamilton said the city would not remove Dye, because it would be in violation of her constitutional rights.

“Getting rid of one vendor is not going to make Bloomington a less racist place, it would be a symbolic gesture, but we need to look at this systemically,” says McCallister.

McCallister says efforts by the committee to encourage more diversity at the market have been hamstrung by the Schooner Creek issue.