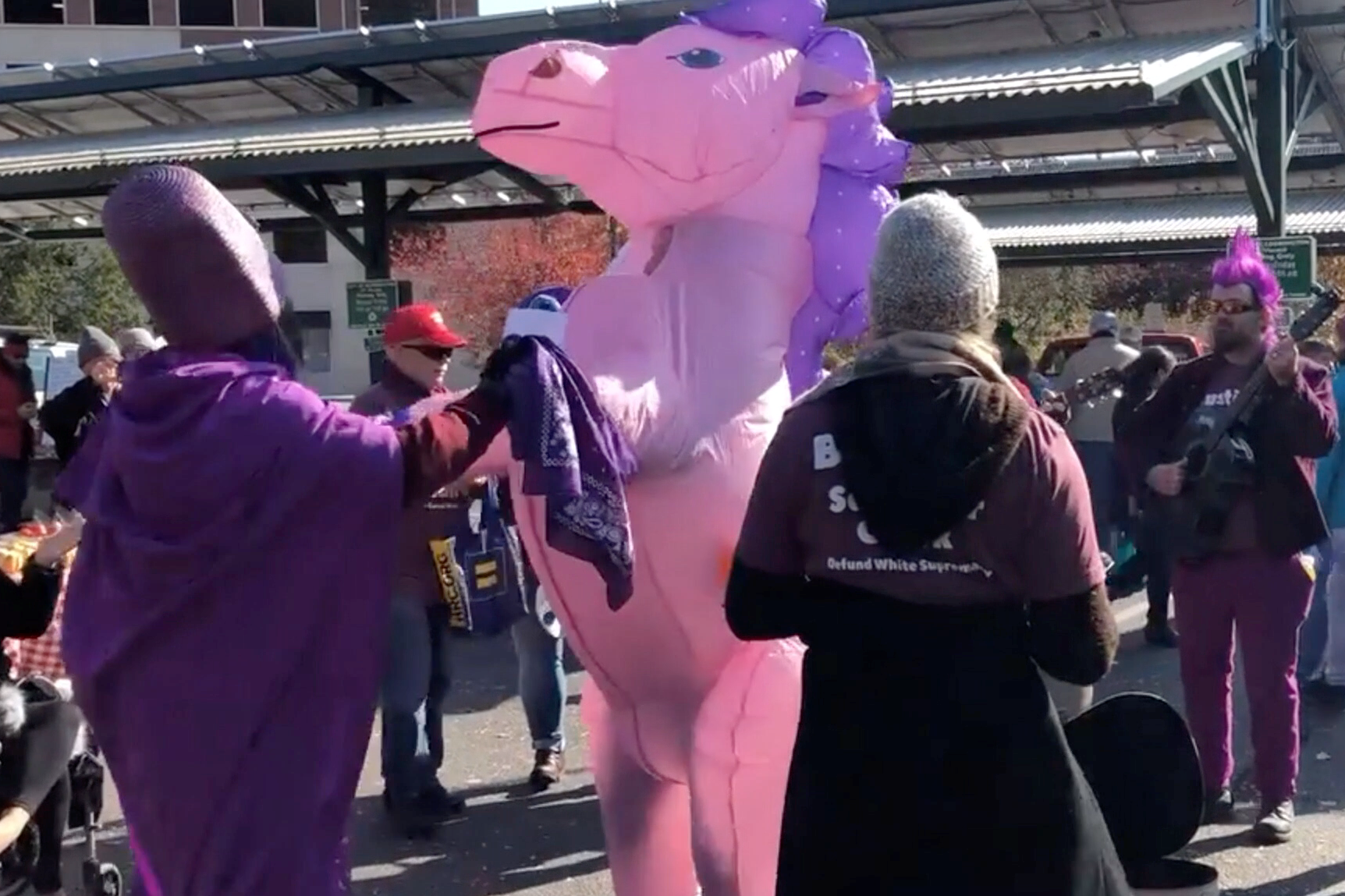 Five members of a group known as the “Purple Shirt Brigade” were arrested and cited for criminal trespass and disorderly conduct Saturday at the Bloomington Farmers’ Market.

The group was formed to protest the presence of vendor Sarah Dye, co-owner of Schooner Creek Farm.  Dye’s name has allegedly been linked to Nolan Brewer, who plead guilty to vandalizing a synagogue in Carmel last year.

Dye told an alt-right website that she’s an “Identitarian,” which experts say is a movement that says “change of a country through diversity is bad.”

The City of Bloomington issued a statement earlier this year saying it would not remove Dye from the market because it would be a violation of her constitutional rights.

Bloomington Police were called out to the market around noon on November 9th, after city park staff asked members of the Purple Shirt Brigade to leave the market.

“Their actions were determined to be a violation of Market rules by members of the Parks Department,” Pedigo says.

Pedigo declined to release the names of those cited. Disorderly conduct and criminal trespass are misdemeanors.

Thomas Westgard says he was among one of the protesters cited along with Charles Bonds, Forrest Gilmore, Lisa Marie Hacker, and Ashley Pirani.

“The majority of the signs that we were carrying, had things that supporters of Sarah Dye have said on line about our group,” Pirani says.

She claims one Dye’s supporters shouted transphobic comments at her group when they protested at the market on November 2nd.

Pirani says Purple Shirt Brigade will continue to protest as long as Sarah Dye is at the market.

Gilmore is the executive director of the Shalom Community Center, an organization that offers help to people experiencing homelessness and poverty. Gilmore declined to comment on this story.