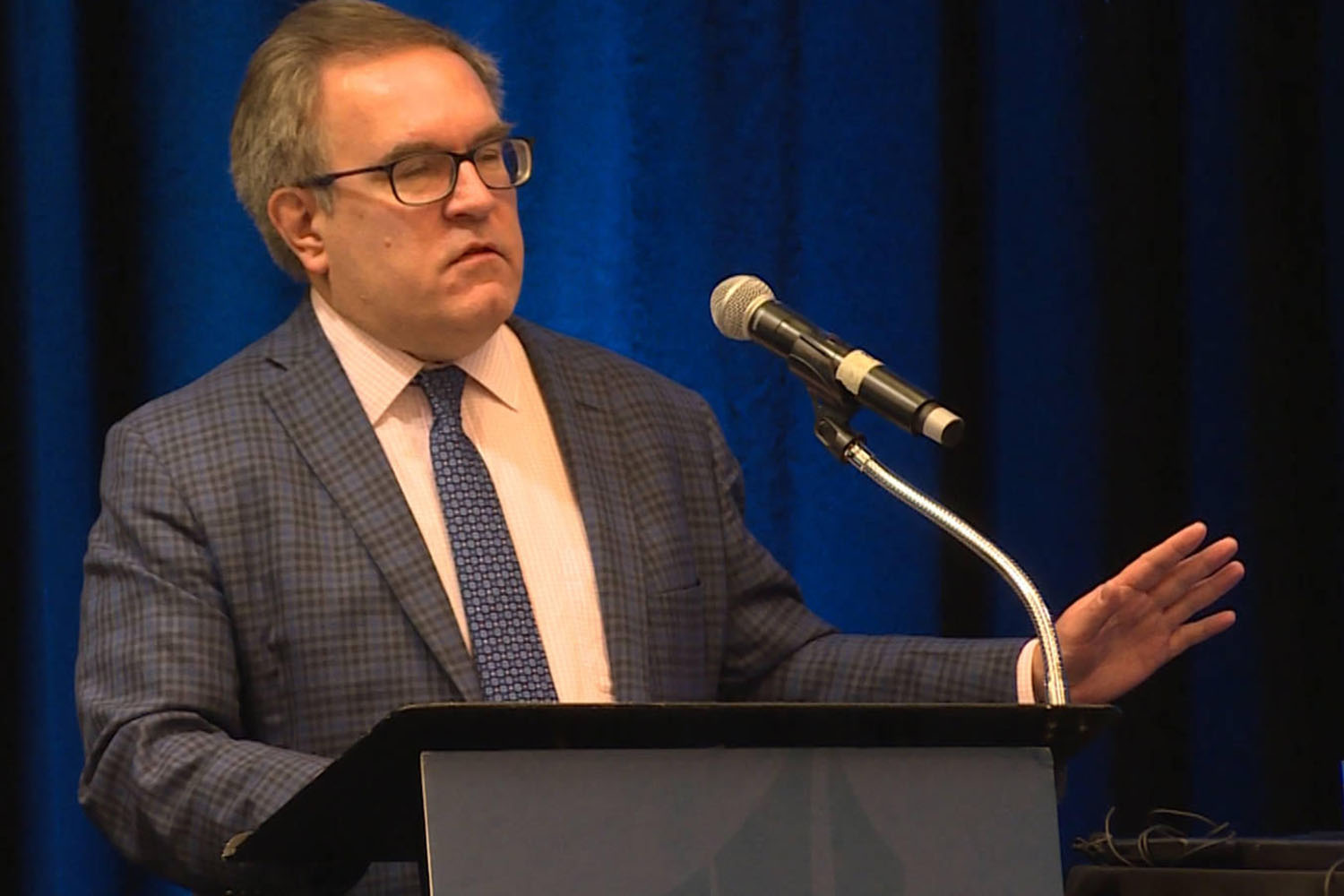 It’s safe to say there have been other things on Hoosiers’ minds than the environment these days. The COVID-19 pandemic has not only affected the health of Indiana residents, but also jobs and local economies. Meanwhile, people across the country are protesting acts of violence by police officers against black men and women.

During this time, the EPA has continued to move forward with its plans to reduce environmental regulation. With everything going on, some worry the public won’t have a chance to comment on some of the agency’s proposals.

Here are seven rule changes the Environmental Protection Agency made or proposed since Indiana’s "Stay-At-Home" order went into effect on March 25:

The EPA wants to require an analysis of benefits and costs of each major rule made under the Clean Air Act to be made public. In a memo from EPA Administrator Andrew Wheeler, the EPA believes the Obama administration often overestimated the health benefits of a rule and underestimated the costs for businesses or utilities to comply. According to The Hill, the proposed change would also downplay how carbon emissions contribute to climate change and the agency’s ability to address several air pollutants in one rule.

June 1 — EPA issues rule to speed up approval of natural gas pipelines and other energy projects that could affect water quality
The rule under the Clean Water Act requires states and tribes to review permit requests for federal energy infrastructure projects within a year. It also prohibits them from denying a permit for anything other than water pollution concerns — including climate change. EPA Administrator Andrew Wheeler said some states and tribes have been abusing the Clean Water Act as a way “to indefinitely delay or block critically important infrastructure.” But according to E&E News, understaffed and underfunded state agencies may not feel they have enough time to review these complex energy permits — and that could actually lead to more denials.

April 21 — EPA redefines Waters of the United States
In a 2015 rule, the Obama administration sought to expand the definition of federally protected waterways to include smaller water bodies like streams and ponds. Because of a legal challenge, the rule never took effect in Indiana and 27 other states. As a result, until the new, Trump administration definition went into effect in April of this year, Indiana was working under the old 1986 version of the rule. The EPA said the Obama-era rule was an overreach of the federal government and created confusion for landowners. The Hoosier Environmental Council and other environmental groups have criticised the Trump administration’s decision. They say it leaves less protections for wetlands, doesn’t account for changes in waterways due to climate change, and ignores the fact that all of these waterways are interconnected.

April 16 — EPA finalizes overturning the legal basis behind the Mercury and Air Toxics Standard
The standard limits air pollutants from coal and oil-fired power plants. Under the Obama Administration, the EPA had to consider “co-benefits” when regulating these plants — looking at other hazardous air pollutants (or HAPs) that would likely go down, not just the ones the EPA was trying to control. The Trump Administration said that made complying with MATS more expensive for coal plants. Under Trump’s EPA, the agency no longer has to consider those co-benefits when making those rules. Right now it’s hard to say if this has had any effect on coal plants in Indiana. When we interviewed the Indiana Energy Association about the proposed changes in January it said most coal plants have already spent a lot of money to comply with the old version of the rule — so it’s unlikely they would change anything now.

April 14 — EPA decides not to tighten standards for particle pollution
Particle pollution (or particulate matter) comes from sources like coal-fired power plants and some industrial companies. It’s been linked to health problems like asthma and heart attacks. Every few years the EPA decides whether to make those standards more strict. In 2006, for example, the agency cut how much a certain kind of particle pollution (24-hour PM2.5) was allowed to be emitted nearly in half. Since Indiana is known for both its industries and its coal plants, it’s no surprise that the Indiana Department of Environmental Management says the state struggles to control particle pollution. By not tightening the standards, coal plants and industrial companies are still allowed to emit the same amount of particle pollution since the rules were last reviewed back in 2012.

March 31 — EPA finalized its rollback of the clean car standards
While the Obama-era Corporate Average Fuel Economy (CAFE) standards would have required auto makers to increase the fuel efficiency of their cars by 5 percent every year through 2026, the Trump administration’s new Safer Affordable Fuel-Efficient (SAFE) rule is a lot less strict — only requiring a 1.5 percent increase every year. The EPA says the old rule would have made cleaner cars more expensive — so low-income folks would turn to older, less fuel efficient vehicles that don’t have new safety features. Environmentalists say it's highly unlikely automakers will sacrifice safety for fuel efficiency and have called the move a step backward.

March 26 — EPA says it will waive some penalties for industrial companies that violate the rules during the pandemic
Companies that fail to do routine things like monitor their pollution could be given a pass — as long as they keep a record of what happened and why they couldn’t comply with the law because of the outbreak. But if companies aren’t monitoring, environmentalists worry we won’t really know how much pollution they’re emitting. They question whether it's a good time to relax enforcement for air quality rules at a time when many people are sick with COVID-19, which affects the lungs. IDEM followed EPA’s lead with a similar enforcement change. The Indiana Environmental Reporter compiled this list of companies that have requested lenience because of the pandemic.