State Gets $3M To Clean Up Polluted Land, Community Benefits Depend On Involvement 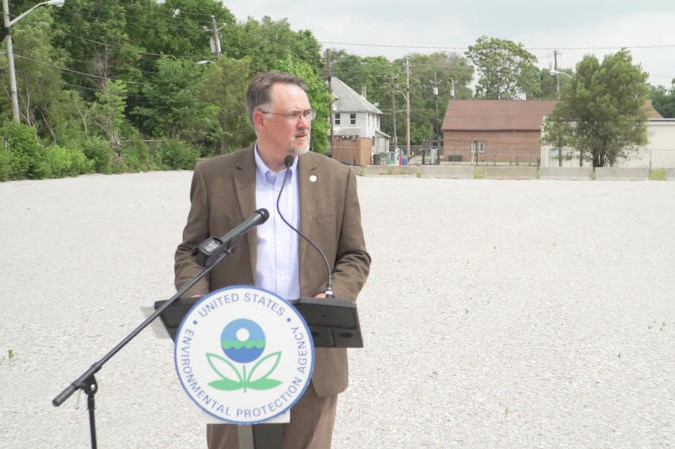 The federal government plans to give Indiana even more money to help clean up polluted sites like former dry cleaners and factories.

On Wednesday, the Environmental Protection Agency announced it will give the state $300,000 in grant funding in addition to the $2.7 million Indiana communities were awarded in May.

“During the past three years, one of EPA's biggest priorities has been to pick up the pace on cleaning up properties so that they can once again be a source of opportunity and pride for local communities,” says Kurt Thiede, the Region 5 administrator for the EPA.

But if developers don’t involve neighbors in their plans, development can actually hurt low-income residents.

Elizabeth Gore is part of an environmental justice group for the Martindale-Brightwood neighborhood in Indianapolis. She says on one of its former brownfields, a developer worked with the neighborhood to build affordable homes, but farther down the street the homes are becoming more expensive.

“Yes, it's making the community — it's upgrading it, but it's also going to end up a tax burden on our community," she says.

And higher taxes could price some residents out of the neighborhood. Gore also has concerns that small industrial companies coming in could recontaminate those sites and may not provide jobs to people in the community.

The EPA also touted its progress with cleaning up the majority of arsenic and lead contaminated properties in the USS Lead Superfund site in East Chicago — including plans to redevelop the former West Calumet Public Housing Complex. However, several Calumet neighborhood residents have opposed the development because they wanted to see the area used for housing again.

Thiede says he thinks there’s been enough cleanup at the Douglas Road Superfund site in Mishawaka to remove it from the EPA’s National Priorities List — a list of some of the most contaminated sites in the country.