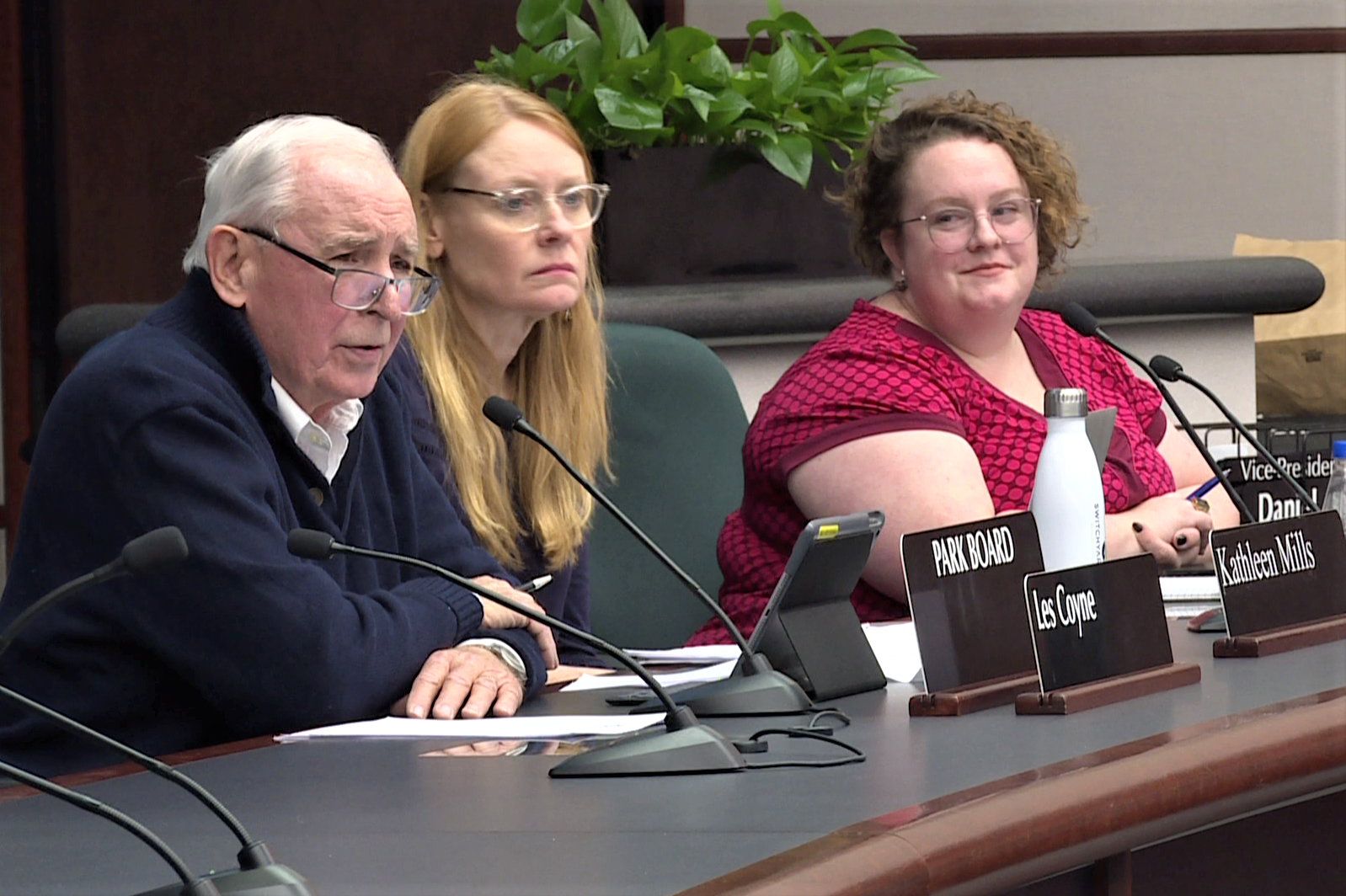 From left, Les Coyne, Kathleen Mills and Lisa Thatcher of the Bloomington Board of Parks Commissioners meeting on Jan. 9, 2019. (Mitch Legan, WFIU/WTIU News)

The City of Bloomington will continue to run the Community Farmers’ Market through 2020. The Board of Park Commissioners voted unanimously Thursday evening to retain control of the market.

The vote eases tensions for many vendors who rely on the market to make ends meet. Earlier this week, over 90 market vendors sent a letter to city officials asking them to keep the market city-run.

“Making the market private doesn’t solve our problem, it creates several new ones,” says Parks Board member Kathleen Mills. “Ones that would not be managed by experienced people and the considerable resources available through the Parks Department. Problems that would be up to some other unknown entity to grapple with. It also carelessly puts the livelihoods of 125 small farmers and gardeners, 17 prepared food vendors and 87 artists up to chance.”

Vendors and patrons alike worried about the future of the market after the market’s Advisory Council said last month threats of legal action could cause the city to stop running the market completely.

However, the public was split roughly 50-50 on whether the city should continue running the market.

Those against retaining the market said continuing to run it would provide Dye a platform for her “identitarian” ideology.

They said continuing with the current rules seemed to favor Schooner Creek’s freedom of speech over those of protestors and other vendors. The board also ok’d and updated parts of the vendor contract related to vendor information.

“The Chile Woman” Susan Welsand spent last year vending next to Schooner Creek and says the board’s decision makes her unsure if she’ll return to the market next year.

“I felt my role this season very strongly was to stand next to them and counter-protest their beliefs,” she says. “I wanted people that came to our market – whether they be Schooner Creek supporters or regular customers, that there are those of us that said this is not ok and we don’t support these beliefs. Part of the way I was able to do that was through my signage. This contract has nothing for me. It takes away my First Amendment rights as a vendor at the expense of all other vendors as well.”

Other activists echoed concerns about their freedom of speech being minimized by the proposed market rules of behavior, which would confine protest activities to designated free speech areas.

After some deliberation and consideration of time constraints, the board moved to table its final vote on the market rules of behavior until its next meeting on Tuesday, Jan. 28 at 4 p.m.

Some of the changes:
- clarified the process for adding stand assistants
- updated mission statement
- Tuesday market will move to new Switchyard Park
- new language clarifying expectations for both vendors and the city

Mills moves to approve the city's continued control of the market. A second from Thatcher.

The decision is unanimous - the city will continue to operate the market.