Bloomington Trash Collection Up More Than 80 Tons During Pandemic 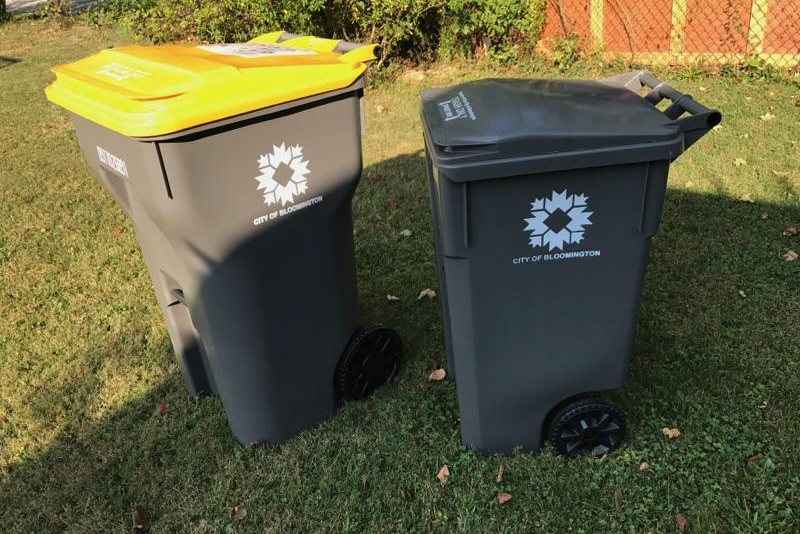 Monroe County residents have been under some type of state or county health order encouraging them to stay home since March.

With drastic changes to many people’s lifestyle, a couple of residents have asked our City Limits series if people spending time at home are generating more trash.

Adam Wason is the public works director for the City of Bloomington.

Since the pandemic started, Wason says the city’s tonnages of solid waste and recycling have been up.

In March this year, the city collected 598.5 tons of trash. The same time last year, that number was around 497 tons.

This April, Wason says, tonnage of trash collected was about 82 tons higher than April 2019.

Recycling rates are higher too.  In March, recycling was about 80 tons more than it was March 2019.

This is despite the fact that many neighborhoods with students have been largely vacated since the pandemic.

“These increases, as vast as they are,” he says, “are with less people in town.”

Wason says the increases can be attributed to a couple factors.

The city saw an uptick in large items, like furniture, called in for collection.

“Folks spending more time at home day in and day out,” he says, “whether or not they found more time to clean out their closets and get rid of things that they had been wanting to for some time.”

He says overall at-home consumption also probably went up, which is reflected in studies that show more money has been spent on grocery items since March, as restaurant and businesses have seen dramatically decreased traffic.

“We’ve definitely seen an uptick in the amount of food containers thrown away, whether it’s milks jugs, different kinds of plastics or bottles,” Wason says.

Wason says the city has also seen an uptick in yard waste containers sold, as more people have time on their hands to collect yard debris for the city to collect.

“We’re looking at several thousand dollars’ worth of increased expenses,” he says. “We’re trying to adjust our budgets to handle those increases.”

This is more complicated now, because budget projections made before the pandemic are not accurate, he says.

The city now has to pay for single stream recycling, since its contract agreement changed with Republic Services. And with more waste and recycling being produced, Wason says the costs add up.

The sanitation program is budgeted on a cash-balance basis, which is different than other city programs.

“We’re really monitoring and cutting costs in other areas to make up for increased costs on labor and disposal,” Wason says.

He says different types of projects and more long-term plans, like repairing part of the sanitation garage, might be delayed to cope with unexpected expenses created by the pandemic.