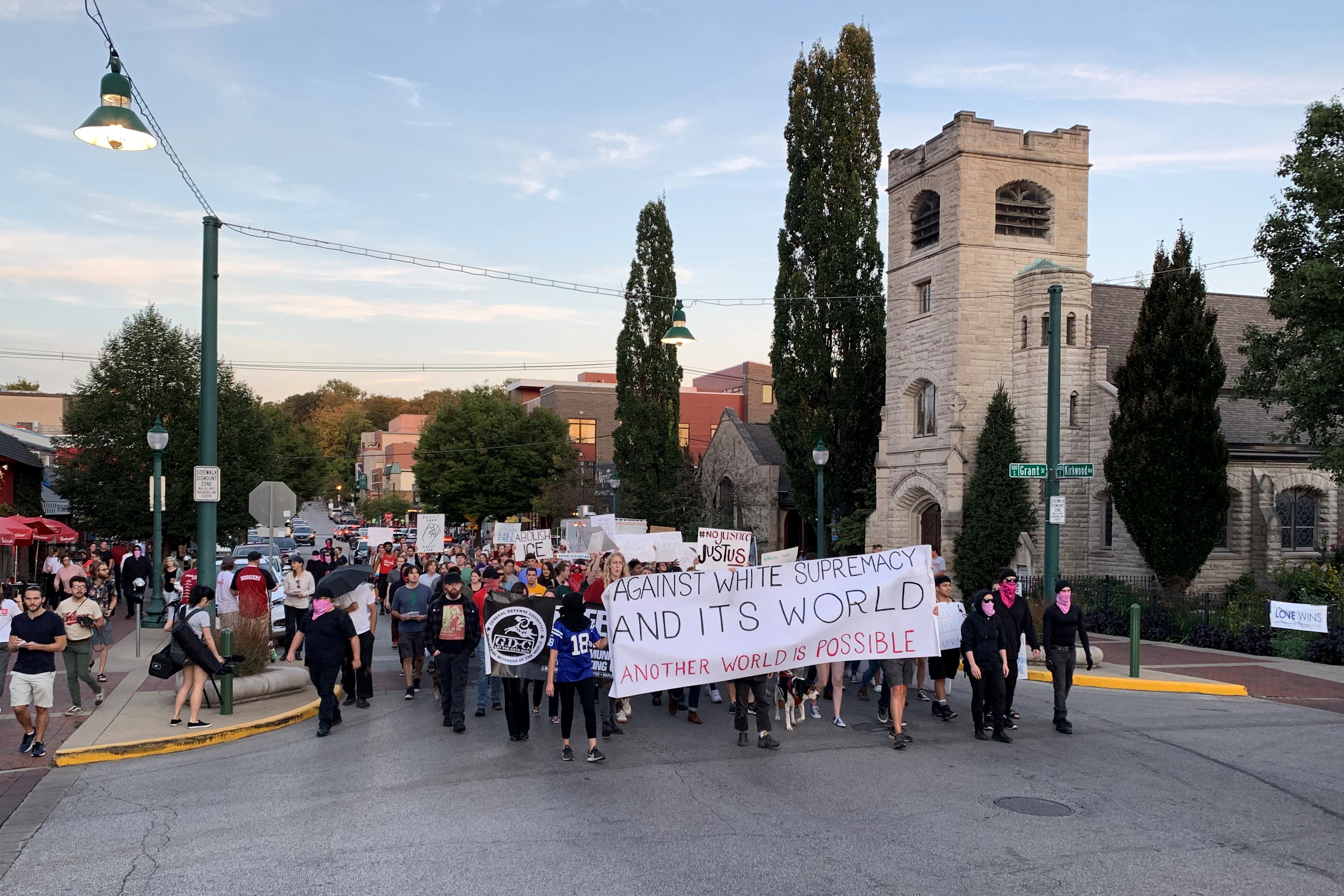 The event was sponsored by the Bloomington chapter of Young Democratic Socialists of America, an “anti-capitalist organization.”

YDSA leader Jess Tang spoke to the crowd that gathered at People’s Park before the march about a recent spate of deportations by U.S. Immigration and Customs Enforcement (ICE). Tang listed the Monroe County Sheriff’s Office’s policy of reporting crimes to ICE as a reason for the march.

“We are here because there are Nazis at the farmers’ market,” Tang said.

Tang is a senior at Indiana University.

Bystanders took videos and pictures as the group marched down Kirkwood Avenue and along the B-Line Trail to Showers Plaza, the site of the Saturday morning market.

About 20 people dressed all in black with bandanas obscuring their faces accompanied the group of marchers, walking around the edges of the crowd. They wouldn’t identify themselves or any organization with which they were affiliated.