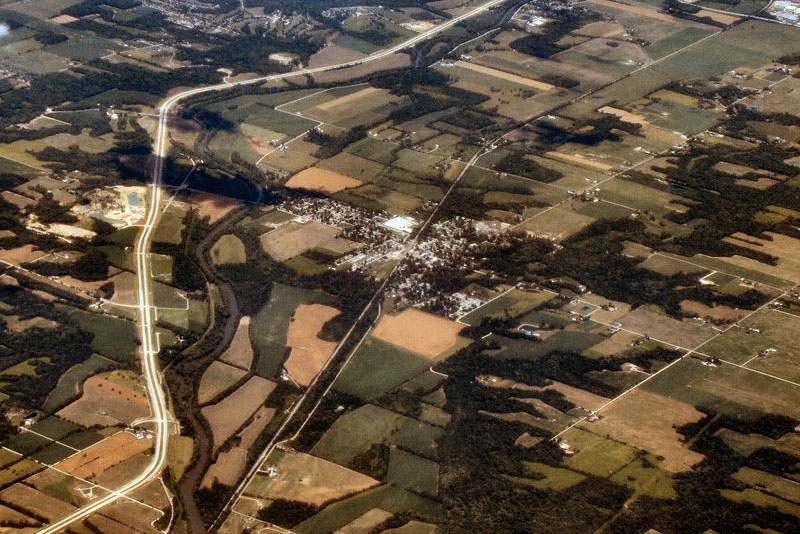 After more than a week of not being able to drink their water due to hazardous chemicals, residents of Andrews have been told it's safe again. But the northeast Indiana town’s water problems aren’t over yet.

When the town’s water supply was running low in May, it tapped into an unused well. It was forced to shut it down again after the town found high levels of the cancer-causing chemical vinyl chloride. Andrews officials said it’s pollution left over from when an old automotive factory — now owned by Raytheon Technologies — contaminated the town’s wellfield.

Growing up in Andrews, Crystal McCoart said she’s always been skeptical of the water. She wonders if it could have contributed to her mother’s past diagnosis with a rare cancer.

Raytheon has a device meant to take industrial chemicals out of the water before it reaches the town, but it malfunctioned and doesn’t have a fail-safe. Andrews officials said levels of vinyl chloride have gone down significantly since the well was shut down — but there are still some industrial chemicals in the water that shouldn’t be there.

Attorney Tom Barnard is representing Andrews in a lawsuit against the company. He said this decades-old device was supposed to be a temporary fix while Raytheon cleaned up the water pollution — and now there’s evidence that it’s not working properly.

Ultimately, Barnard said, the town of Andrews hopes to one day draw from an aquifer that isn’t polluted.

Michael Lake has lived in Andrews since 1991. He’s a party in the town’s lawsuit against Raytheon as well as another suit against the company involving contaminated soil around his former home. He recently spent hundreds of dollars on a water tank and pump to make sure his family was safe.

Lake’s wife has been treated for breast cancer twice and two of his neighbors died from cancer. He said people in Andrews just seem to get sick more often — and not just with cancer, but other health problems like kidney issues.

Lake said he’s been told that if the pollution is affecting the water well near him, it could also be affecting the creek his kids used to play in.

“We have been actively pre-treating the town’s drinking water supply since 1994 and we have never before discovered any contamination above federal safe drinking water limits. At some point in early May, the town started using a pumping well that was idle for many years without informing us, nor letting us know directly that they were experiencing any problems with production at the other two wells that had been safely producing safe drinking water for decades. After sampling the water earlier this week for the second time after a system wide flush and Well 1 being taken offline, the state of Indiana concluded that the finished water being provided to customers meets Safe Drinking Water Act requirements and that the town could cancel their “do not drink” advisory. We are completely committed to remediating the site and working with the town to ensure they continue to receive clean, safe water.”