Solar Farm, Pollinator Habitat To Be Built In Logansport 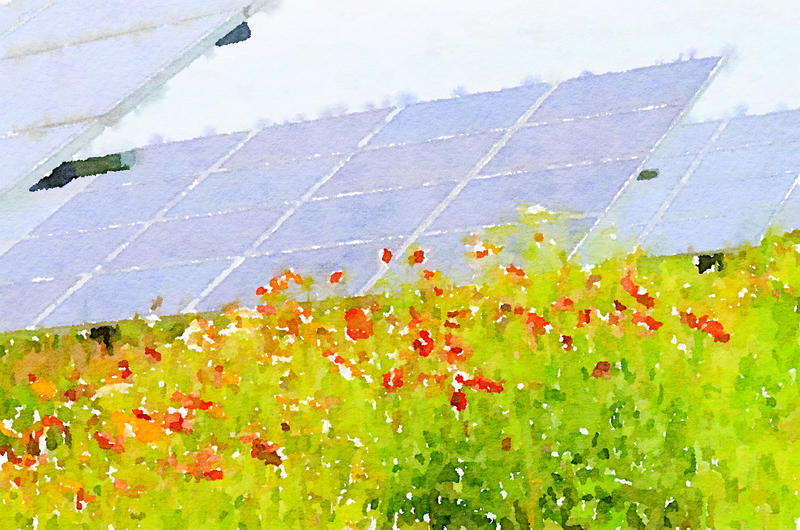 In honor of National Pollinator Week, Indiana company Inovateus Solar  will build a pollinator habitat around its planned 80-acre solar farm in Logansport. The farm is expected to generate almost as much power as a former coal plant which shut down in 2016.

Brock Harpur is a pollinator biologist at Purdue University who is helping to create the habitat. He said in addition to native pollinators, the area could provide benefits for local farmers.

Rob Davis is the director for the Center for Pollinators in Energy at the nonprofit   Fresh Energy. He said the roughly 70 species of plants in the pollinator habitat will also help to cool the solar panels, making them more efficient.

What's more, he said, this kind of habitat requires less mowing, which can get be costly in more ways than one.

"So the more times that mowers go into a solar farm, there's more risk of rock chipping it — you know, flying up and chipping a panel — or a mower colliding with or clipping a panel," Davis said.