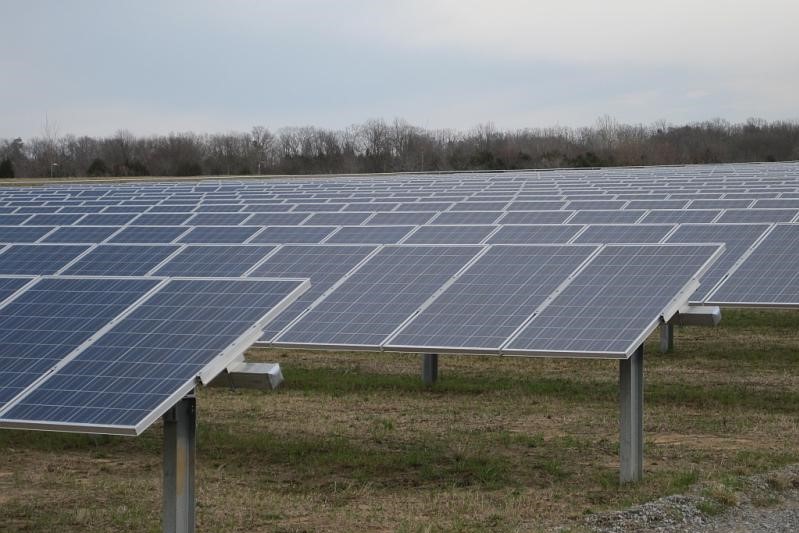 In the next five years, the Indiana utility Vectren will make a huge shift toward renewable energy and away from coal. That’s according to the utility’s latest 20-year plan.

Vectren hopes to retire three of its coal units in 2023. Instead of building a large natural gas plant as the company had originally intended, more than 60 percent of its energy mix will be solar, wind, and battery storage.

Vectren will also build two small natural gas plants to serve as a backup for those resources.

Vectren Director of Communications Natalie Hedde says this will reduce the utility's carbon dioxide emissions by 75 percent and save its customers $320 million.

“It is a large shift, but we feel like it's the right shift that's giving us an opportunity to build a future that's reliant on cleaner generation," she says.

Much like the northern Indiana utility NIPSCO, Vectren turned to the market to find the best sources for its long-term energy plan and mostly received bids for solar and wind projects.

Wendy Bredhold is with the Sierra Club’s Beyond Coal campaign in Indiana. She says this new plan is a big improvement — but Vectren still hopes to keep its remaining coal unit at its F. B. Culley Generating Station in Warrick County running for another two decades.

“In terms of the cost impacts to customers and the climate effects, there's really no reason for them to continue to run that," she says.

Bredhold hopes the utility will consider closing Culley 3 in its next long-term plan, which is due in two years.

Hedde says having a diversity of resources — including coal — will help the company to maintain reliability.