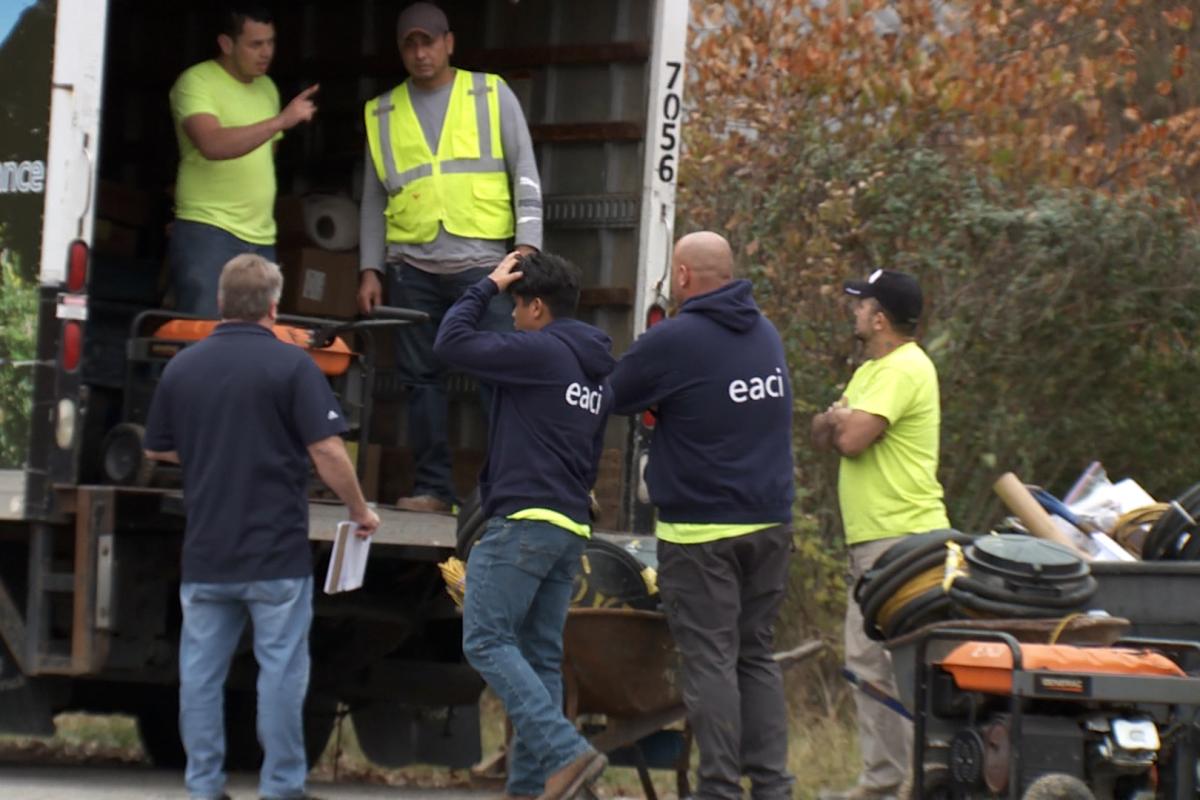 As of Tuesday, 59 homes in the area affected by a controlled burn earlier this month on South High Street have been remediated, Bloomington Fire Chief Jason Moore said.

Moore said all those homes were in the immediate and secondary remediation zones mapped out by the city and the Indiana Department of Environmental Management. The area affected is immediately west of the house at 1213 South High St., which was burned by the fire department for training exercises on Nov. 5.

Crews from two environmental cleanup companies contracted by the city have been in the area since Nov. 9, vacuuming up lead-contaminated paint flakes and other debris that rained down on the area from the burn.

“They're also starting to work out into that outlying area,” Moore said. “And as we're going through along this map, they're checking the properties next to it to see if they're seeing signs or issues that need to be remediated.”

Moore said no one anticipated the problem of lead-contaminated paint flakes until after the training began and the flakes were tested by a resident who had come to watch the burn.

The over-the-counter test came back positive for lead. Moore said when they were notified by the resident of the lead contamination, they changed course.

“Originally, we had planned on allowing that fire to kind of burn itself out,” Moore said. “So, we immediately extinguished it, instead of letting it burn.”

Moore said the fire department went through the process of getting approval from IDEM, but IDEM’s checklist of items to remove for the burn did not include lead paint. The property owner also obtained legal approval.

“When we were told that it was safe, we had no concerns that we would not be able to contain the fire to the property, which is why we decided to move forward,” Moore said.

In hindsight, Moore said the department and the property owner would have walked away from the agreement.

According to a press release from the city on Monday, air-quality tests conducted by Environmental Assurance Company, Inc., and VET Environmental Engineering, the two companies doing the remediation, showed no detectable lead dust contamination in the air. Surface wipe samples in the area also detected no lead presence.

The release said residents can do normal yardwork, but if they do encounter paint flakes to wear protective gloves and treat them as hazardous.

Moore said remediation crews would remain in the area until all the affected properties have been cleaned.

He said even if lead becomes included in IDEM’s checklist for materials to be removed from structures before burning, the fire department would not be burning structures in the city as long as he was chief.

“I don't know what else is in a home that may be a health hazard in the future,” Moore said. “We did receive some very valuable training out of this, but it's not worth the risk.”