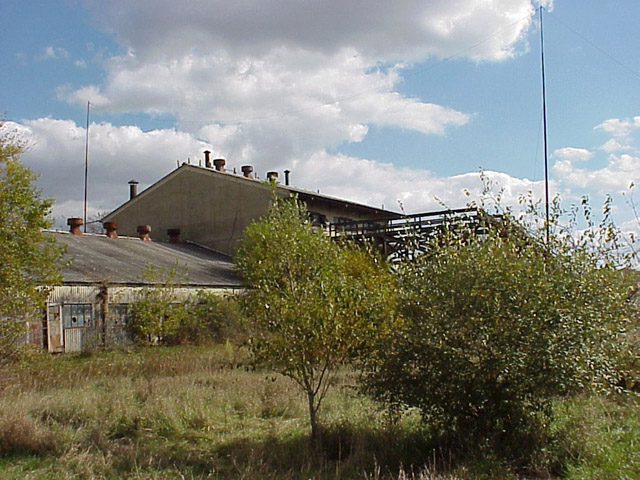 The grounds of the former Kingsbury Ordnance Plant have enjoyed new life as the Kingsbury Fish and Wildlife Area since 1965.

In 1940, as the United States mobilized for war, federal authorities at the War Department identified Kingsbury, a small town in northern Indiana, as a prime location for munitions manufacture.

The region was far enough inland to escape an enemy attack but well-placed to distribute goods to both the East and West coasts. If a tragic factory mistake should end in a devastating explosion, the area was sparsely populated and insignificant to the nation’s infrastructure.

LaPorte County was particularly well-situated: the flat, even terrain was intersected by several major cross-country railroad lines and a network of state and county roads, and offered adequate well and river water. The Kingsbury plant was built on a twenty-square-mile plot between 1940 and 1941 to be one of the largest shell-loading plants in the nation.

Staffing such an enormous operation in a rural area proved a formidable challenge. The plant initially sought 10,000 workers, and the entire population of LaPorte numbered only 16,000 in 1940. To accommodate the influx of labor, the War Department constructed a new town right outside the factory gates. Kingsford Heights consisted of more than 2,600 dormitories, trailers, and prefabricated homes. Todd & Brown, the firm hired to build the plant, also financed repairs to existing homes in LaPorte and encouraged area residents to rent spare rooms to Kingsbury workers.

Through the United States Employment Service and local labor unions, the plant recruited in towns and cities up to fifty miles away—including Gary, where employers faced new competition with Kingsbury’s high wages. Gary resident Mary Kay Maisel, who had worked at U.S. Steel as a secretary while her husband served overseas, recalled that “All my friends were going to the ammunition plant in LaPorte, however, so I went with them.”

Work at Kingsbury was dirty, difficult, and dangerous, and African American employees were consistently assigned to the most hazardous tasks. In 1942, twenty-one-year-old Esther Sanders was hired at Kingsbury to weigh powder for bullets. She recalled that as she worked, she could hear other staff testing the bullets outside, a sound that frayed her nerves. She also spoke sympathetically of a coworker whose initially untreated powder burns required lifelong pain medication.

Kingsbury’s automated assembly line forced workers to remain alert and productive despite tasks that might be physically taxing, repetitive, or both; the assembly lines were only dimly lit, and many of the materials had to be quickly assembled with tweezers. All workers had to wear protective clothing and shower before leaving, as one chemical component turned any exposed hair or skin orange. Further, because workers routinely handled explosive powders, they followed strict rules concerning where and when they could smoke.

The plant’s design reflected the potential for disaster—four separate buildings were partially underground so that if one exploded, the structural integrity of the others would not be compromised. The pressure of producing for the war only compounded the physical dangers that were endemic to ordnance work.

Luckily for Kingsbury’s workers, the plant endured its four-year existence without any major accidents. In August 1945, the war ended, and the Kingsbury Ordnance Plant began the process of shutting down.