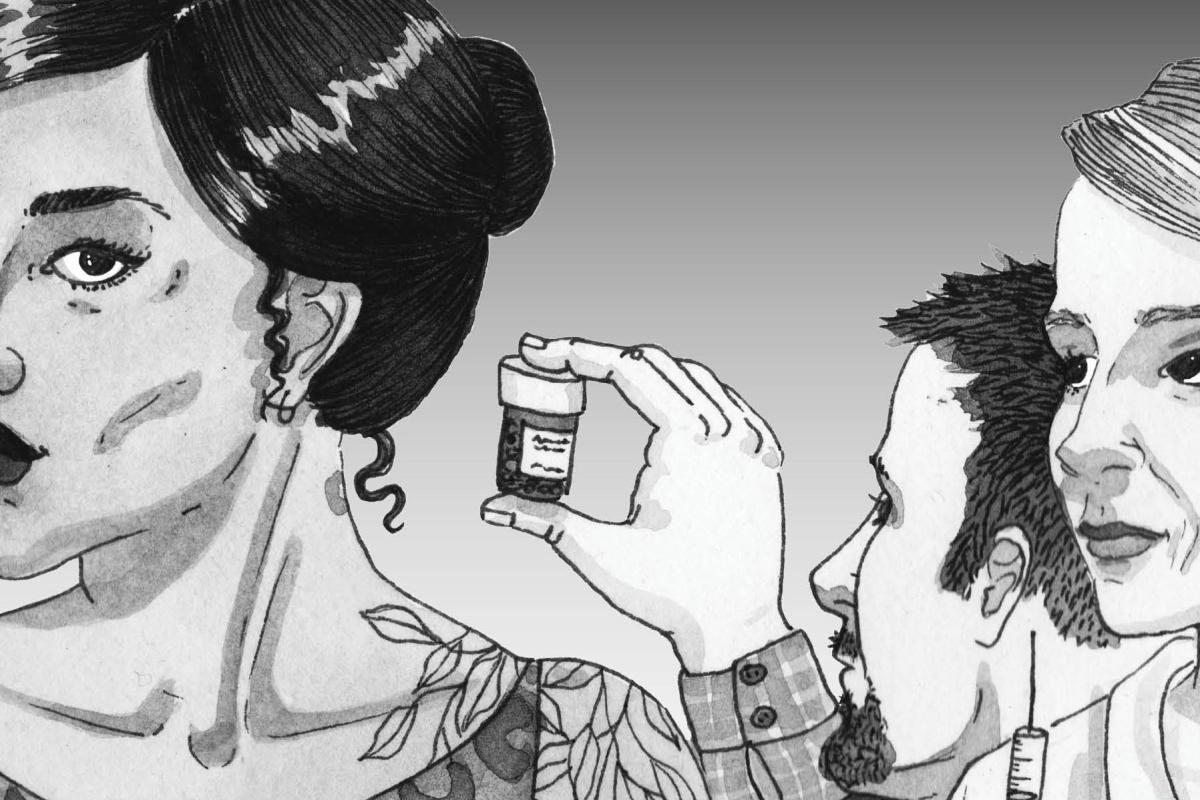 Detail from the cover of Trans Medicine, with artwork by Ileana Haberman (Courtesy of stef shuster)

This spring, states across the country have passed an unusual amount of legislation targeting LGBTQ+ people, especially young people. Alabama, for example, passed the strictest anti-transgender legislative package in history, the “Alabama Vulnerable Child Compassion and Protection Act.” The law makes it a felony for a doctor to perform a surgery or even prescribe medication for a gender transition to anyone under 19. In Texas, governor Greg Abbott made official the position that gender-affirming treatments for transgender youth “constitute child abuse.” Here in Indiana, the legislature has not - yet - been quite as restrictive. But it did just override a significant veto. Republican governor Eric Holcomb had vetoed a bill that would keep transgender girls out of girls’ school sports because, according to him, the bill didn’t solve any real problem. Then, on May 24, the legislature used a technical session to override that veto. That means, in Indiana, at least for now, transgender girls cannot join sports teams with other girls.

With all that in mind, I want to replay a conversation we aired on WFIU last fall, as the last episode of our interview show, Profiles. This is a conversation with sociologist stef shuster. stef teaches sociology at Michigan State University. They’re the author of the book Trans Medicine: The Emergence and Practice of Treating Gender, which came out last year. Trans Medicine looks at how health professionals interact with patients who come in looking for gender-affirming care. There’s not a ton of scientific research on medical care for transgender folks. Combined with medical providers’ own lack of experience, that undermines their ability to put together good treatment plans and help people make medical decisions related to gender.

This week on Inner States, stef shuster talks with guest interviewer Stephanie Solomon about their time in Bloomington, how they ended up studying the sociology of gender, and how doctors’ own relationships with uncertainty shapes how they interact with trans patients. Solomon is the Youth Program Coordinator at the Indiana Coalition Against Domestic Violence, and was once shuster’s neighbor in their undergraduate dorm at IU.