Welcome to Harmonia…I’m Angela Mariani. Today’s wedding processionals might be accompanied by a string quartet, an organ, or recorded music. In centuries past, weddings of the rich and famous were accompanied by entire orchestras. Horse ballet, mock naval-battles, operas, sculptures, and grand multi-day feasts were expected events at European aristocratic weddings. We’ll hear music from a few famous weddings of the Renaissance and Baroque. Our featured release is Hymns of Kassianí, music by 9th century Byzantine nun, Kassía.

Pavan and two galliards from “The Early of Salisbury” by William Byrd. Alina Rotaru was the harpsichordist. We’ll hear more music for a British royal wedding by Byrd coming up.

Eleonora walked through a triumphal arch made of tall columns, ornamental molding, and a storytelling-frieze all designed for the occasion. Statues adorned the plaza in front of Saint Mark’s and decorations adorned the Medici palace. The sounds, sights, and smells must have been magical. Days of plays, music, and more festivities exploded into opulent joy around the whole city of Florence—all to celebrate the wedding of Cosimo de Medici and Eleonora di Toledo in 1539. Composer Francesco Corteccia wrote music especially for the occasion. Let’s hear “Ingredere” and “Sacro et santo Himeneo,”—music for a Medici wedding.

Weddings of Italian aristocrats in the Renaissance were so over-the-top that they rivaled royal weddings. On Valentine’s Day 1613, British Princess Elizabeth Stuart married Frederick V, later Holy Roman Emperor and King of Bohemia. Like the Medici event described earlier, this wedding included music, feasts, art—but also staged naval battles along the Thames River. At least the gender reveal events of today haven’t quite reached the point of staging military operations! Engraver William Hole even published a book of music for the keyboard instrument called the virginal, dedicated to Elizabeth Stuart for the marriage. Titled Parthenia, or the Maydenhead of the first musicke that was ever printed for the Virginalls,” and yes, you heard that right, it was first intended as a wedding gift. Hole later re-dedicated it [quote] to all the Maisters and Louers of Musicke,” an easier sell to the general public. Here’s a Pavan and Galliard by William Byrd from Parthenia.

A wedding present for Elizabeth Stuart upon her marriage to Frederic V. We heard Pavan and Galliard “Sir William Petre” by William Byrd from William Hole’s collection of keyboard music called Parthenia. Alina Rotaru was the harpsichordist.

Welcome back. We’re looking at Renaissance and Baroque weddings this hour.

Gaspare Vigarani’s machines and theater sets must have been spectacular at the 1661 premiere of the opera Ercole Amante. They depicted shipwrecks, Juno’s rage, and more, showcasing the latest technology for the new French King: Louis XIV.

When Louis XIV took his place on the French throne, he was already married to Maria Teresa of Spain. Ercole Amante, an opera with music by Francesco Cavalli and ballet by Jean-Baptiste Lully, was commissioned to mark that royal union. The libretto, written by Francesco Buti, takes after Ovid’s Metamorphosis, but it involves Louis XIV and his queen, too. The opera tells an improbable love story between mythological characters—Hercules’s son Hyllus and his lover Iole, whose father was killed by Hercules. We’ll hear scenes from act 4 of Cavalli’s opera.

“So Venus wants thus” and “But what is stolen in love” from Francesco Cavalli’s 1661 opera Ercole Amante. Soprano Mariana Flores was joined by Capella Mediterranea and Clematis with Leonardo García Alarcón conducting.

Louis, Dauphin of France was son of Louis XV and a descendant of Louis XIV. Although Louis the Dauphin never became king, three of his sons did. His first marriage was a happy one, but it ended when his wife Maria Teresa Rafaela of Spain died three days after giving birth to their first child. For their wedding, Jean-Phillipe Rameau wrote Platée and he collaborated with Voltaire to write La princesse de Navarre. We’ll hear music from both pieces. First, the storm from Platée. Then, “Raging winds, cheerless storms” from La princesse de Navarre.

Soprano Chantal Santon-Jeffrey was joined by Orfeo Orchestra led by György Vashegyi [zhorzh vaSHE-zhy] in pieces by Jean-Phillipe Rameau. We heard music for the wedding of Louis, Dauphin of France to Maria Teresa Rafaela from Platée and La princesse de Navarre.

We turn now from the celebratory to the sacred. Ninth-century composer Kassía wrote music for public Byzantine worship. Her hymns were printed in service books in Constantinople—Istanbul, today. A nun, abbess, poet, and musician, Kassía’s writings were instrumental in developing Byzantine liturgy. Also known as Kassíni, Eikasía, Ikasía, and Kasía, her music is brought to life here by Capella Romana led by Alexander Lingas. We’ll hear music for Christmas day, “Stíchera Prosómoia” which begins, “O let your ears be attentive, to the voice of my supplication.”

“O let your ears be attentive, to the voice of my supplication,” music for Christmas day by Kassía from our featured release is Hymns of Kassianí.

In Greek culture, Kassía’s life has been told as legend in devotional texts, novels, and poetry. Whether fictional or not, the story goes like this: some 9th-century aristocrats held a show to parade eligible women in front of Emperor Theophilos. [The-AH-fil-us]. The emperor approached Kassía, finding her especially lovely. Theophilos told her that [quote] “it is from woman that evils flow,” referencing Eve’s fall from Eden. Kassía replied, saying, “But it is also from woman that the very best springs.” With this, she reminded Theophilos of the Virgin Mary’s role as Mother of Christ. Although Theophilos was impressed by her answer, he thought she was too assertive to marry. Here is Kassía’s penitential hymn for Holy Wednesday.

Thanks to our studio engineer Michael Paskash, and our production team: Aaron Cain, Wendy Gillespie, LuAnn Johnson, and John Bailey. I’m Angela Mariani, inviting you to join us again for the next edition of Harmonia. 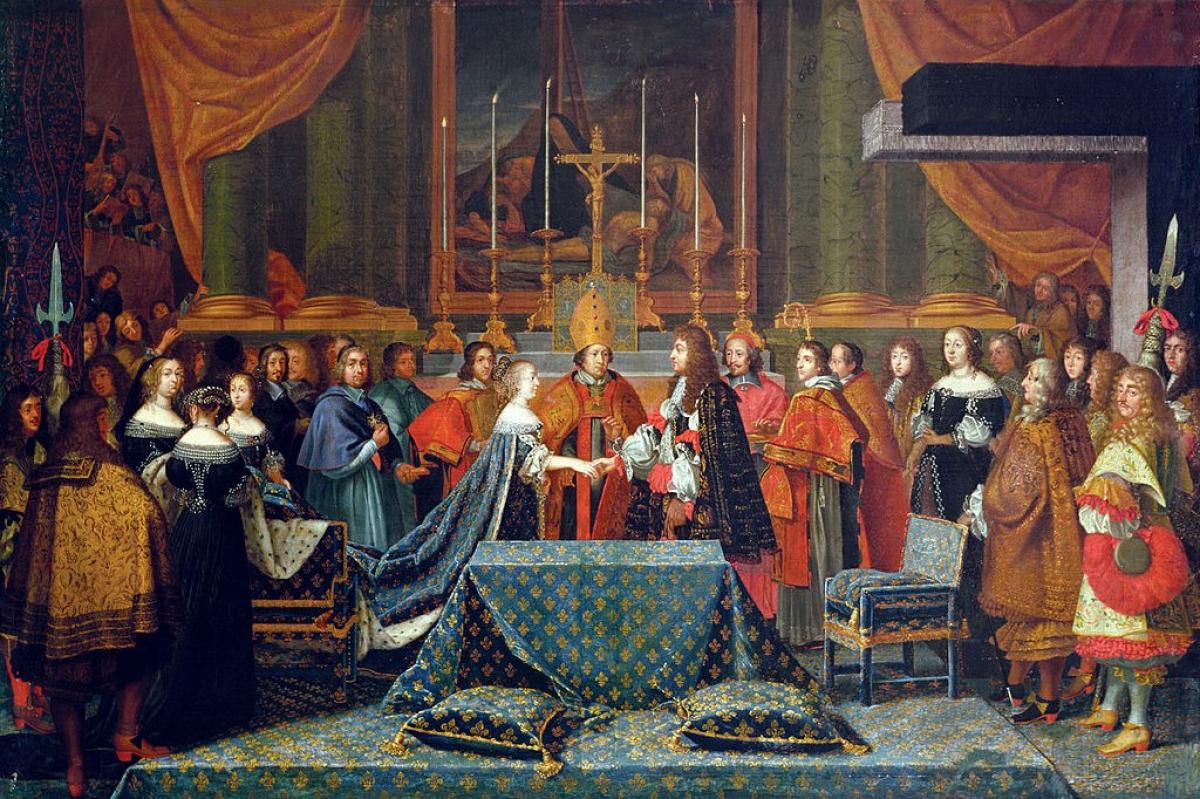 Today’s wedding processionals might be accompanied by a string quartet, an organ, or recorded music. In centuries past, weddings of the rich and famous were accompanied by entire orchestras. Horse ballet, mock naval-battles, operas, sculptures, and grand multi-day feasts were expected events at European aristocratic weddings. We’ll hear music from a few famous weddings of the Renaissance and Baroque.