A Tribute To Scott Reiss 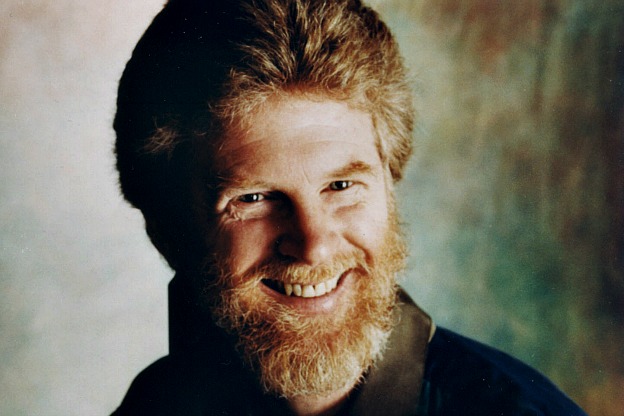 This hour, my guest is bowed string specialist Tina Chancey, and we're remembering Scott Reiss, an early music pioneer and phenomenal recorder player, who passed away ten years ago this year on December 15th, 2005. Tina, Scott's wife and performing partner, will share some memories of Scott, and we'll hear music from a wide swath of his career, along with performances by two of his students.

Let's start with a set of variations on the traditional English tune "Dorrington Lads," from the 18th-century Northumbrian collection entitled Nine Notes that Shook the World.

From medieval, renaissance, and baroque music, to British and Spanish Colonial, to Appalachian, Blues, Irish, and World music-recorder player Scott Reiss was a master. Scott passed away exactly a decade ago, but his legacy in the recorder and pipe playing world continues.

He once said, "We all live the same length of time, exactly one lifetime."

Tina Chancey brings us this remembranceâ€¦

Â Born near Allentown, PA to a family of Pennsylvania Dutch farmers, Scott was a clarinetist who discovered the recorder in high school. Almost entirely self-taught, he met Robert Eisenstein on his first day at Antioch College, (he was sitting under a tree playing the recording and Bob walked up and said, "Hey, I play one of those.") The two went on to form the Antioch Consort with guitarist, then lutenist, Christopher Kendall.

Â When Christopher talked Folger Library director O. B. Hardison into hosting an in-house renaissance music ensemble in 1976, the Antioch Consort was rechristened the Folger Consort. Before Scott left the group in 1998 to pursue a doctorate in Ethnomusicology he picked up the hammered dulcimer, Irish penny whistle, psaltery, sordune and dumbek, which he played in concert and on the group's many recordings.

Let's hear Scott with the Folger Consort performing one of their signature pieces Sonata X, (a 17th-century sonata in canzona form, with continuous contrasting movements), by Giovanni Baptista Fontana.

Scott and I first met at an early music workshop in 1970, though we didn't become friends until I came to play with the Consort in the late 70s. We became a couple in 1978, and Scott lured me down to Washington two years later by offering to start a chamber music group for me. "I've heard that one before," I said, but nevertheless I relocated, and he founded Hesperus in 1979. Although he created it as a baroque group, Scott was curious about all sorts of music styles, and Hesperus' repertoire soon expanded to include British and Spanish Colonial Music, medieval and Renaissance music, and the group's own creation: "Medieval and Appalachian fusion." In 1992-the Columbus Quincentenary-Hesperus' Spain in the New World recording was played in every museum on the National Mall, and the group's reputation was launched.Â

Tim Page of the Washington Post wrote of Scott:

"He piped with fleet, exuberant abandon, spinning out complicated, rapid-fire melodies with such energy and humor that his audiences often burst into amazed, delighted laughter before they remembered to applaud." (12-17-05)


Hesperus gave Scott the opportunity to diversify even more. While maintaining his early music chops, as witnessed by this Vivaldi sopranino concerto, he began to develop two new crossover styles: Classical Blues, merging medieval and early 20th century blues, and an Irish and medieval fusion that grew into his 2002 CD, The Banshee's Wail. Those Banshee recording sessions were some of the most exciting and terrifying ones I've ever participated in. We improvised all the arrangements, taking our cues from Scott, just trying to keep together and match his ferocious energy.

Scott was not only an inspiring performer but a scholar-pursuing a PhD in Ethnomusicology at the University of Maryland-and a dedicated teacher. He pioneered an approach to learning music by ear called SoundCatcher, which he and members of Hesperus taught at summer workshops with folk musician Bruce Hutton.

Baroque flute and recorder player Alexa Raine-Wright was one of Scott's students at a workshop. She recalls:

One of the things I remember most about Scott was his sense of humor and his love of laughter. In a technique class about halfway through the week, Scott was introducing the historical double-tonguing, "didd'le", in combination with various vowels to affect tone color. I was a few minutes late to the class, and walked in to hear him say, "There are an incredible number of ways you can use vowels and consonants to create variety in colors, even in fast passages. The default is didd'le didd'le didd'le, but you can say dadd'le dadd'le, dood'le dood'le, deed'le deed'le ... Or if you're late, like Alexa, you dawdle dawdle dawdle!"

- (A recollection there from Alexa Raine-Wright, a former student of Scott Reiss.]

Both Alexa and Laura were students of the late Scott Reiss. Alexa says of her mentor: "â€¦It wasn't only his mastery of technique and touching musicality that made Scott an inspiring mentor - his passion for mixing styles of music made anything seem possible."

Laura Osterlund recalls: "There were no limits to Scott's imaginationâ€¦ I also remember his soulful, drawn-out playing of "Ay mi!" in Guillaume de Machaut's virelai."

Let's finish with one of Scott's favorite Irish tunes, performed here as a tribute by members of Hesperus.

In the ten years since Scott's death, Hesperus has developed and performed seven early music soundtracks to classic silent films such as the Mark of Zorro and Robin Hood, and I've started a multi-year recording project celebrating the 18th century pardessus de viole. Remembering Scott's insatiable curiosity and brilliant performing style keeps me going-for more than 25 years I had the amazing luck to perform with a consummate communicator, and I knew that whenever we stepped onstage together, it was going to be great.

Thanks to Tina Chancey for her remembrances this week of Scott Reiss. Scott was a creative force, a virtuoso player, a master of bringing together music from different traditions. His music and his spirit lives on in his students, his musical colleagues, and his many recordings, and for that we are grateful.

We'll transition now to our featured recording, and we're keeping it in the familyâ€¦We'll hear music from the pardessus de viole project that Tina mentioned. The pardessus de viole is the smallest and the highest pitched member of the viol family. It was played primarily by women in the early 18th century.

Special thanks to Tina Chancey, Laura Osterlund, and Alexa Raine-Wright for their memories of Scott Reiss.