A Tour of the Tudors 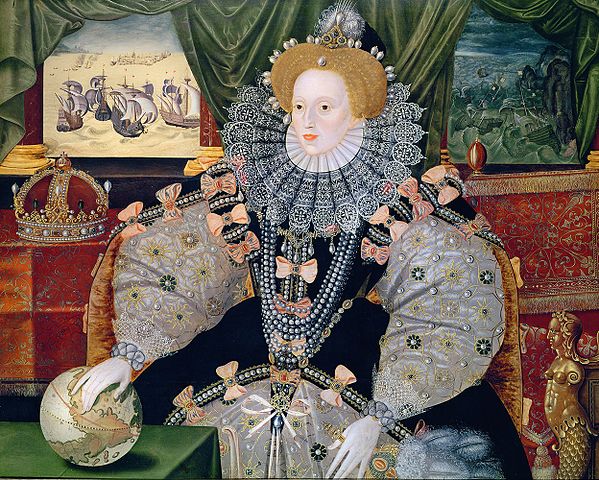 The Tudor period was marked by the flourishing of sacred music in the chapels and cathedrals of England. Join us this hour on Harmonia as we explore “The Tudors,” from famous names such as Thomas Tallis and William Byrd, to the significantly more obscure. Our featured release is La Compagnia del Madrigale’s 2017 recording of the Monteverdi Vespers.

We heard Stile Antico, from their 2012 collaboration, Tune thy Musicke to thy Hart, with the viol consort Fretwork. That was Giovanni Croce’s “From profound centre of my heart,” a madrigal-style sacred work, intended for home devotional use rather than as part of a public worship service. Could you hear the musical illustration of Psalm 130’s “sad groans”?

The Music of Thomas Tallis

The Tudor period was a great time for sacred music in England. Between 1485 and 1603, religious music flourished in the chapels and cathedrals of the English monarchs. This hour on Harmonia, we’re going to explore some of that music, starting with the music of the indomitable – and extraordinarily long-lived! – Thomas Tallis.

We heard the anthem “If ye love me,” by Thomas Tallis, performed by the appropriately named Tallis Scholars, under the direction of Peter Phillips.

Thomas Tallis, who was born around 1505, and died in 1585, is especially notable for having managed to mostly avoid the swirling religious controversies that engulfed most of his peers. Tallis, who personally remained an unreformed Roman Catholic until the end of his life, was not above making vast shifts in the style and scope of his music to suit the desires of the reigning monarch.

Out of the Depths

Like Thomas Tallis, Robert Parsons was composing sacred music during a period of major religious upheaval in England. Although we don’t know much about his life, like many of his contemporaries, he probably began his musical career as a choirboy, and he is known to have been associated for many years with the Chapel Royal.

We heard the Australian choral ensemble Cantillation, with a glorious setting of “Ave Maria” by the Tudor composer Robert Parsons.

John Sheppard, born around 1515, was almost an exact contemporary of Robert Parsons – Thomas Tallis, despite having been born earlier, ultimately outlived both of them – and like Parsons, was at various points associated with the Chapel Royal. Many of Sheppard’s English-language choral settings comply with the demands of the Protestant reformers for simplicity and clearly audible text. His five-part setting of the Lord’s Prayer, however, transcends those boundaries, and ultimately becomes something much greater than the whole of its parts.

We heard John Sheppard’s setting of the Lord’s Prayer, performed by the Choir of St. John’s College, Cambridge.

As the Byrd Sings

Welcome back. We’ve been exploring the sacred music of the Tudor period, from composers both well-known and less so. Like Thomas Tallis, William Byrd had a long and fruitful career. He adeptly navigated the perilous religious waters of the era, and composed a great deal of both sacred and secular polyphony, as well as keyboard and consort music.

We heard a setting of the Nunc dimittis, a crucial part of the Anglican service of evensong, by William Byrd, performed by The Choir of King’s College, Cambridge, under the direction of David Willcocks. Prior to that, we heard the Magnificat from that same service of worship.

La Compagnia del Madrigale is an Italian early music ensemble, whose singers specialize in the performance of the virtuosic Italian madrigal. Their 2017 recording, with Cantica Symponia, La Pifarescha, and Giuseppe Maletto, of Monteverdi’s famous 1610 Vespers, has proved controversial in some early music circles. The tempi are frequently at odds with other historically-informed recordings, and in a sense, the whole style of performance harks back to the earliest days of the early music revival – only now, enhanced by the authentic period instrument and vocal sound that we have come to expect from modern recordings. Have a listen for yourself. See if you can hear what I mean!

We heard the Sonata sopra Sancta Maria, from Monteverdi’s 1610 Vespers, as performed by La Compagnia del Madrigale, from their 2017 recording on the Glossa label.

The writers for this edition of Harmonia was Elizabeth Clark.