Say Who? Tomàs Milans I Godayol 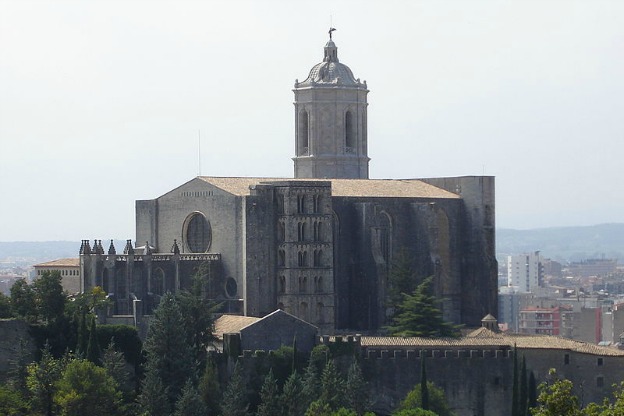 Composer Tomàs Milans I Godayol, as far as we can tell, isn't even in Oxford Music Dictionary Online so that brands him "Very Obscure Indeed" in our estimation!

A 2012 Musièpoca recording of religious music of Tomàs Milans i Godayol, is performed by the ensemble La Xantria, directed by Pere Lluis Biosca. The Catalan word spelled x-a-n-t-r-e, (pronounced something like shon-te), used to refer to the singers in the chapel, though today it indicates the clergyman who directs the chant of the cathedral choir. Putting aside its spelling, hearing the word xantre might bring to mind the French word for singer (chanteur) and with good reason!

Catalonia is  close to France geographically in the northeastern part of what is now Spain. It all seems relatively simple until you consider that Catalonia has the official status of a nationality. It has a complicated history but suffice it to say that during our composer’s lifetime, which was the late 17th- and early 18th-centuries, Catalonia lost its autonomy in the War of the Spanish Succession. Regardless, it is still, to many of its citizens, a completely separate entity from Spain.

Milans' father sent him to study in Barcelona, and he became a choirboy at two cathedrals and one of the most prestigious chapels there. The War of the Spanish Succession caused significant upheaval in that chapel, and Milans was transferred to the cathedral in Girona, where he remained until his retirement in 1735, and where a certain amount of his music still resides.

Barcelona was an important center for music, and among the many things that wars do, they advance the migration of cultures. The war introduced some of the most modern musical influences of the time, including Johann Joseph Fux and Antonio Caldara. Listeners who are familiar with some of their works may be intrigued to compare them with what they hear on this CD.